You are here: Home / Alternatives / 8 Fun Games Like Monkey Quest for Kids

There are many games that will keep your children (and you) entertained for hours at a time, but what happens when they tire of a game and need a Monkey Quest alternative?

It can be difficult to know what games won’t show your children inappropriate ads, allow them to make purchases, or just include any violence you don’t want them to see. 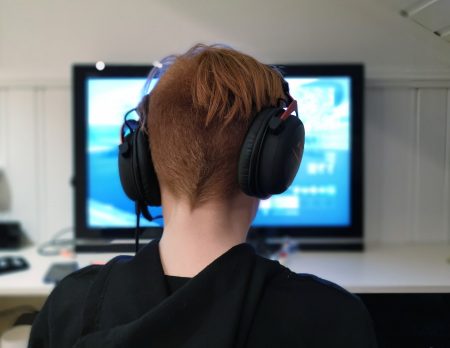 You know there are games like the Monkey Quest app out there, but you don’t have time to play through every game to ensure they are safe.

Luckily, we’ve been able to do that for you.

We were able to find some games similar to Monkey Quest which should keep your kids playing, learning a bit, and having fun. They won’t cost you a lot of money (or any money at all, in some cases) and are totally safe. Here are our picks:

If you are looking for something that feels like Monkey Quest but is its own game, Amazing World is a fantastic option. It is an MMO player game designed for children 6 and older, but I think even younger could play.

It comes from the same developer as Webkins, so you know it is high quality and won’t have problems which bring your kids to you all the time asking you to fix it.

Throughout the game, your children will be guided by the narrator who helps them when they get stuck. Her name is Queen Vexa, and she is the boss. She likes to cause some mischief in her town.

While this game is developed for 6-year-olds, I personally wouldn’t recommend it for anyone over 8 or so. It does feel a little childish. 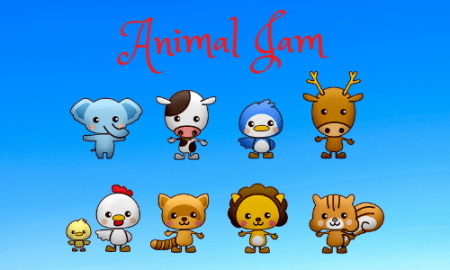 If you want a game with which children can learn and have fun, Animal Jam is a great resource. Developed in 2010, it still feels exciting and new. It is maintained by National Geographic, which means the information is accurate.

Your child will learn about animals, plants, and other natural phenomena in guided stories. This is a virtual world, but your child won’t get to interact with other children, which means it is safer.

The game doesn’t take place on Earth. Rather, it takes place on Jamaa, which is similar to our earth but there are a few things which are a bit different. Animal Jam has mini games, shops, and facts scattered throughout, but you don’t need to spend your own money to play.

If you have slightly older children who want to play an MMO game like Monkey Quest, Chimpoo is a natural alternative. It has some of the best graphics and takes place in a huge virtual world. There are a ton of people playing (and some bots too, I expect).

Even so, it seems quite safe for the most part, but of course, you should always check up on what your children are doing.

The best part about Chimpoo is you can create an avatar that looks just like your child, picking out everything from hair and skin color to clothing. Your child can play different games, solve puzzles, and compete with other players. Your child will be able to make friends and immerse themselves in great games.

I see this as a natural next step in MMO gaming before entering into the worlds of Minecraft or Roblox.

Another MMO game, Endless Forest is a third-person perspective video which helps children who are just learning how to play these types of games. As such, it does feel a little bit younger than some of the other options on the list. In the open-world environment, players become a deer who wants to explore the first. He can interact through sounds and movements, so you don’t have to worry about safety.

There are already thousands of animals in the forest, so your child will have to learn how to live in peace with them. At the same time, they will have pool parties, play tag, dance, and other games. It is a really cute game with a fun soundtrack.

If your child has already played MMO games, Fantage is a great next step. He or she can customize their avatars, make friends, and play games. The real standout here is that there are plenty of special events which keep the game feeling fresh, even if they’ve been playing a long time.

One downside is the currency they need to do certain things. You will be able to purchase currency, earn it by playing games, or earn it while watching advertisements.

Jump Start is a great MMO where your child will learn different games, compete with friends and strangers, battle it out, and earn currency. While these things may seem like they were created for older kids, the game actually focuses on kids as young as 3 and all the way up to 8.

It has easy-to-learn controls, a good soundtrack, and is quite addictive. You’ll have to wrestle the tablet away from your child!

However, you won’t mind because your children will actually be learning while they play!

If you don’t mind spending money on your child’s games, Moshi Monsters is a great game. It is a bit reminiscent of Neopets in that you can adopt a monster and keep it as a pet. You have to take care of that pet, play with it, feed it, clean it, and watch it grow. It is a bit of a basic game, but millions of kids have loved it.

The game continues to shift and change, so the best may be upcoming. Even so, you will have to buy an account to get everything, but the free version is still quite fun.

If you want your children to learn while they play, Secret Builders is a fantastic option. Parents will get regular updates to see what their children are doing and what they should be learning (and how much time they are spending in the game). The game is played on tablets or desktops through the app or web browser.

Video games are no longer a thing for couch potatoes. They can help your child to learn about the world, learn basic skills, and even learn how to be safe online. Be sure to monitor what they do while they are online, but allow them to learn and play as well.