You are here: Home / Alternatives / 8 Games Like Fun Run To Get Lost In & Dominate

There are certain games- apps like Fun Run- where you can get lost in the gameplay and before you know it, hours have passed and you haven’t moved. 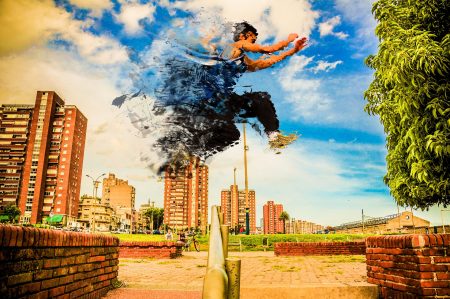 There is just something special about these open-arena games. They feel a little bit like arcade games, have fantasy elements, and have great controls so that you play in solo and multiplayer modes with ease.

We went through many games that are similar to Fun Run to try to determine which ones are the best- or at least those that live up to the promise of Fun Run. Each game has unique features that make it feel different from Fun Run, but they are in the same vein.

Play against the evil wizards Zahgrim and Aganar, who work together to spread trouble and want to take over the world. You have to find six eyes that they’ve scattered all over the world, but it isn’t easy. This single-player game like Fun Run doesn’t end there. You get to achieve different ranks, follow storylines, and just relax while moving around the game. 2 – Castlevania: Symphony of the Night

Castlevania is a name that you probably recognize, but this game like Fun Run is filled with action, great graphics, fighting, and amazing sounds. The graphics really steal the show here because the castle is one of the most beautiful creations on any platform.

When you play Castlevania, you play as the protagonist and fight against Richter Belmont in Dracula’s castle. This isn’t closely based on the castle from the novel, as it has many secrets. You need to collect weapons and fight without losing your health. It becomes increasingly challenging as you go and you will have to play some levels a few times.

Pros: Easy to learn how to play, but hard to master; absolutely fantastic graphics

Cons: Some levels are really difficult

Kirby’s Epic Yarn is a multiplayer game like Fun Run that has single-player options, but the multiplayer game is much more dynamic. Released almost a decade ago, the game stands up to the tests of time. Play as Kirby against Yin-Yarn. You will have amazing skills (when you eat certain power-ups) and help the Princess to get Patch Land back together. You transform into different objects, depending on the level.

Throughout gameplay, you have to unlock different levels, new music, new abilities, and more. It can get a little annoying when you cannot open the new level.

Cons: Some levels seem way too hard to unlock Kya: Dark Lineage is another app like Fun Run that is fast-paced, action-packed, and filled with tricky levels. You play as a female protagonist, which is somewhat rare. There are many, many levels in this game that will keep your attention for a long time. As you get better, so does your character. At first, she’s a bit clumsy and doesn’t move well. As you gain points and beat levels, she gets stronger and faster.

Play to explore the platforms, collect prizes, and complete tasks. You will have to answer puzzles, complete obstacle course style levels, and defeat evil.

Cons: There are a few bugs here and there

Lep’s World 3 is the latest and best game in the series. You can play it on almost any platform. The developers combined old school controls with beautiful graphics and amazing gameplay to make something that feels truly special. You play in a world known as “Leprechaun,” and you are Lep. Fight against evil trolls and try to save your friends and neighbors. Not only do you have to fight, but you also have to explore, spy, and strategize to help everyone survive.

Cons: Some of the levels feel a bit too easy

The New Super Mario Bros Wii game is a side-scroller and a single-player game that lives up to the standards Nintendo has set. It combines the cast from Mario that we all love, but has some great additional features and characters. If you’ve played Mario game before, you will recognize a lot of the power-ups, players, and enemies. You either play as Mario, a Toad, or Luigi. I wish you could play as some of the other characters – but hopefully, that comes in the future.

Cons: Can only play as four of the characters, so multiplayer is a bit limited

Pandemonium 2 is a great multiplayer game like Fun Run where you play as one of two characters, Nikki and Fergus. Each character comes with their own skills, so you may want to try out both before you make your choice. You will go into the fantasy world as that character and then the fun starts. You collect power-ups, solve strategic puzzles, and fight enemies. Each level gets progressively harder, and you will have to do a few levels many times to advance. The bounce levels are the most fun, in my opinion.

If you are looking for a rich story along with amazing graphics, this is a great app to try.

Cons: This is a heavy app – clear space!

Zombie Parkour Runner combines a few different game styles into this unique take on a platform. Each level combines action, puzzles, strategy, and a bit of luck. Free to play on your phone, it gets updated regularly and rarely has any problems. Mostly, Zombie Parkour Runner is a running game where you use controls to perform parkour to earn rewards. You also have to go after a stolen stone and try to figure out what you need to do to pass the next level.

Cons: It can be pretty tricky!

These are just a few of the available games like Fun Run that are on the market today. Every gaming platform has a ton of options – make sure to shop around. Don’t be afraid to try some of the older games, they make up the backbone of Fun Run and every other game that we play today.