You are here: Home / App / Best Would You Rather Apps

Playing would you rather games are always good fun. They can get a little out of hand and the choices can become a bit crazy but that’s what makes it exciting. Like most games, all of them are usually changed into an app at some point such as hangman and tic tac toe so why should would you rather be any different? If you’re curious about the origin of would you rather, then make sure to read about ithow it came about. Meanwhile, have a look at the 10 best would you rather apps to make your day: 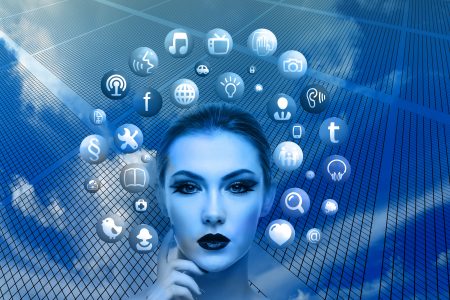 We’ve also included some would you rather questions taken from each of these apps so that you can play along as you read!

Probably the most well-known would you rather app with an iconic red and blue background which is a theme a lot of these apps will follow. The format of this app is simple and dependable: it’ll give you a question and you have to choose which one you’d rather, easy! When you select your answer, the app will tell you the percentage of people who agree and disagree with your choice so you can see how the rest of the players think.

Surely everything is better when it’s free? The app Either is no exception. It follows the same red and blue format and gives you would you rather questions to choose from. This app also gives you the ability to favorite a question that really made you laugh and also share a question to get your friend’s opinion on it and to show off your answer. You can also look at a variety of comments from users who discuss the question you’re on to see the general thoughts. Either also gives you a percentage of who chose what answer and the actual amount of votes for each choice.

“Would you rather watch LOST or watch the Office?”

This or That breaks the theme by having a green and purple color scheme instead of red and blue. The question is asked in a different format of ‘this or that’ instead of would you rather but it’s the same concept. Like the previous apps, you are given a percentage of people who voted for each answer and can also share the results on Facebook to see whether your friends agree with you on your choice. This or That is different because you can collect coins and these can be spent on a different color format or to unlock themed questions such as: sex, party games, Christmas and crazy. Every time you answer a certain number of questions, you get coins and enter a new level. This app makes it seem more like a genuine game rather than just a series of questions.

“This or that: have supervision or superhearing?”

4.What would you choose?

What Would you Choose gives you options on how to play this fun game. You can either choose quick play or choose topics such as food, random, real life and powers. Unlike the other games, this app does not give you a percentage when you choose an answer. It does, however, tell you how many questions you have answered and the percentage of times you chose the first answer instead of the second to see if there is a pattern.

5.What would you rather Anime Trivia

Are would you rather games not enough? Do you need more? If you’re an anime fan, then this is the perfect app for you. It’s the same format of would you rather but all the questions are focused around anime for you Naruto and Bleach fans. This app gives you a percentage of votes on each answer, and shows you the total of votes made on the question altogether. The usual red and blue theme returns for this app. If fandom-themed would you rather apps seem like a fantastic idea, then why not try thisHarry Potter would you rather game to fulfill your cravings?

“What would you rather? Save Rei or join Light and use the Death Note?”

If you’re into anime, then you’re probably partial to a bit of Japanese gaming. Why not check out how to play Pokémon on your iPhone 6 and iPad.

Would You has an animated theme which is a lot more fun and cartoony than the others. It gives you a percentage of votes for each answer after you have chosen and also gives you an opportunity to share your choice to your friends.

“Would you keep one hundred mice as pets or wear nothing but polka dot clothes for a year?”

What’s Worse is a slightly darker version of would you rather with a more sadistic sense of humor. Whilst you’re waiting for your questions to be downloaded, you can read a joke presented by the app to kill time in order not to die of boredom. Unlike others, you also have the option to skip questions if they are not interesting to you. Once you choose an answer, the app shows you a percentage of how many people answered which question. You can also share and favorite each question. An exciting feature is that you can add your own questions to the game which makes you more involved and results in some funny submissions.

What’s Your Choice is a standard would you rather app if you want normal fun. You can look at the questions you have favorited and the app gives you a percentage of people who chose each answer.

“What’s your choice? Have a pet dragon or be a wizard?”

“Would you choose? Imagine someone can tell you where you’d be in 20 years but you’d be powerless to change what they tell you.”

Choose or Die is a would you rather game that gives you impossible choices that are hard to answer. Like What’s Worse, you can suggest a question and submit it to be more involved in the app. You can choose between career mode or just for fun to find the perfect pace to suit you. The game is interactive – you can shake your phone in order to change a question, it also gives you a percentage for the answers after each choice you’ve made.

Would you rather games come in all different shapes and sizes to fit all age ranges and senses of humor. Play these games with your friends to strike up debates and cause laughter. It’s also a perfect app to play by yourself to kill time and fill up the space of the day. If you enjoy these apps a lot, why not get them on your pc by following this guide? And if you ever have a problem with your Samsung or Sony phone, check out android system recovery to avoid the worst disasters. That’s a good question. What would you rather? Samsung or Sony?