iTube, the Apple app that lets you stream music was incredibly popular.  While a lot of people in the western world might have opted for more traditional music streaming options floating around at the time, iTube was used by millions worldwide and in many different languages. With a wealth of playlists and thousands of additional channels available, perhaps the most astounding fact about it was that this was all for free. 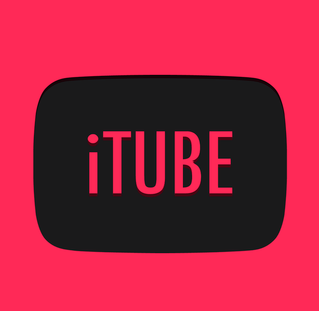 It was going so well until Apple had to close it down, as iTube bypassed the music paywall created by iTunes. After all, a free music and video app and one of the biggest music download stores can’t really sit on the same app page and get picked equally or not expect to face issues and lawsuits.

The good news is many apps are similar if you know where to look for them. Without further ado, here at 10 best apps like iTube for music and video on demand.

As Youtube is one of the most popular music and video sites online, most people try to head to the app for music and video. Only to find that when they click away to use other device features, Youtube closes. This makes it virtually useless for on-the-go listening unless you have the time to sit and just hold your phone.

SmartTube solves this problem by letting users view popular music videos and other clips from most genres. You can download the videos and use them offline, and still use Youtube or other apps at the same time while SmartTube continues to play.

If you find yourself regularly offline and don’t want to miss out on music specifically, check out these 7 apps for offline listening.

VIATube for Youtube is one the best offline players that let’s you watch Youtube videos without network or location restraints. This is a great feature and makes it similar to iTube in terms of ease of use.

Many people don’t realize their apps use data and even if they do they aren’t always sure of how much, which means you could go over your data allowance. If you’re watching videos on your phone especially with a slow connection or poor signal the process can be painful and all that waiting time can end up costing you.

Thankfully, VIATube has offline options and the ability to save the videos you love so you can watch them anytime, anywhere in the world. For more info on apps and data click here to get up to speed.

ProTube is for iOS only and in terms of how it compares to best apps like iTube, ProTube is probably doing even better than iTube thanks to technological advancements.

The main issue with standard Youtube app and many of the free streamers is even if the content is view-able, the layout, options and feel of packages are often all over the place.

Well with Protube, there’s really nothing to worry about. Say hello to a new stylish alternative to iTube and other large video sites that’s affordable and available offline.

Are you thinking what’s the catch? Here’s a full review of ProTube to show you that when it comes to building an app in an overcrowded market, to succeed you really just need to hone in on the wants and needs of the video-streaming demographic.

With a few small changes to layouts, searches and choosing to operate at the top-end of the market for paid music and video apps has allowed ProTube to go ad-free and offer more than many apps in the same category.

All of the best apps get some if not nearly all their content from Youtube and other premium sites, so to keep you going here are 10 more apps similar to the content king that is Youtube since the demise of iTube.

Some of the sites listed in their own right in the above link are directly viewable from Insta Tube. Think of sites like Vimeo or Dailymotion that have grown in terms of popularity and upload quality over the years.

WorldTube is one of the most similar apps to iTube still around and working well at present. The latest version is still free from the Apple store too. The interface allows you to directly search from Youtube rather than just videos uploaded to other apps from Youtube.

What made iTube so popular was the range of videos with over 15,000 channels catering to users worldwide. There was also a decent subtitle and read feature that Youtube videos can still fall short on today, but using WorldTube gives you a richer viewing experience by allowing everyone access to top global content.

An app with a very similar playlist management style to iTube. Some mobile users particularly those with Windows phones prefer using MyTube over one of the larger streaming options.

The layout is easy to use with a clear interface. The settings and search box we’re all familiar work as you’d expect, along with trending videos and popular categories. Explore millions of videos from Youtube and utilize the watch history and  like, comment, share and subscribe to your favorites as you would normally.

One very cool feature discovered by a user is that you can watch or sync MyTube to multiple devices at the same time from the Windows phone app, so you continue viewing videos wherever and whenever you feel like it. MyTube also had to undergo a pretty hefty update to be up to speed with Windows 10 but so far the results have been good.

An app with a very similar layout to Youtube for iPhone and Apple products and containing many of the same videos. It’s definitely a best app like iTube with both music, video playlist options.

While you need to use have a data connection or Wifi to download tracks and video to your library. Once you’ve built your library, you can play all saved items offline seamlessly.  For more offline streaming choices see 4 apps that don’t need Wifi to work.

This app gives you the best of both worlds, with quality music and video. The days of iTube style listening and library management have been upgraded, with Music TV being the only video streaming app available for iOS that automatically scans the library of your phone, iPad or iPod touch and finds the relevant video to match.

If you want a continuous stream of content but don’t have the time create playlists and download music, as long as you have a connection you’ll always be able to listen to pre-made channels and playlists through the app as well using the standard search feature.

As everyone wants to be able to cache their music and videos for offline listening and easy of use, it can sometimes be hard to find the highest quality if look through normal search engines to find videos – they always end up  being restricted.

Combat this with AudioTube where it’s wise not to choose the official videos at the top as these are laden with advertisements and restrictions and choose the mid level videos for the best experience.

Beyond that AudioTube gives you the freedom to organize your videos as you wish – for an “audio” site the amount of TV and movie available is also good. To be sure you don’t get limited search results, be sure to check relevant categories and use the filters, too rather than relying on what’s generated from the main search.

An app with reasonable merit as it has partial Youtube integration. While you can watch videos offline with this app, be aware that when you’re using this app with data on, it may work in the background to produce the most relevant pages for your next visit.

This data usage is however what makes the app fast and easy to use. Any playlists you create can be stored into the cloud along with any other favorites. Play non-stop content from popular pre-made lists and channels, without ads and see all of the hottest categories.

The video quality is surprisingly good for a smaller app, proving that you don’t need to be the biggest app to be one of the best apps available.

While there’s no definite top app for replacing iTube that got phased out in 2015. There’s much praise for Protube which is a hit and if this was developed for other mobile platforms, it could dominate as the main app for streaming most music and video.

If we look at some of the other apps they might go into decline unless they do serious updates  to sort bugs and design flaws that will stop them being able to compete with the larger, professional-style apps as time goes on.

Above we’ve covered the 10 best apps like iTube to help you stream music and video more easily. You’ve got plenty of choice when it comes to these apps, it’s just finding which one or two are going to work best for you.