You are here: Home / App / How To Be A Facebook Beta Tester

You’ve heard about this Facebook beta tester thing and now you are curious about. You want to know what it is and why you would possibly want to become one. Here you will learn all that information as well as how to be a Facebook beta tester if you so choose. The process is simple and just might be something you’d like to do for the fun of it. Take a look at the answer to the most common questions about this program. 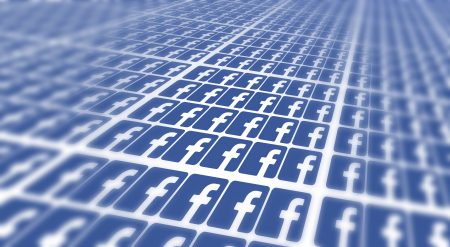 What Does it Mean When a Program is “Beta”?

What does it mean when you are doing a beta test? What is “beta”? First, it is the second letter of the Greek alphabet and in software development is the second phase of testing for a program. Of course, it is used for more than just software. Beta testers are the second round of people testing almost any new product.

A Facebook beta tester is someone who is a part of the beta test for the Facebook Android app. As a tester, you download the latest version of the app before it hits the public market. You use it just like you would regularly and tell Facebook about any problems that arise during use. Since Facebook updates the Android app regularly, you will also be getting updates the beta version of the app regularly to try out and give feedback.

What Do I Get for Becoming a Beta Tester?

One of the main reasons why people decide to become beta testers is to get free stuff. Whether the test is for software or actual physical products, you get it before anyone else and get to use it free. You also get to keep the product.

Since the Facebook app is free already, you aren’t really getting something free for your work. You are getting new versions of the app before anyone else. This means you see the new features and designs before your friends and family. You can tell them about what is coming. It feels good to be in the know.

As a tester, you are also given the job of helping to better the product. If you use the Facebook app regularly you might enjoy knowing that you help keep it working great and are partly responsible for its success.

What Do I Need to Become a Facebook Beta Tester?

There no school requirement or even country requirement to become a tester. Anyone can do it. You aren’t actually doing any coding or messing with the inner working of the app. You are just using a new version of Facebook app just like you would if you weren’t a tester.

You have decided to become a Facebook App beta tester to get your hands on the newest version of the app? If so, follow these steps below:

How Do I Report Problems as a Beta Tester?

Facebook has two groups you can (and must) join to report problems with the app as you test it.

How Do I Stop Being a Beta Tester?

You can opt out of being a beta test for Facebook at any time. The process to opt out is just as simple as opting in.

You know now all about becoming a Facebook beta tester. Does it sound like something you would enjoy trying? If so, give it a go and see what you think about having a little bit of power in your hands.

Do you want to know how to be a Facebook Beta tester? First you must know what you will actually be doing as a beta tester and then follow these steps to become one.