While most mobile operating system releases have followed fairly typical release patterns and simple, numerical titles (1.0, 1.1, 1.2, etc.), we’ve come to count on Android for having something clever by which to refer to each major release of its hugely popular OS. This can most certainly be said of Lollipop, one of the most innovative version of Android to hit the market, and one that many tech-interested people are still in search of a download for.

When Lollipop hit the market in 2014, it brought with it quite a few highly-deserved and highly-desired features for Android users. Whereas its ever-popular competitor–Apple’s iOS–is only ever deployed to iPads and iPhones, Android functions across a much broader range of devices, which means that updates and new features need to work across a much larger range of hardware specifications. Lollipop did this and did it with aplomb, which resulting in it being one of the best-regarded Android releases in the operating system’s history.

Officially, Android has only just begun to move past Lollipop, which was technically version 5.0 of the OS. February 2016 saw the first release of the “Marshmallow” update, which is 6.0 and the official successor to Lollipop. However, many users aren’t eager to embrace a new operating system that’s fresh out of the gate, and so it can be a great benefit to have a downloaded version of the operating system available for custom installation; this is our purpose, today.

In the following guide, we’ll explore some of the reasons that Android Lollipop is still embraced as the best version of Android to date, and then follow up with some of the resources that you can take advantage of to continue using Lollipop as long as you’d like, whether you’re on an Android-ready device, or even your Mac or Windows PC. It should be stated ahead of time that downgrading from a newer version of the Android OS to a previous version is not recommended since it can cause serious software and hardware malfunctions on your device. Additionally, the downgrade process is going to be different depending on which type of smartphone or tablet you’re using. There’s no one, single set of instructions that you can follow to get this done, which makes the entire process quite convoluted.

In the several smaller updates that followed the big release of Android Lollipop, the operating system grew to include several features that have become staples of the Android experience. Banners and notifications received several ground-up redesigns and benefits that brought them up to par with Apple’s own iOS notification system, something that Android users had been clamoring for. It also added a wealth of new design features for independent developers.

Rolling Back the OS

In short, downgrading your Android device to a previous OC release is a headache. It’s such a headache that I’m willing to go out on a limb and say that you should strongly consider not even doing it, both for your sake and for the sake of your Android hardware and software. You put yourself at risk of causing serious harm to your Android device and compromising both your apps and your stored data, in doing so.

Additionally, no downgrade process is going to be the same, thanks to the wide variety of different types of hardware that Android is running on. Consider the wealth of different devices available from Samsung, Motorola, Asus, and others, and you’ll begin to see just how many different hardware configurations are running Android. The method that you’ll use to downgrade your OS–should you decide to do it–will change depending on the device type.

In short, it would require something akin to an encyclopedia to describe each method in detail. We won’t be using our guide for this, but I will certainly provide the directions that you’ll need to search in, in order to accomplish this:

Forgoing any of these things can lead to your device becoming an awful mess. Thankfully, there are other resources that can provide deeper instruction if this is a process you’d like to pursue.

Some users, on the other hand, only want to roll back their apps to previous versions rather than an entire operating system. This is much easier to do, and won’t require a factory reset of all your phone’s memory and settings. We’re straying a bit from our discussion of Android Lollipop, but if you’re looking for the Lollipop version of an Android app rather than the actual operating system itself, this can be found both through the Google Play store and also through the web pages of many apps’ developers. Rather than requiring any deep modification, this process only asks that you delete the updated version of the app, and replace it by installing the older version.

Here, we arrive at a much easier way to get access to Android Lollipop, and you can accomplish it from the comfort of your desktop or laptop computer. Instead of using a device designed for Android software, we’ll be using an emulation program to trick your computer’s resources into hosting the Android operating system.

It’s safe, it’s secure, it’s entirely legitimate and legal, and you’ll also save yourself from having to put any smartphones or tablets at risk through rolling back your current OS to Lollipop. There are quite a few reliable emulators available online, some of which are free. However, most free Android emulators only allow you to run the version of Android OS that’s tied to that particular emulation software. Currently, only one emulator allows you to run and maintain Lollipop.

AMIDuOS is a top-notch emulator from American Megatrends, and though the “Pro” version of the software costs $15, it will net you two instances of the Android OS: Lollipop and the previous version, Jellybean. Keep in mind that this isn’t a recurring subscription; a single payment will net you emulation software that you can download, install, and use at your leisure. Any apps that you download from the Google Play app store will be just as legitimate as the instance of the Android OS that you’re running. 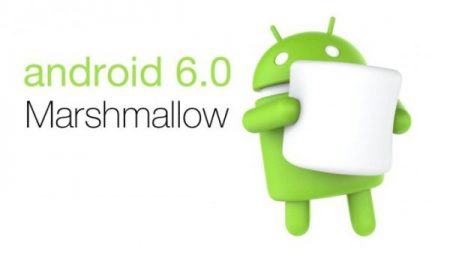 Of course, now that Android 6.0, called “Marshmallow,” is rolling out on many different types of devices, it’s going to be harder and harder to get ahold of Lollipop. This isn’t necessarily a bad thing; in spite of the usual batch of errors and bugs that still need ironing out–both of which are expected–most users have reported being pleased with all of the fine-tuning that Marshmallow has brought with it.

…and more! While these are among the more noteworthy changes and additions presented in Android Marshmallow, more exist, and in the minor updates that we see during Marshmallow’s lifespan, we’ll likely see more. Still, there are some game-changers for the Android OS, in particular, the voice command API and the fingerprint API, which will allow third-party apps to take advantage of two immensely useful pieces of smartphone technology, allowing them to innovate in new and exciting ways outside of the Google bubble.

Regardless of innovation, there’s quite a lot to love about the previous iteration of Google’s Android OS, as is suggested by the large number of people that want to keep it around on their smartphones and tablets. Regardless of your motivations, the above guide can give you some helpful pointers and information about the process. If you have any questions or comments, leave them below!

For once, you've got some time to kill. You could go on a walk, call your … END_OF_DOCUMENT_TOKEN_TO_BE_REPLACED

Playing games on your phone can be a great way to kill time, relax, or just take … END_OF_DOCUMENT_TOKEN_TO_BE_REPLACED