You are here: Home / App / What Is DQA App? We Have Answers For You!

Many users of Samsung devices, including Galaxy S1 and S8 Plus, have reported that they are seeing an error message when they try to connect to Wi-Fi that reads “Samsung DQA Keeps Stopping.” This message can be distressing, especially for people who have new phones.

For the most part, cellphone providers have been good at answering questions and concerns about the notification, but it can still be annoying to ask the questions and work with someone to get answers for your problems. Unfortunately, there doesn’t seem to be one universally accepted fix just yet, but there are some things that you can do.

For the most part, the problem started for many Galaxy S8 owners who started seeing the popup immediately after they updated their phones. For some, the update was around for a few days and then it went away. Others have had to face the problem for some time now. While our methods won’t fix the problem completely, it will limit the number of times you will see the message.

What Is A Device Quality Agent?

DQA is short for “device quality agent” which is what monitors Wi-Fi data connections. It is a piece of software that clearly has some issue that needs to be resolved, though a fix-all hasn’t yet been released by Samsung. Instead, we are left to our own devices to find a fix for the problem. Some people will only get the message one time a day, but others will get it to the point that they can no longer use their device.

Now, the only way to permanently fix the problem is to turn off Wi-Fi and never use it again – but that isn’t a realistic fix for most people.

We’ve scoured the internet for different fixes to this problem and then tried them ourselves. The problem is that there doesn’t seem to be a consensus on whether certain fixes work or they don’t. Some users will see success with a specific fix, but other users with the same exact phone or tablet won’t see the same success. It can be quite frustrating. Sometimes, it will depend on your Wi-Fi connection, the version your phone or tablet has, and even who your carrier is. 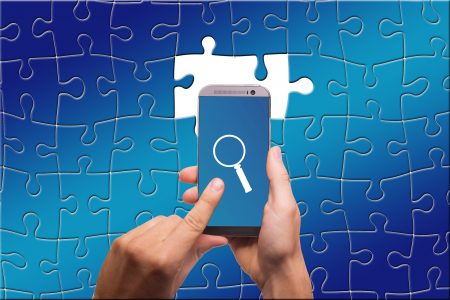 The best way to approach this list is to work from the top down to see what works. Most people will not have to work through the entire list, but it is possible.

The first thing you can try is reboot your device – and you may have to do it a few times. Clear the cache partition through recovery. Most people don’t even know how to turn off their phones, but giving them even a few seconds of time is good enough to fix this problem. To turn off your phone, hold the Power, Volume Up and Bixby buttons. On an Android Screen, when you see the “No Command” option, hold the power button and press volume up to access the recovery process.

You will want to use the volume keys on the side of the phone to move down to highlight “Wipe Cache Partition” and then press the power button to confirm. Your phone will reboot on its own. You may need to do this a few times.

Once again, if you are looking for a quick fix so that you can do something on your phone or tablet and you have access to another internet source, you can just turn off your Wi-Fi. This is a bandage to the problem, but it is helpful.

The next thing you can try is to force quit the DQA app. To do this, you will go into the “Settings” menu, go to apps and then tap on the overflow menu. You need to find the option for “Show System Apps” and locate the DQA. Tap on that and force stop everything.

Fix 4: Get A DQA Disabling App

The final step you can take is to download a DQA disabling app. There are a few different apps out there that will do this. You need to download the app and grant it a bunch of permissions. Then you need to find the DQA on the Systems Tab and ensure that the app can override what the phone wants to do. You are typically able to re-enable DQA is you think you have found another fix. It should be known that this step will cost you money (don’t download one of the free ones) and it isn’t recommended by everyone. Once again, this is just a bandage situation and you should check to see if any other options will work first.

These are the only solutions currently available to fix the DQA problem, but we will keep you abreast of any other options that may emerge on the market. Hopefully, Samsung is able to come up with a patch soon that will fix all of the problems and make using your device an option again. They were able to fix the problem once with a software update, so hopefully they are able to do that again.