You are here: Home / App / What Does The Star On Snapchat Mean?

What does the star on Snapchat mean? Oi vey! (I’m listening to a Klezmer music playlist on Songza to celebrate Hanukkah—I’m not Jewish, but dang if this music ain’t something!). So many symbols on our favorite social media apps, who can keep them straight? You got your Star on Twitter, but now it’s a Heart; you got your thumbs up on Facebook; you got everything under the sun on Snapchat, don’t get me started! Actually, yes, do get me started. We love Snapchat and probably our favorite aspect of Snapchat is the fact that everything is not always spelled out for the user; there’s always more to explore. And once we find out what the heck the latest batch of emoji mean, we like to write about it, not to be a spoil sport, but just to help out anyone who is not as interested in exploring Snapchat so in depth.

So today, we are here to unpack Snapchat and answer that age old question: What Does the Star Mean? “A star, a star, dancing in the night with a tail as big as a kite.” No, not THAT star. What does the Star on Snapchat Mean? Have you seen Stardust? The star’s name is Yvaine, as played by Claire Danes, who is also a star. You know what? We highly recommend the book, written by the amazing Neil Gaiman, as well. Speaking of Stardust, no one can sing that song like Nat King Cole. Okay. Okay. We are getting seriously off topic. Anywho, read on for the scoop on the meaning of the Star of Snapchat, which is NOTHING like the Star of Bethlehem, nor is it like a star on the Hollywood Walk of Fame. STARS!

It is not in the stars to hold our destiny but in ourselves. — William Shakespeare

What Does the Star on Snapchat Mean?

If you’re an avid user of Snapchat, you may skip to the next section for the answer to your burning question. But for the newbies, I want to take a moment to unpack Snapchat a bit. It can be difficult, being the new kid on the block, just ask Joey, Jonathan, Jordan, Danny or Donnie. 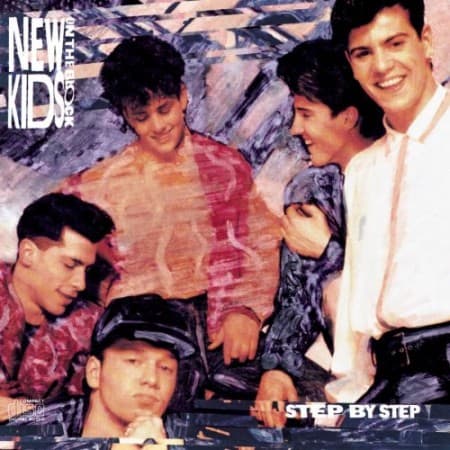 Snapchat is a unique messaging and social media app which focuses on the ephemeral with self-destructing photos or Snaps. Snapchat is the brainchild of Evan Spiegel and Bobby Murphy, once Stanford University students. 2015 was a good year for Snapchat. I feel like this is the year that Snapchat has proven its staying power (as opposed to being one of a countless number of promising start ups that disappear completely shortly after they, erm, start… up — a phenomenon so common that every extra on Silicon Valley seems to be an app developer.) Also, this is the year they rolled out with a lot of the great features that have been keeping them current in the digital conversation.

As I’ve said elsewhere, Snapchat uses emoji in a markedly differently way from other apps. In most apps, emoji are just vainglorious decorations strewn about your chat conversations. A pictographic flourish on other forms of communication. Does this strip away the intermediary influence of verbal language and bring the audience to a closer state of mind to the referent normally obscured by the very words that attempt to reveal it? Maybe. It’s also often quicker to use than words and makes things look more interesting.

But while these functions are, of course, always already present in the Snaps you send in in Snapchat (and the adornments and filters you can add to the photos that you share through this app), Snapchat is also doing something else. Emoji are a central part to the Snapchat interface. Rather than design a series of custom buttons and badges in order to communicate its various nooks and crannies, Snapchat uses common emoji — which are already part of the popular informational dialect. This not only saves them from having roll out a ton of new designs every time they bring out a new function, it also helps the app and its interface to appear current and hip.

This is why there are emoji being used to inform you about the level of the relationship with your Snapchat contacts. This is why the trophies that you unlock for exploring the hidden recesses of the apps (and testing the limits of Snapchat’s functionality) are also emoji.

But the newest addition to all of this is rolled up in Snapchat’s recent announcements of Official Stories.

If you’re on Twitter, you may have bumped into “Verified Accounts.” These are accounts with a little blue icon next to the user name. It denotes that the person who holds that account (usually one with a lot of followers, like a celebrity) really is the person he claims he is. That’s how you can be sure that @neilhimself really is Neil Gaiman, or that @StephenAtHome really is Stephen Colbert.

That blue checkmark means, for better of for worse, the owner of this account really is Kim Kardashian.

Now, when Snapchat first started, if you had said that the app would eventually be doing something like this for celebrity accounts, I would have rolled my eyes. I mean, Snapchat is more for private conversations, so I didn’t see a bunch of celebrities really jumping in line to have their junk ogled by strangers.

But that was before Snapchat launched Stories, which are more public-facing series of images (and only slightly less ephemeral) than the “gone in less than a minute” private conversations that had been their stock in trade. Yes, celebrities are still concerned with privacy hacks — which is all about controlling their online footprint and managing their brands — but part of the brand / footprint management also involves making sure that there’s not an impostor out there, making racist Stories from a fake Betty White account, or otherwise dust trying to stir up problems on the Internet. (Yes, that happens, too, from time to time. Let me know if you need another moment to sit down and reflect on this brave new world which has such people in it.)

Celebrities want to use Snapchat to communicate with their fans, because that’s where their fans are. Because that’s where everyone is. And knowing this Snapchat has put in place “Official Stories,” like the Twitter “Verified Accounts” as a means of saying that the author of this Story is exactly who they say they are. When an account reaches enough followers, and Snapchat has verified them, though, they don’t just get another blue whatever it is (like Twitter doles out). No, they can add to their byline an emoji of their choosing. It will appear on the same line as their Snapchat username, beneath the title of their story. This is the only way to get one of those emoji in position, so it doesn’t matter what image is there: if there is an emoji there, the person that you’re reading is the real deal.

Of course, I’ve been using the word “celebrity” pretty liberally here, and that is usually the sort of personality that ends up with a verified account on any social media platform, but ultimately, what’s important is the number of followers. Anybody can get famous these days, and if your Snapchat account gets enough followers that Snapchat has to take notice, and becomes concerned of any potential blowback should someone fake you through their service, then you will be offered a chance to verify, I’m sure of it.

I can’t seem to find any information on what their line is in terms of number of followers, so possibly at this point it’s nothing done automatically — but is rather a matter of some staffer manually identifying celebrities (rated TMZ or higher) and reaching out to them for verification. I could be wrong.

Snapchat and the Elusive Star

And the moment you’ve all been waiting for: What does that (the above) symbol mean??? So, there was a little bit, no, a LOT bit of confusion when the Snapchat rolled out the Star. And, as with a lot of emoji Snapchat introduces, there were not a lot of answers or explanation. People took to the blogosphere for answers, and there ended up being some misinformation strewn about the internet. Yes, there were people wrong (even deliberately so) on the Internet. I hope you’re sitting down and have ample time to process this earth shattering revelation.

Now we’ve all had a little time to really see the Star in action and most sources have come to a consensus on its meaning.

You may have read any of the following, which are NOT true:

So there you have it. Be sure to check out our other Snapchat offerings including but not limited to Red vs. Yellow Heart & Unlock All 16 Trophies. Please share in the comments any new discoveries you’ve happened upon whilst Snapchatting and as always, please share this article if you found it helpful.