You are here: Home / App / How To Use Snapchat Geofilters

When I was young, my grandmother bought these children’s fables /story books that had accompanying cassette tapes. She purchased these from, I kid you not, a door to door salesman. This was circa 1990, and it might seem like a far cry from how to use Snapchat Geofilters, but stay with me. One of these books was called “Around the World in My Red Balloon” and there was a song that went with it every time you were prompted to turn the page. I just googled that book and it’s totally an evangelical Christian book; I had no recollection of that aspect of the book. What I do remember is the song and the kids dreaming of going around the world…in a red balloon. 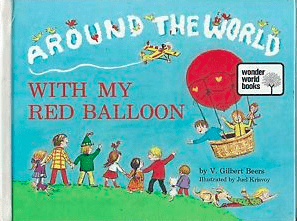 When I think about Snapchat, I feel like, in its own way, Snapchat is the red balloon. You think about all the places you can visit and get other people’s perspectives on the who, what, where, and when of that place, all in the palm of your hand. Snapchat’s Geofilters allow you to add that extra something to your Snaps which helps give further context to whatever you’re aiming to convey. And as a fun added bonus: Snapchat encourages users to create their own Geofilters! And you should. So, today we’re unpacking Snapchat Geofilters, from the “why” to the “how-to”, we’ve got you covered.

Snapchat is a wildly popular messaging app. What sets Snapchat apart from the pack is the ephemeral aspect it brings to messaging; Snaps are self-destructing. So, you take a selfie, send it to your friend, and poof it’s gone. Well, not immediately of course. Your friend at least gets a chance to look at it. That’s sort of the point. Of course, if you use Snapchat regularly, you know there are workarounds for retaining pics and videos, as well as ways to view stuff again. Like Instagram, Snapchat offers lots of filter options. But the Geofilters are unique to Snapchat. So, what is a Geofilter?

Snapchat’s Geofilters are unique overlays that you’ll only find in the Snapchat app. When you take a picture, you can add this filter over your picture and all the options available to you are geographically specific to where you are. Like, if you’re in London, it might superimpose a Big Ben next to you. If you’re in Petersburg, maybe some variation of the Hermitage. If you’re in Amsterdam, it automatically applies the red-eye filter. Anyway, Geofilters, like much of Snapchat, are ever-changing, and different wherever you go. And that’s what makes it fun. Even in NYC, you’ll be presented with a whole different set of Geofilters in according to which borough you are currently in (i.e. Queens, Brooklyn, Manhattan). There are Geofilters for all the major cities and (with the advent of now being able to create your own Geofilters) smaller cities and even universities can get in on the Snapchat Geofilter action. Geofilters are more readily available than when Geofilters were first introduced in the summer of 2014. So, that’s what Geofilters are. Here’s how you can get them.

In order to access Snapchat’s Geofilters, you first must ensure your device’s location services is on. That is nothing that you can do through the Snapchat app itself, but must be done through the settings menu of your phone. Location services, of course, are all of those things that depend on knowing where you are. So, if you’re paranoid, or you’ve watched too much Person of Interest, this may not be a function for you. (Editor’s Note: There’s no such thing as too much Person of Interest). Without that, the following instructions are null and void. To enable location services, whether you’re on an iOS or Android device, go into Settings. iPhone users, then go to Privacy and then you’ll see location services and turn on for Snapchat. If you’re on an Android device, from Settings you’ll see location services. Leave it to Apple to have an extra set.

Once that’s settled, go into the Settings in your Snapchat account (the little cog symbol in the upper right hand corner, since little cog symbols are almost universally the standard icon for settings menus… except in Facebook, for some weird reason). Then you’ll see from the Settings screen “Additional Services” about midway down. And under that, you’ll see “Manage”; tap on Manage. Then right at the top, there, you’ll see Filters and simply turn it on by tapping the button located to the right. And that’s all you need to do to have access to all the fun, cool Geofilters currently available.

Once you’ve turned on Filters you’ve got access to all the Filters, which means any sort of sepia tone or image overlay that you want. To access Geofilters specifically, though, you simply swipe right (from left to right) while you’re in the Snapchat Snap Preview screen. Snap your pic, swipe right and the world is your oyster, as it were. Well, at least the little corner of the world that you’re currently located in.

So, dig this. You should definitely use Geofilters because they’re just plain fun. ALSO it supports artists and designers. And maybe you are one of those. Or maybe you don’t consider yourself an artist or designer, but you’ve been known to dabble in the doodle. Wait. Let me rephrase that because it just sounds a little gross, although the 10 year old inside me is giggling profusely. My inner ten year old could do with a laugh.

Perhaps you do a little designing but you wouldn’t call yourself such. Let me be that one friend you go to who, no matter what, tells you, “You should! You’re so great! Go for it!” Allow Appamatix to be your cheerleader here. You should totes design and submit a new Geofilter! If you can’t do it, no one can! That’s what cheerleaders say, anyways.

There are some guidelines Snapchat has for Geofilter designs and all designs go through a process for approval, so before you submit, be sure your design meets the criteria. It’s all laid out here in Snapchat’s Geofilter Submission Guidelines.

So, as neat as it would be in order to design a Geofilter, it can be even neater to actually use one. Because think of it, we all have that one friend who is really trying to come across as more worldly and interesting than he really is. Like, he might send you a selfie having dinner at a quaint Mexican villa he just happened across in his travels. Or so he would like you to think: he’s really just in a Casa Bonita in Tulsa, Oklahoma. But since Geofilters are tied to your location, it’s a way of really earning that street cred. You didn’t just arrange things at your local Anthropologie to make it look like you’re in southern France — you’ve got the locals – only Geofilter in place to prove that you’re actually there.

Okay, sure, there could be hacks that would let you cheat on this. And let’s not forget good old fashioned digital image manipulation. Or maybe you could even just have the Geofilter design printed out on a sheet of transparent plastic and you hold it physically in front of you. Dang it, Steve! Not only are you not fooling anyone, but now that theme song is going to be in my head all day!

But honestly, if someone is going to go to all the trouble to do that for an image that’s going to delete itself in a few seconds after it’s sent, then they are in a very sad place in their lives, and could use the win. Just let them have their hollow, hollow victory.

It just seemed like there should be a “where” because there was one for all the others. The thing about a “where do I use Geofilters” is the answer is simple: EVERYWHERE! Sure, they’re not available everywhere, but that is even more impetus to create a new one for your one stoplight po-dunk town. I mean, if you think about all those Why comments above, these Geofilters can almost become a sort of digital collectible. A spatial Pokemon, all of which must eventually be gotten. And eeeeverybody’s going to be going for the big places like Rome or New York, but the really obscure ones are the real victories! The only people who can use the Low Gap, Arkansas Geofilter are the people who have managed to find Low Gap, Arkansas. This means that Snapchat Geofilters can be a sort of reusable geocache (for those of you who weren’t there in the early days of GPS and the internet, geocaching was a popular activity that involved finding specific coordinates where another geocacher had buried something. It’s gone by the wayside somewhat since GPS became more common). People so inclined could travel all around just to be able to find the most obscure, minute spaces with rare or unique Geofilters.

Or maybe not. I don’t know. What, do you think I’m Nostradamus or something? Heck, no! I’m just guessing here!

The to What Extent

Oh my gosh! I get it, you took AP English, and you just haaaave to show off your superior terminology. That’s it. I’m ending this.

What about the rest of you (ignoring jerky subtitle guy for a moment). Are you having problems getting Geofilters to work with your account? What are some of your favorite Geofilters you’ve seen or have used yourself? Please let us know in the comments. And if you have a friend who has questions about Geofilters, please share this article with them!