You are here: Home / Android / Unfortunately The Process "com.android.phone" Has Stopped Fix

Greetings, Android users. Or even “Greetings, iPhone users,” if you’re an iPhone user who just came here to be smug about Android problems (if that’s you, here, visit this article full of pictures of Android Eating Apple and think about your life, think about your choices). Have you encountered the error message “Unfortunately the process com.android.phone has stopped? Because today, we have a few likely fixes for that fairly common problem. Not “common” insofar as “every Android user encounters this,” but common in terms of “among those Android users who encounter error messages, this is one of the most frequent.”

Within, we’re going to discuss some things that may be causing this particular error message, as well as a few ways to resolve it. Given the variety of hardware and software setups and combination that each Android phone represents, I can’t speak to the percentage of likelihood that each of these solutions will solve your problem. However, amongst the multiple options that I give below, there should be something that serves.

Android was intended to be very customizable. And we welcome innovations. — Google CEO Sundar Pichai

What Causes “Unfortunately the process com.android.phone has stopped” to start?

As the “.phone” at the end of that data string may suggest, this error message relates to the Android phone’s usability as a phone. Yes, I know, it’s strange, but some smartphone users use their smartphones to actually make and receive calls! 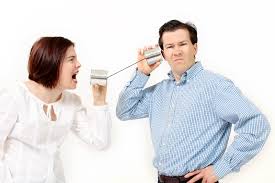 Joking aside, it can be really frustrating when the phone function of your Android device — aka the primary reason you even bought the device — suddenly craps out. In addition to whatever inconvenience is caused by your interrupted business, there’s the annoyance of an expensive item not doing what you have paid good money to expect it to do. And this isn’t even some advanced, niche feature — this is the core function! But what’s worse is that the occurrence (or recurrence) of this error message can sometimes lock your Android phone up, and keep it from doing anything else. Some users have reported not being able to unlock their phone from the lock screen, and others have reported their phones constantly restarting — all in relation to this “unfortunately the process com.android.phone has stopped” error message.

Most of the Android users I have spoken to who have encountered this problem were dealing with a Samsung Galaxy S5. Most but not all. Depending on the specific update of your OS, the specific hardware you’re working with, or even the other apps that you’ve got installed, the reasons you are encountering this may be different (as may be the means of resolving it). But some of the various reasons I’ve found in my research that have led to people having this problem are…

There may be other changes that contribute to this behavior. In fact, there most probably are. If you have reason to believe that your “Unfortunately the process com.android.phone has stopped” began in response to something not listed here, please mention it in the comments so that we can be sure to present the most exhaustive picture of this problem to you and your fellow Appamatix readers.

However, no matter what unseen glitch is causing this problematic error message, below are a few solutions that have been reported to work. If none of these work, there’s always the “Etch -a- Sketch solution,” sometimes known as the “Nuclear Option” — by which I mean a Factory Reset. And if that doesn’t work you need a young priest and an old priest, because your phone is possessed. I’m so glad this is a thing in the world.

How to make “Unfortunately the process com.android.phone has stopped” stop

As I said above, the causes of this error are legion, but fortunately, this also means that there are myriad means of attempting to address the solution. Below, in no particular order, are some solutions that have worked for my friends who have encountered this error, or that I have otherwise turned over in my research. Normally, I like to do these sorts of things in order of the severity of the solution, but what is severe to one reader may be Plan A for another, so perhaps you’ll want to read through the entire article before you start playing along at home:

There are apps out there that help you manage your contacts, over and above what is usually natively possible in the phone’s operating system. I myself was using a handy little app called Sync.Me in order to make sure that all of my contacts were matched with their social media profiles and pictures. But, as the Fourth Doctor said, computers are very sophisticated idiots that will believe whatever you tell them to. Apps such as this one can eventually sync contacts incorrectly (I uninstalled Sync.Me once it convinced my phone that I am really my wife — I’m still sorting that one out). And sometimes, this can lead to a conflict that causes the whole com.android.phone error message.

Clearing out your contacts may be something to consider. Yes, you may have to re-enter all of your most common contacts (although, for some users, this may be no more complicated than just signing into your Gmail account from your phone), but if it’s that or have an unfunctioning phone, this may be your option.

If clearing your contacts didn’t halt the problem, then maybe it’s a little more central to your phone’s internal architecture. In this case, you may want to clear, not just the Contacts, but the entire cache. In order to do that, first follow steps 2 – 4 above. This will put you into the “Manage Applications” or “Applications Manager” screen, from there…

If that didn’t solve it either, there may be some apps running in the background that are causing these obnoxious conflicts. Here’s a list of some of the frequent abusers that you may want to consider force closing. The Nuclear Option — A Factory Reset

If none of the above has served you well, and you’re still having problems with the message “Unfortunately the process com.android.phone has stopped”, then you may have to go for the last resort — a Factory Reset. (Alright, technically, I guess the real last resort is paying some guy to do all of this for you. Always an option, and if you’re reeeeeally reluctant to do a factory reset, maybe one you want to consider.)

Before you do this, you’ll want to make sure that you’ve backed up any essential information on the phone. If you’re one of the users whose phone keeps restarting, then you may not be able to perform this step. (In this circumstance, you may want to take this to a professional, if there’s sensitive and irreplaceable data on your phone that you don’t want to lose.)

Once you’ve done this, shut down your device as normal.

When the phone vibrates, let up on the Power key but keep the volume and home keys depressed!

You may let go of these keys once you see the Android logo. Once that comes up, you will be presented with a menu that should allow you to backup data and do a Factory Reset.

I hope that it didn’t come to that, and that you were able to get your phone working as intended without pushing that reset button, reverting your phone to what it was on unboxing day (though, plus a few scratches and maybe cracks — Factory Resets do nothing for that, unfortunately).

If you’ve encountered this problem and the solution wasn’t listed here, please let us know in the comments what worked for you. And if you have a friend whose been running into this problem, please share this article in order to help them out!