There’s no ignoring Twitter. The social media and by-the-minute news (even if it’s not “news,” it’s news) feed is everywhere, even with the onslaught of other social media networks. You can still hear a Tweet among the snaps, likes, bells and whistles. Jimmy Kimmel’s “Mean Tweets” is a regular segment on the show, in which celebrities read awful and sometimes downright cruel things others have tweeted about them. Jimmy Fallon is a huge advocate for social media and the combined forces of he and Justin Timberlake pretty much single handedly made “hashtag” an every day phrase; he has a segment on his show called “Hashtags” in which his viewers submit via Twitter stories that fulfill the latest hashtag (i.e. #Momtexts, #drunkestievergot) and he reads them on air — always hilarious.

Maybe you’ve been on Twitter since its inception in 2006 or maybe you’re brand new to the game; whatever your status with Twitter, there’s always something new with Twitter. Even this year (2015), Twitter has named a new CEO, introduced “Moments,” and replaced the “favorite” star with a “like” heart. Any business is wise to change with the times; but the times, they are a-changing so quickly! So, whether you’re new to Twitter or it’s a fixed staple in your daily social media interactions, it may be time to switch things up. Best place to start is with your profile. Read on for the latest on Twitter Size Limits and tips on making a well-crafted profile.

The difference between stupidity and genius is that genius has its limits. — Albert Einstein

So, surely we all know by now the famous 140 character limit that separates Twitter from the vast majority of social media forms. This isn’t a place where you can wordfully vomit up your feelings for paragraph after paragraph. No, Twitter is a service that rewards succinct, tightly honed observations. But the character limit is not the only limit to Twitter, just as words are not the only way to communicate through the site or app. No, there are also many things you can do with images on Twitter. But despite the “infinite canvas” terminology that was used to discuss the artistic possibilities of the Internet back in the 90s, Twitter (and most websites) don’t want you taking up much space — though, in this case, it’s more “digital storage space” than “physical display space.” And you can’t really blame them: you’re using their site, but you don’t own it, and you don’t pay for the upkeep. So of course a site like Twitter with millions of regular users is going to put some limits in place all those users have a chance to have a great experience.

The profile picture is probably the most important image file for your Twitter account, because this is one of the first clues (alongside your name and Twitter handle) that other users are going to have into who you are. When you first start an account, your profile picture will be an egg. I think this choice is a subtle way of telling you that you shouldn’t keep this image, because birds that are still in the egg can’t tweet.

Whatever image you choose, this is constant: it can’t be any larger than 400 x 400 pixels in dimension, and no more than 2 MB file size.

Although it’s not going to be quite so often as your profile picture (which appears alongside every tweet you make), the header image is the most visible part of your profile page. Once again, you can use pretty much any image you want if as your header, but there are limits in place. In this case, your header image for Twitter can’t be any larger than 1500 pixels by 500 pixels in dimension, and no more than 5 MB file size. Now, that’s the maximum, and any larger than that will get kicked back, but you should really consider a slightly smaller size, like 1500 x 421, which is about as large as you can get without part of the image being cut off. Whatever image you choose, you don’t want anything that depends on really intricate details, because the pretty fierce file compression that Twitter uses will degrade things a bit.

Perhaps this is what has brought you to this page: you’ve been hunting all over to find the criteria for a Twitter background photo. The background photo, separate from the header and the profile pic, is basically the wallpaper for your profile page, manifesting constantly behind the wall of your tweets and information. However, in recent revisions of the website, Twitter has phased out the use of background photos. You can still customize your background (on the website only, not the app), and can even use a background photo, but it’ll pretty much only show for you, so what’s the point? If you absolutely want some repeating tile in the background of your profile, you can still upload one through the settings menu (once again, only on the website — not the app), but you are limited to a 2 MB file.

And finally, there are the images that you share. As I said earlier, there are more ways to communicate on Twitter than with words, and sharing images is a great way to use your Twitter account. Granted, Twitter isn’t as recognized for image sharing as Instagram is, but it’s an option that you have. And you can link many of your social media profiles (such as Facebook, Instagram, and Twitter) together so that updates on one will show up on the others, etc. SO, unless you really want to take advantage of some of the in-app editing options that Instagram offers, there’s really no reason to fire up that app. You can share things just as easily through Twitter.

If you do send out an image to your various Twitter followers, the limit for that file is 1024 pixels X 512 pixels. So, unless you’re Terrence Malick and need to constantly photograph wide Montana skies during the magic hour, then those dimensions will certainly be enough for your needs. If you are Terrence Malick… email me please; I loved The New World and The Thin Red Line, and I would love to be your best friend. 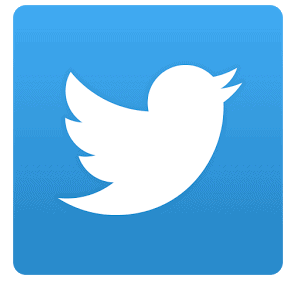 “Brand” is a big buzz word as of late. If you are on Twitter for fun, that’s great and you should have fun. But if you are like so many others out there, branching out for your business or livelihood, you have to consider your brand, what makes you you and why others might want what you have to offer. As much as we all hate the Kardashians, you’ve got to hand it to them: they know their brand and how to sell it. Brand doesn’t necessarily mean that you are a trademarked property, but it is just a handy term for thinking about how you are presented and seen on social media. Limiting your junk shots, responding to world events, staying active in the community of your peers… these are all ways to manage your “brand” when it comes to your social media presence. So here are a few more tips for a Twitter profile that works for you.

These are just a few tips for getting the most mileage out of your Twitter profile. You may even want to explore customizable backgrounds (although, as I said above, there’s really not much a point in it). There are lots of options out there. Just remember to keep it clean and succinct. People will remember your brand the more time and energy you put into crafting it. Be sure to share in the comments any helpful tips or hints you have about the latest Twitter Size Limits and as always, feel free to share if you found this article helpful.