You are here: Home / App / Track Your Sleep with These Top Apps

After a long day, who wants to do anything but go to bed early? A long night following the kids from band practice to a soccer game and all the way back home by dark. It can wear you down and leave you eager to snuggle up to your pillow and blanket. And like so many things nowadays, there’s an app for helping you sleep. Whether it be keeping track of sleep patterns, collections of ambient sounds or alarms that help you wake up easier, there’s many different options available. Here are the top sleep apps that will help you rest better and fall asleep faster. 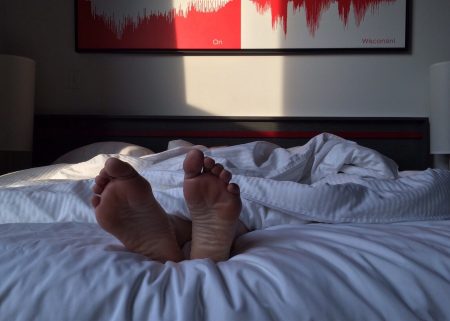 Simple enough, this app records your snoring after filtering out other noises and records them for review the next day. Not only that, but the app lists various issues that would lead to snoring and allows you to compare nights of sleep after applying each one. It will tailor suggestions for you to try to change your awake habits and see if it helps reduce your snoring.

This is one of many apps that allow users to play various sounds to help them sleep. With 17 categories and over 100 different sounds, one can layer however many they want for the perfect evening ambiance. All noises and voices are professionally recorded, and you can use the app with or without an internet or data connection. It’s binaural design allows users to listen to sounds from any direction, whether directly in front or behind another, and you can also upload your own sounds and save your favorite combinations for later use. There’s a handy shutdown timer to turn itself off after an allotted time.

This app is similar to Sleep Orbit, but has its own variety of sounds and unique functionality. For one, each set of sounds has their own individual page with colorful designs and photos. These include forest, beach, urban, underwater, park, home, and countryside sounds. An “Oriental” themed sounds page includes bamboo, Chinese flute, Om, and Tibetan bowl. Each section can be accessed by swiping left and right, and you can play multiple sounds from each one, even controlling their individual volumes. What makes this app especially different is their Binaural and Isochronic sounds page. These are vibrations that are nearly inaudible, but when used can help with everything from creative, depression, anxiety or relaxation or meditation goals. This app allows you to save your favorites for easy access, has a shut-off timer and can be used whether going to bed or just looking for soothing sounds.

Some people have very different sleeping patterns, and can be great early risers but awful late ones and vice-versa. This app is designed to give users an alarm clock that both adapts to their sleeping habits as well as track them. Through phone and wearable sensors, it will keep track of things as snoring, sleep deficits and deep sleep, and can be used with Galaxy Gear, Android Wear and Google Fit. Users can get a general idea if they have sleep apnea symptoms, record their sleep talking and snoring as well combat jet lag. The app comes with the ability to integrate online radio stations and Spotify as well as nature and ambient noises to fall asleep to. The alarm gently wakes users up and offers challenges such as puzzles, NFC tags, phone shaking and sheep counting to turn it off. You can also share your results via Twitter or Facebook and control the Philips HUE bulb — sold separately — as well.

A top sleep apps has to include one for children. This app is exactly what it sounds like. By putting on city traffic noises or rain, a baby may be bothered and thus keep them up. This app offers 9 different lullabies for parents to throw on, all different melodies and theme. There’s even a few Christmas-themed lullabies. There’s a sleep timer and you can repeat and shuffle lullabies to keep your child in la-la-land.

Relaxio is the company responsible for this app, as well as ones for rain , nature and meditation sounds and all are highly-rated. These are similar to Atmosphere in that they offer various different sounds for users to combine or play alone with a timer on. They’re colorfully designed and offer rich HD noises that can be altered from your notification bar. Users can add ‘leaves’, ‘train’, ‘rain on window’, ‘creek’, ‘cafe’, ‘night’ and ‘car’ among many together and save them as favorites to return whenever they need.

This alarm app is one of the most popular and intuitive on the market. It uses a pre-alarm and strives to wake users who are in a light sleep. It’s available in multiple languages and can be used by itself or by adding widgets and a digital alarm clock interface that is great if you dock your phone. You can use various types of alarms, from pre-installed sounds, ringtones and notification sounds, MP3’s and internet radio. It can be used with Google voice when asking for a particular alarm to be set, and prioritize it to ensure it goes off when your phone is in silent mode. There’s large buttons for people with glasses and users can shake their phone to turn off the alarm, flip it to snooze it and set up a pre-alarm for as long as 30 minutes which gradually increases in volume to not startle you out of your slumber.

A good night sleep is as critical as a great meal or social interaction. If you spend the night tossing and turning or can’t wake up on time, it can send your day into a tailspin. From there, you risk volatile interactions with those you come in contact with, sloppy effort in your job or at school and an overall feeling of fatigue. If you’d like to improve your sleeping patterns or take a look at them more closely, these top sleep apps are certainly worth a try.