You are here: Home / Android / The 12 Apps of a Happy Holiday — Apps for iPhone & Android

Let’s talk about the 12 Apps of a Happy Holiday! There’s this Christmas song that Andy Williams sings called “Happy Holiday” and some of the lyrics go “It’s the holiday season, with a whoop-de-doo and hickory dock, and don’t forget to hang up your sock, cause just exactly at twelve o’clock, he’ll be coming down the chimney, down!” You know that one? Because the first time I heard it, I def thought it was some kind of Will Ferrell Saturday Night Live sketch. If you’re not familiar with this particular Christmas gem, please, enjoy it here.

Some folks really get into Christmas. I mean, really get into it. And that’s cool; I’m not judging. Christmas certainly does bring people together, whether you celebrate the holiday’s religious significance or partake in the traditions and nostalgia of the commercial / secular side of it. We here at Appamatix wanted to get into the Yuletide spirit, but we weren’t sure what to get you. We thought about a partridge in a pear tree but we saw that, with inflation, those currently run at about $215. So, instead, we bring you the 12 Apps of a Happy Holiday!

The main reason Santa is so jolly is because he knows where all the bad girls live. — George Carlin

The Twelve Apps of a Happy Holiday

Keeping in the tradition of the song “The Twelve Days of Christmas,” we wanted to remind you and /or introduce you to several holiday apps to get you into the holiday spirit. Whether you need an organizing app for your holiday parties and gift lists or you want an app to get the kids out of your hair for a couple of hours while you wrap presents; whether you celebrate Christmas, Hanukkah, Kwanzaa, Festivus, or just enjoy the season, we’ve got you covered.

Get into the holiday cheer with these fun holiday-themed games: All the classics, plus some new ones, are now apps!

101 Christmas Cake Ideas is a FREE app for iOS users and is exactly what it sounds like; ideas for cakes, including templates and patterns as well as decorations ideas for a holiday cake that wows!

Christmas Joy Ingredients is a FREE app for Android users and gives you the ins and outs of making traditional Christmas fare. Bonus: this app includes a Christmas countdown and holiday wallpapers!

Yummy Christmas is an app for iOS users which focuses on simple, kid-friendly recipes so the whole family can get in on the fun for your next holiday party. At $0.99, it’s a cheap investment for some family holiday fun.

Hanukkah Recipe HD is available for iOS and costs $1.99 but features over 100 recipes devoted specifically to Hanukkah.

One thing that can really help lessen the unbearable antici 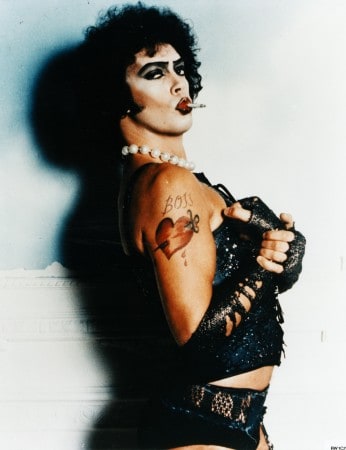 pation of waiting for the big day (whichever festive day is particularly big to you) is to make each day between then and now and event in itself. Each of the major winter holidays has a traditional way of doing this, and each of these traditions has a nifty digital version.

If Kwanzaa’s your bag, you can find a digital kinara out there, like this one, which will both count down to the Kwanzaa celebration and (once it’s here) will “light” the appropriate number of candles for that day. This may be a great one if your family celebrates Kwanzaa at home, but you’re on your own for the first time (maybe at college), and can’t have all the accoutrement with you. You can always keep the holiday in your pocket with this app.

If, on the other hand, you’re down with Hanukkah, you won’t be wanting a kinara, but a menorah. There are several good ones out there, but the one I found the most interesting was RustyBrick’s Menorah – Chanukah – חנוכה. This app not only has a virtual menorah (which doesn’t activate until Hanukkah actually starts), but also has all the traditional prayers in English, Hebrew, and transliterated Hebrew. Not only does it have the text, but (and this is what made it jump out to me) it also has some rather well-received recordings of the prayers being sung.

And if you’re of the Christmastide persuasion, although there’s no fancy candles for you, there is the tradition of the advent calendar. appChocolate’s Advent 2015 — 25 Days of Christmas is available both in the App Store and in Google Play. Not only can you count down the days to Christmas (starting on December 1), but there’s a fun minigame for each day. Despite the developer’s misleading name, there is no actual chocolate, but there is a pleasant diversion from those slooooooow days (for your kids) until Christmas. So these apps may not help you quit drinking, lose twenty pounds, or pound twenty drinks, but they’ll at least help you keep all of your Christmas fol-de-rol in line.

Christmas!! is not only two exclamation marks worth of Christmas excitement, it is a great FREE app that has it all: an advent calendar, a Christmas countdown, and most importantly (for the present discussion) a gift list manager. Oh, you think you can keep track of everything in your head, but when you’re constantly inundated with pleas for the latest toys, apps, clothing, and random children on the street asking for shoes, you’ll see that you need some help keeping it all straight.

Of course, that’s an iOS app. If you’re an Android user who wants in on the action, take a gander at Free Christmas List. Okay, sure, the app title lacks the subtle distinction of “Christmas!!”, but it’s a useful and, as you may have noticed, free app that will help you not only keep track of what you’re buying for whom, but also keep track of your Christmas budgeting. The paid upgrade not only gets rid of ads, but also adds a password feature, so your kids (or your wife) won’t see your list

But you know what horrible thing happens to people who try to find out what they’re getting for Christmas early, right? They find out. And all that mystery and joy pffft gone like a fart in a tornado.

And a Santa Tracker for the Big Day

And finally the big event! Santa! Used to be nobody would start talking about Christmas, Christmas decorations, or doing any Christmas shopping until after they saw Santa close out the Macy Thanksgiving Parade. That was the official beginning of the Christmas season. Well, the tradition may be largely dead (Christmas decorations going up before Halloween is over were the inspiration for The Nightmare Before Christmas and yes, there’s an app for that), but we’re going to carry it on in a small way here, as we close out our Holiday Appstravaganza with the Big Man in a big way: We’re not talking about just any old app that has Santa in it. No, we’re talking about some real-time Santa tracking, so you can ho-ho-hone in on the Old Jolly himself, or, er, your kids can. Yeah, the kids. This is an app for them.

Some of the tech savvy among you may already have had in your family Christmases the tradition of checking in with the NORAD Santa Tracker. Yes, the North American Aerospace Defense Command, which was founded to watch out for Soviet attack, has famously been tracking Santa Clause since 1965. It makes sense: he’s big and red and has surveillance networks all over the world. But now, you can you too can invade Papa Noel’s Privacy with any number of Santa Tracking apps.

The best one out there is Google’s Santa Tracker, and is that any surprise? I mean, they have enough of everybody’s data, why shouldn’t they have Santa’s? Or maybe they’re all just very nervous about his whereabouts for some reason. In any event, this app has everything. Not only will it track Santa’s globe-trotting trek on the big day, but every day it releases a new Santa-themed game, and it’ll even count down to Christmas. This app is available in one form or another for every Google device: including the watches, Smart TVs, and even the Chromecast. Unfortunately, it is only available for Android devices. Of course, if you want to install in on your PC, you can always try an emulator.

However, there is no iPad-specific version of this, so if you would like to install this on your iPad, you’ll need to select “iPhone Only” in the App Store app in order to install the iPhone version on your iPad.

Did we miss anything?

Are there any really great holiday apps that you and your family use that you would like to share with everyone else? If so, please feel free to mention them in the comments!