You are here: Home / App / Sinemia App Not Working – Try These Fixes

The Sinemia app is one which many people have turned to in order to see movies, but it has been plagued with problems like the Sinemia Error Message that so many have seen over the last few weeks. Many have chalked it up to the service struggling to keep up with demand and poor infrastructure, but is there anything you can do to fix it? Sinemia Not Working? Try These Fixes

While Sinemia has established itself as one of the best subscription services to see movies, lately, there have been problems. Many subscribers have had problems to the point where they have tried to sue the service.

Users have experienced many problems, including issues when they try to cancel an advance ticket and problems when they try to make a transaction. Sometimes they will get an error message that the app has stopped working and sometimes the app will just crash. Other times, they can’t even open it.

These are all problems which are frustrating in a free app, let alone in an app where you pay. Even so, there are a few reasons this may not be Sinemia’s error and, instead, an error caused by your phone. Try these fixes:

You Aren’t Using A Competitor

Sinemia was officially terminated in 2019 after a class-action lawsuit was filed against the company. However, there have been a few lookalikes popping up which seem to have some of the same problems, so the answers to these questions continue to be effective.

If you get a message from Sinemia that says “Unkown Error Occurred,” and you haven’t updated your system in some time, that could be the reason. Be sure you have the latest version of the app on your phone and your phone itself is updated to the latest software.

This is a problem that has been mainly plaguing users from Canada and other countries outside of the United States. 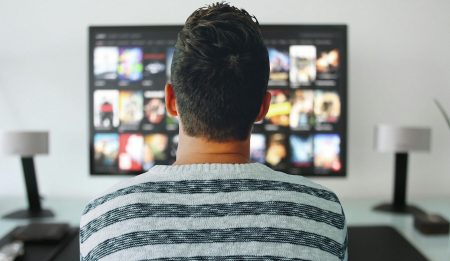 Another reason for problems within Sinemia is you haven’t updated your iPhone or Android. iPhone users who have iOS 7 or lower are more likely to experience problems than anyone else for some reason. Many have suggested that there really is no fix for lower iOS systems and that the best thing to do would be to upgrade altogether.

If you are having problems with your advance tickets not working, it could be because of a credit card error. Go into your account and make sure your credit card details are all accurate. If you used the wrong expiration date, for example, the tickets may have been canceled without notice.

The best thing to do is delete your credit card information and put it in again. Then, check to see if you can purchase those tickets.

You Are Getting Charged Fees

If the Sinemia app isn’t working the way it should because you are getting charged processing fees, you should do the same thing as stated above. Completely delete your credit card and put it back in, ensuring you get all of your information correct.

In general, we’d suggest not keeping your bank card attached to Sinemia at all. There have been quite a few reports of people getting errantly charged for fees or tickets they never purchased.

Remember, if the app ever does shut down (which, let’s be honest, isn’t out of the question), any information you keep in the account will be available to them. This includes your bank account. They would technically still be able to run the subscription and charge you. If you cancel your account and you are worried about getting charged, contact your bank and ask them to block Sinemia from taking payments from your account. This will ensure all of your funds are safe, no matter what happens in the future.

If your account was canceled and you don’t know why, you may have to get into contact with Sinemia’s customer service. Unfortunately, they aren’t the best at responding. You can try their phone number, but you will be better off sending them an email.

If you want to cancel your account because you are tired of the errors and it not working (you can’t buy tickets anymore, even though you can get the app), you can actually get a chargeback. You need to first cancel any advance tickets you have already purchased.

Wait for a few hours and then start the chargeback from your bank. They should know Sinemia and what it is, and you are likely to get a quick refund.

Remember to clear your bank details from your account before you cancel. You want to delete everything you can from your account. If you keep your card there, you may get charged and your bank likely won’t work with you a second time. You will have to work with Sinemia, which hasn’t been pleasant for anyone who has reported back.

How Do I Know If Sinemia Is Down?

With Sinemia having so many problems, it can be difficult to know if the problem falls with your phone, app, credit card, or with Sinemia itself. If you have tried everything, it could be that Sinemia is having problems.

However, you can’t really track it because it doesn’t have a great social media presence. It seems like all of the responders are auto-responders and bots which are just there to placate people.

If you get the spinning wheel page that says it is loading, you probably don’t have a problem with your phone. The problem is instead with the servers. Even if you don’t use the app to buy tickets (because you can’t), some people have kept the app to look at movie times. Sinemia promised to be an alternative to the movie subscription apps that were having many problems, and so far, it hasn’t really performed. It may be time for you to start looking for an alternative app or service, or just give up on them altogether.

As always, if you do decide the app has far too many bugs and it isn’t worth your time, you should delete those credit card details before canceling your account. Platforms all over the internet are full of people complaining about charges.

In the future, be sure to ensure your new movie service has a free trial period so you can check out the quality of the app and the service before you commit. There are so many lookalike apps out there that are trying to be the next thing in the movie space. Be sure to do research as well. You’d be surprised how much information is out there about the different services.