You are here: Home / App / Short Funny Jokes To Make You Laugh

Ho there, Appamatix readers! Regular readers know that from time to time, we like to take a break from bringing you news of game changing updates to apps or helping people find great workarounds for the apps they already love. Sometimes, we just want to joke around. So with that in mind, here are some (short) funny jokes to make you laugh.

We’re going with short because we know you’re busy, and also they’re the easiest to work into a conversation. We’re going with funny because that’s what we like our jokes to be. Call us strange.

Part of my act is meant to shake you up. It looks like I’m being funny, but I’m reminding you of other things. Life is tough, darling. Life is hard. And we better laugh at everything; otherwise, we’re going down the tube. — Joan Rivers 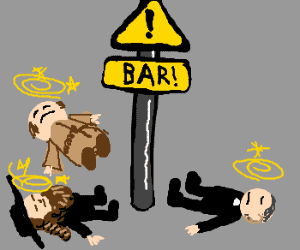 Now when we say short jokes, we aren’t referring to jokes about short people. We are referring to jokes that are themselves short. The sort you can sneak into a conversation, or exchange when things are a little slow in a conversation. Some of these may be old, but I wouldn’t exactly call any of them “the oldest joke in the book.” I know that “honor” is usually dropped on this old playground chestnut:

Q: Why did the chicken cross the road?
A: To get to the other side.

However, that joke is actually just a little too refined to be the oldest joke. I mean think about it, the whole pay off of the joke, the big comic reversal, is that there is no wacky answer. The chicken wanted to get to the other side. Why else would she cross the road? This depends on the hearer having already heard hundreds of jokes with goofy pay offs. It’s the only way this pay off works.

True story. A friend of mine was in Germany one time, and went to see a movie. There was a problem with the projector, and to amuse themselves they just sat around telling jokes. My friend’s German wasn’t that strong, so as a joke (of jokes) he halfheartedly offered up the chicken joke, in German, fully expecting people to roll their eyes at that tired old gag. But instead, the room was rapt, waiting for the punchline. Apparently, little German schoolchildren do not run that joke into the ground. So, he told the punchline, and it absolutely killed.

Well, let that be our introduction to our first category of jokes: Q: On what side does a chicken have the most feathers?
A: On the outside.

DOCTOR: Ma’am, are you aware that your husband thinks he’s a chicken?
WOMAN: Oh, yes. That’s been going on for years.
DOCTOR: Wait? Why haven’t you seen anybody about this before?
WOMAN: We needed the eggs.

Q: What do you get when you cross a chicken with a pit bull?
A: Just the pit bull.

A chicken and an egg are in bed. The chicken rolls over and goes to sleep. The egg then says, “Well, I guess we answered that question.”

And now, in keeping with that chicken’s famously crossed road, let’s move on to…

I want to die peacefully in my sleep, like my grandfather. Not panicked and screaming like everybody else in the car he was driving.

A cop pulls over a car going dangerously slowly and sees it’s being driven by a nun.
COP: Is everything all right, sister?
NUN: No problems, officer. I’m just obeying the posted signs. They all say 12.
COP: (chuckles) No, sister, this is Interstate 12. The speed limit is actually 65.
NUN: Ooooh! Silly me. Thank you, son.
The cop then sees, in the back seat, three other nuns, holding onto each other for dear life, each of them white as a sheet.
COP: What’s wrong with them.
NUN: Oh, we just got off Route 133.

A penguin is driving cross country. Round about Arizona, his car starts acting up and he pulls over to a garage. Well, Arizona not being the best place for penguins, he gets uncomfortably hot. Fortunately, there was an ice-cream freezer in the waiting room of the garage. He couldn’t fit in it (it was full of ice cream), but he was able to cool off by eating cup after cup of ice cream. Unfortunately, these cups weren’t designed for consumption by penguins, and so for every bite that went into his mouth, two spilled onto his front. He was pretty much covered in vanilla ice cream when the mechanic came in to tell him what was wrong with his car.
MECHANIC: It looks like you blew a seal.
PENGUIN: Oh no, that’s just ice cream.

And before that guy gets pulled over… A man in the electric chair is about to be executed. The warden asks if he has any last requests. The prisoner responds, “Could you hold my hand?”

NEWS ALERT: A cement truck has collided with a vehicle transferring several convicts from the state to the federal prison. Both drivers are okay, but three hardened criminals have escaped.

In a small county court:
JUDGE: What is your verdict?
JURY: We find the defendant not guilty!
JUDGE: WHAT!? He admitted to the crime right in front of you!
JURY: This is a small town, sir; everybody knows what a liar he is.

And from criminals, it’s a small shift to…

A surgeon, an engineer, and a lawyer are arguing about whose profession is oldest.
SURGEON: Look in the book of Genesis. God takes a rib out of Adam. That’s the act of a surgeon.
ENGINEER: Ah, but before that, He made the entire universe out of nothing but chaos and confusion.
LAWYER: (smiling smugly) Oh yeah? Where do you think he got the chaos and confusion?

Q: What’s the difference between a jellyfish and a lawyer?
A: One’s a spineless, poisonous nuisance. The other lives in the ocean. Q: Why do pirates all wear earrings?
A: They’re very cheap; just a buck an ear. (Read this one aloud)

The earrings may be cheap, but those peg legs and hooks cost an arm and a leg!

Q: How can you tell pirates have trouble with the alphabet?
A: They spend years at C.

Q: What does an octogenarian pirate say?
A: Aye, matey! (Another one you need to read aloud)

Q: What has eight arms and eight legs?
A: Eight pirates!

And now, for no good reason…

By which I don’t mean a random assortment of jokes, but rather jokes which are, themselves. random. These are favorites of children and people who are just generally childish. After all, you can only be young once, but you can be immature forever.

FIRST COW: Are you concerned about all this talk about mad cow disease?
SECOND COW: Nope, because I’m a helicopter!

Q: What is the difference between a rock?
A: The harder you squeeze it, it gets!

Q: What’s the dumbest animal in the desert?
A: The dolphin.

A man walks into a bar. Ouch.

What’s the difference between a tuna, a piano, and a pot of glue?
—What?
You can tune a piano, but you can’t tuna fish!
—Ha ha ha. Wait, what about the glue?
I knew you’d get stuck there.

Here’s one my siblings and I used to throw back and forth at each other:

Q: Why did the mute’s mother keep washing his hands?
A: He wouldn’t stop swearing.

A man walks into a zoo. The only animal there is a dog. It’s a shih tzu.

An elderly termite canes his way up to the bar and asks, “Is the bar tender here?” And there we have a random smattering of jokes. If there are any particular favorites of yours that you’d like to share, feel free to mention them in the comments! Keep laughing! (Or, if my wife’s estimation of these jokes is accurate, start laughing.)