You are here: Home / App / Best Poker App To Play With Friends & Strangers

Whether you are stuck inside, need something to do, or want to keep up a long distance friendship, one of the best ways you can do that is by playing poker online with friends. There are so many different apps that you can do this with, ranging from simplistic apps that will teach you how to play the game to more professional style apps that you can actually bet money on- it all depends on how serious you want to get with your gaming. 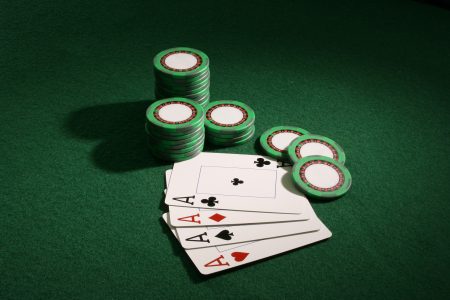 There are even poker apps out there where you can play with strangers. With so many choices, however, it can become difficult to determine which ones are the best options for you and which options you should avoid because they are buggy, predictable, or just don’t feel right.

What Is The Best Poker App To Play With Friends?

We painstakingly looked through many, many poker apps out there (and there are literally hundreds of them, ranging from games that just have poker features to games developer solely to play poker) and determine which ones were the best. Some of the factors that we used to determine which ones were the best online poker games with friends included: playability, graphics, speed, personalization, bugs, and “extra” features.

These are the options we found to be top of the deck:

Probably the best place to start is 888 Poker. This is a trustworthy app where you can play at multiple levels. If you haven’t learned how to play poker yet, you can join in the “soft” games where you can learn the ropes. If you are an experienced cardshark, there are some pro games.

It is important to note that this game isn’t available in all states because you can win real money. However, most states do allow the “play money” games where you don’t win actual money and you just play.

Cons: Not available in every state

If you aren’t interested in creating your own intricate avatar to look like you or watching the cards flutter around the screen, Appeak Poker is a fantastic option. It is simplistic and light, but allows you to play online poker quickly. If you want to get the maximum amount of hands in, this is it. You can play with friends or you can make friends by representing your country in the Duel mode. 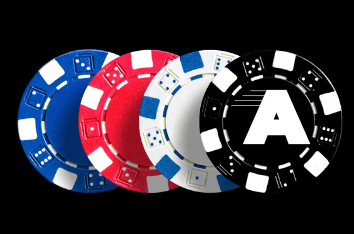 You will be able to socialize with the people you are playing with via a chat box, but it isn’t advanced and doesn’t allow for fun emojis. Even so, it is lightning fast and doesn’t try to “upsell” you all the time like some other apps do. Other than changes to the leaderboard, don’t expect many updates here. You won’t find the “newest” trends. Instead, you will find something reliable.

Cons: Some think it is too simple; not many “socializing” options; there are many beginners on here

If you remember PokerStars and wonder where that app went, then you want to play Jackpot Poker. This is simply a rebranding of the old app and while there are some new features, the basics of the app are still there. The number of people who can play within these games are limited to three-player, so you cannot play with too many people. However, it is great for those who have small groups and do not want to bring strangers into the fold. You can also play against strangers.

There are free games, but you can also play cash games and compete for prizes against strangers. Even though it may seem simple, it will feel more realistic than other games because there are some actions you can look for and you will even have to read your opponents.

Pros: Easy to use; Fun format to play; easy to use on mobile devices or tablets

Cons: Texas Hold’Em only; limited to 3 players per game; there is some spam

Looking for a new way to play poker against your friends? Politaire is an extremely simple combination of poker and solitaire. If you have even a bit of knowledge about solitaire, you should be able to excel at this game. The gameplay itself is simple: you are given a 5-card poker hand and then you have to discard cards while playing through the deck. You can get combos dropped in on you and there are some power ups available. While the game looks minimalist, it is difficult to master so you will have fun playing against yourself, the computer, and your friends. You will be able to see your friend’s scores on the leaderboard (they need to have Facebook or sign up via an email).

Pros: Simple to learn; feels different from other poker games; play by yourself while against others

Cons: Not a lot of bells and whistles; doesn’t update frequently so sometimes bugs are allowed to sit

People who play poker with friends and against strangers will often cite SnapShove as their favorite poker app. However, it’s not really a game, it is more like a learning tool for you to get better at beating your friends. This is a bare-bones app that will show you how to play the game better and allow you to play against other people. You won’t be able to do much inside of the free version, but if you are willing to shell out the $14.99 that it costs, you will improve your game as your friends improve theirs, allowing for more competitive gameplay. If you play for money, you should quickly make it back.

Cons: Somewhat pricey; not great for beginners who don’t have the basics down 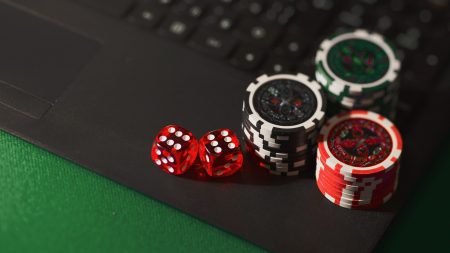 If you want to play an app where it feels like you are playing poker with your friends, World Poker Club is a fantastic option. If gesturing isn’t for you, there are normal controls where you can check, bet, and fold. However, you can also use certain touch features to do the same things. If you are used to knocking on a table to check, you can do the same motion on your phone. It may take you some time to get used to it, but it soon becomes second nature. While this may seem like a simple feature, many apps don’t have it.

You can play against your friends, against AI, or against strangers from around the world. However, you should be aware that there are pretty many ads on this game that can interrupt your gameplay.

Pros: Easy to play; amazing gesturing system; play people from all over the world

Cons: There are quite a few ads in the game

With a name like EA behind it, World Series of Poker is a free app where you can play with friends or with strangers. It is simplistic enough that you won’t spend hours learning how to play it, but detailed enough that you won’t get bored. One great facet of this app is that it offers Pot-Limit Omaha. If you are sick of playing the same types of poker over and over again, this is a great way to switch up what you play with your friends.

This is the original (and most popular) poker game, and that shouldn’t be a surprise. If you played before its massive update in 2016, you should check it out again. You can play with friends or against strangers in a Fast Fold type of poker where players actually get a new hand after they’ve folded. That keeps gameplay moving and you don’t feel like you are sitting around waiting. You can even play with friends in person with a pass and go option. Zynga has really done a lot with their poker interface so check it out. You’ll be able to play with fake money, real money, and even compete for prizes. There’s a reason it has more players than any other app.

Cons: There is still a ton of spam on here; frequently tries to upsell

These are just a few of the best poker apps to play with your friends. There are new ones popping up everyday as we spend more time indoors and away from our friends. Whether you are playing to make some money or you just want to create a bond that won’t break, despite whatever is happening in the world, try these apps out first.