You are here: Home / Android / Must Try Apps for Rooted Android Phones

Have you finally given in and rooted your trusty Android phone? There are many reasons for doing so, whether it’s to remove some pre-installed software, to tweak additional settings, or just to have more power available to you. A lot of that power, however, is best utilized by knowing the apps to download. Honing the power and abilities that you want is easier than ever as rooting is pretty commonplace. There are tons of resources on the internet, and it may be hard to choose which to look at. We bring you today the must try apps for rooted Android phones. If you have an issue with your battery running low quickly, Greenify may be the app for you. This app is different from others in that it allows you to hibernate apps that you aren’t currently using. When it comes to an unrooted phone, the app can automatically hibernate the apps you aren’t using so they don’t cause trouble with other apps. This can not only stop batteries going flat as quickly, but it can also keep erroneous apps from slowing down your device. If you’re sick of carriers blocking hotspot ability or being charged for using it, WiFi Tethering may change your life. This app allows you to set a wireless hotspot for other devices. You can do this tethering via WiFi or Bluetooth. And even better, the app offers encryption and it’s even free. This app is rather easy to use and may be a game changer if this problem is something you’ve struggled with. On top of that, it just looks nice, unlike many other apps that have these same abilities. One of the first things most people want to do after rooting is getting rid of some system apps. All of that bloatware is fully removable with a touch of a button on System App Remover. You can remove multiple apps at once, move them, or organize them. It also goes on to back up apps you do uninstall, and if you change your mind later on, you can restore them to your device. This app does what you expect and goes on to do even more once you check out all the bells and whistles. 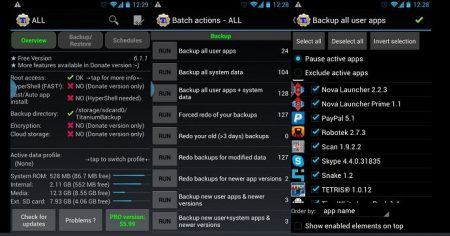 Everyone hates ads. You can pretty easily avoid them on your laptop or desktop, but it is a bit harder on tables and phones. A root app can help. You probably know the name Adblock Plus, and it is available for mobile needs. It does the typical, which is preventing advertisements loading on websites. It also keeps them from showing on various apps, which is a huge plus. And like most ad blocking software, you can still whitelist sites and apps so that ads can pop up, but only where and when you want them. You can probably guess that Titanium Backup is used for backing up data, apps, and settings on your phone. What’s cool if that you can automate the backups and save the backup files to your SD card, if you prefer. You can also move apps, browse their data, and even see Market information about the app to get more details. By upgrading, to Pro, you get many more options on backups and schedules. You also get the option of syncing to cloud services like Dropbox.

3C is a great application for anyone looking to tune up their performance settings, analyze what’s happening on your device, and more. There are many different settings available in this app, some Pro and some free. You can kill processes and apps giving you problems, backup and restore apps along with their settings, change cache and memory configuration, and tweak various CPU settings. Honestly, this app is capable of a lot but make sure you do some research before hitting any major buttons you don’t know much about. If you are an organizational guru, you need ES File Explorer. This app gives you the ability to look through all of the data on your device. You can edit them, move them, look at them, and search their contents. You can also do some more high level tasks like compressing, encrypting, and categorizing. This app can also be used as cloud storage so you can share files with your friends or family. On top of that, this free app also gives you remote access and even task management. Trust me on this one, try ES. You will not regret it.

Something that is bothersome is when you’re playing a game or using an app on two devices, and the data doesn’t sync between them. An example would be a game I play, Neko Atsume. I usually play on my phone, but if I want to play on a tablet, the data isn’t there. With Datasync, is it. You can transfer data with other devices that also use Android. You can sync to the cloud, as well. If you splurge on the Pro version, you can also sync with NFC or Bluetooth and set up automatic syncing. It’s a must have for any gamers out there. 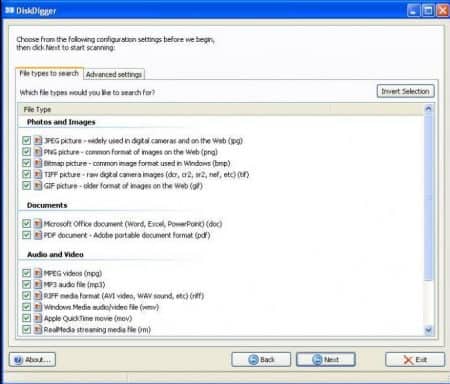 The experience of accidentally deleting an important file or photo can be an excruciating. DiskDigger makes that experience less likely, which I think we can all rejoice about. DiskDigger can recover files that might otherwise be lost, making a bad day a much more tolerable one. It can recover and undelete files and photos. If you prefer, you can even have the restored information sent to your email by the app itself. Pretty nifty and sure to help out on those days when you fumble and delete something you should not have.

There you have it. Nine must try apps for rooted Android phones. These should be a great start to an arsenal after going for the rooted option. There are many more out there, but these should get you going. Enjoy the added customization and the feeling of power over actually controlling your own devices!