Minecraft Story Mode Episode 6 is the first in the second season of the game series. Many people talk about this episode because it is so different from the others. If you’ve heard about it then you might be curious about the whole game or maybe you are trying to find episode 6 because you just finished episode 5. Either way, you will find all your Story Mode information here. 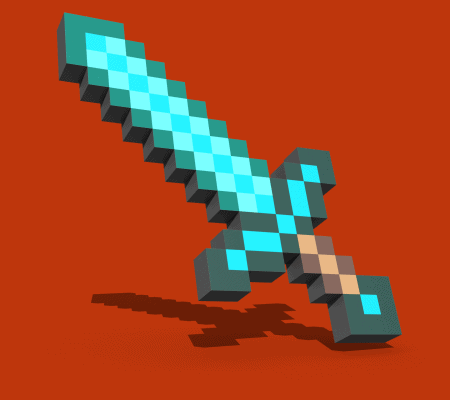 What is Minecraft Story Mode?

Minecraft is a popular block building open world sandbox game where players try to survive in a block world. The popularity of the game convinced game makers that a story version would do just as well. That is Minecraft Story Mode.

In the game players move a character around to interact with objects and people. You must complete puzzles and tasks to further the story. One of the most important parts of the game is when you must answer questions. Your answers help determine what happens in the rest of the story. Your answers affect the story in all the episodes as you play.

For this reason, Minecraft Story Mode has a fun replay factor. You can play again and choose different answers to see how the story changes.

The games connection to Minecraft is that the characters wander in a Minecraft world with all the same mobs and terrains. They use Minecraft items the same as in the game. Players do not wander and build, though. You just point and click to control the story.

The game is available on many devices including PC, console (PlayStation, Xbox, Wii), Android, and iOS.

How to Get Minecraft Episode 6

There are a grand total (so far) of eight episodes in Minecraft Story Mode separated into two seasons. The first episode “The Order of the Stone” hit the market in October 2015. Players could purchase the first game by itself or purchase a Season Pass. The Season Pass provided the first episode and paid for all the next episodes up front so you just had to download them when they were released. The last released in March 2016. The Season Pass contained only the first five episodes.

So, what about episode 6?

Episode 6 “A Portal to Mystery” hit the market in June 2016. It was the first in a new pass called the Adventure Pass. This pass contains episodes 6 through 8. Just like with the Season Pass, you would download episode 6 and pay for the next two up front so you could just download them when they were released. All three episodes are out now. The last hit the market in September 2016.

What to Expect from Minecraft Story Mode Episode 6?

Episode 6 of Minecraft Story Mode is a bit different from the rest which is why it got a bit more attention than the others. It is almost like a brief break from the main story as what happens in this episode doesn’t really affect the main story of the game. Your choices don’t affect the later chapters and you don’t really learn anything new about the main story.

Despite that, it is still fun to play and has attracted many Minecraft fans. Why is it so popular? It is popular because of the fun guest stars.

In Episode 6, the characters in the game end up in a portal where they meet a bunch of famous YouTube channel stars. These stars are well-known for their Minecraft videos. In this portal realm, you will meet:

If you watch YouTube Minecraft videos, or your kid does, then you probably recognize at least one of these names.

The YouTube characters look and act exactly like they do in their own Minecraft videos. The voices are also done by the same people and not voice actors pretending to be there. This is what makes the episode so much fun for Minecraft fans.

The story is one separate from the main plot. In Episode 6, the characters come up a murder mystery and must help to solve it with the YouTube cast. The story has a fun twist but there are no spoilers here!

Before you start the episode here is some fun trivia for it. Maybe you would have caught some of this yourself as you played but at least with this list you know you’ll notice the fun Easter eggs.

The Background “Murderer” Theme:Throughout the episode characters discuss a murder to try and solve the murder mystery. Watch closely whenever someone says the word “murderer” in the game. When you hear it, you will also notice lights flash in the background and sometimes cats will scream in fear. This is a classic gag in old movies and still pretty funny in the game. Again, it never mentioned in the game. You just have to catch it for yourself.

Now you know all about Episode 6 or Minecraft Story Mode and how to obtain it. Go ahead and dive right into the portal to solve that murder mystery with the YoutTube celebs.

MineCraft Story Mode Episode 6 is the first episode in the Adventure Pass. It lets players solve a murder mystery with YouTube stars such as DanTDM and Stampy Cat.