Kik Messenger stands as one of the favored messaging apps for young people in 2016, with millions of registered people using the app on a daily basis. That said, why don’t we have a version of Kik for the iPad, yet (whether you’re using an iPad Mini, Pro, or Air)? It’s a very good question, especially considering Kik’s somewhat unique position of not requiring your phone number in order to set up a profile. As we’ve covered on Appamatix before, this allows users to set up their Kik profiles through alternate means than a mobile device–primarily, through Android emulation, so they can bring the Kik experience to their laptop and desktop computers.

Of course, the reason could very well be that they want the majority of Kik users to remain smartphone-bearing youth. After all, most people can’t carry an iPad around in their pockets no matter which model of the popular tablet that you’re using. An iPhone, on the other, will journey to the ends of the earth with its owner, and doesn’t take up much space, therefore making apps for it that much more appealing.

Still, we wouldn’t be here, covering this topic, if there wasn’t a significant demand for an iPad version of Kik. You’ll very likely be relieved to hear that we do have a solution, but regarding an iPad version of the popular messaging app, we don’t have a particularly clear picture of the future.

An iPad Version of Kik Messenger? Even though I’d love to tell you that we’re likely to see an iPad version of Kik in the near future, it’s looking less and less likely as we continue to see Kik evolve without any mention of such development. According to the FAQ section of the Kik support website, we’ve even been told that there’s no such thing currently in development. Of course, this could always change; if the iPad becomes a more prominent device for mobile messaging, we could very likely see Kik show up on it, running natively.

The reality, though, is that most don’t do their messaging through their iPad. While it’s a fantastic piece of hardware (I have an iPad Mini and I adore it), it’s not something that can be accessed as quickly or efficiently as a smartphone, meaning that it often takes a backseat when people need to send quick, efficient messages.

Considering how much time and effort goes into the development of an app as popular as Kik, it’s understandable of the team is reluctant to invest in a variable iPad market. Meanwhile, we have a trick up our sleeves that’s going to allow you to circumvent that absence entirely.

Of course, there’s no reason to be secretive or cautious about this little trick, since it’s a 100% legit method of obtaining just about any iPhone app on your iPad, instead. Both devices connect to the same App Store, after all!

Here’s how we’re going to do it, in a few simple steps:

Now, if that wasn’t the easiest process, I’m not sure what is. If you’re a long-time Kik user that already has an active account elsewhere, all that you’ll need to do is log in and get to chatting (provided you stick with us long enough to read our additional tips and tricks below.) If you’re a new user, then you’ll be relieved to hear that the Kik setup process is just as simple as getting it downloaded to your iPad in the first place.

You’re only going to need a few things to set up your Kik profile, and rest assured–none of those things is your phone number! This is often a relief for iPad owners since only a few models come equipped with cellular antenna support.

Enter those few bits of information (don’t worry, only your username and display name are visible to other Kik users) and you’ll be good to go on Kik! If you’re looking for a few places to get started, try looking at some of Kik’s more popular features, like bots, the app’s web browser, or ways to get more contacts through your Kik code and group chats. 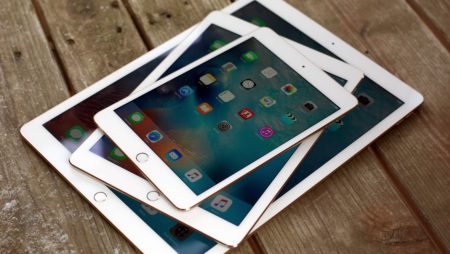 Keep in mind that Kik Messenger is a bit more “freewheeling” than other smartphone messenger apps, and it’s not going to drag all of your contacts into the phone by default. You have the option of providing your phone number during the setup process, which can help to facilitate this.

However, adding your phone is the only way to import the contacts from the list on your smartphone. After you’ve done this, the app will proceed to cross-reference all of your contacts to see if they’re on Kik. If they are, you’ll be notified, and all that you’ll need to do is send each of your contacts a message in order to get them fully added to Kik. Easy stuff, right?

If you’re not eager to hand over your phone number, however, you can still find ways to add your friends. We’ll cover a couple of different methods below.

While Kik is an immensely popular messaging app, that doesn’t mean that it’s the most friendly when you’re trying to use it between multiple platforms (and I’m talking about more than iPads, here.) Through Android emulation, users have managed to bring the Kik experience to their Windows PCs and Macs with the same relative ease that they’re able to sign up for it on mobile devices.

Kik on Mac or PC

If you want to run Kik on your Mac or PC, you’re going to need an Android emulator. Appamatix covers the emulation process on a fairly regular basis, and as such, we have recommendations for some of the best Android emulators that you can find online. Best of all? You can access most of them without paying anything at all; only fitting, since Kik doesn’t either!

Read here if you’d like to know more about the emulation process, but if you’re eager enough to just jump in, go ahead and download an emulator from Bluestacks, Andyroid, or Droid4X. Any of these will handle Kik Messenger just fine.

Afterward, all that you’ll need to do is use the Google Play store in your newly-acquired emulator to download Kik, before you’ll be ready to rock ‘n roll. However, there are still a few things that you’ll want to be aware of if you plan on using Kik with more than one device.

With most messaging apps that work between different platforms, all of your information is going to make the leap from device to device, with your message history, contacts, and other settings being synced to a server rather than the device, specifically.

In the case of your contacts, this is the case with Kik. When you use Kik on your iPad, your smartphone, or your PC or Mac, you’re always going to have your list of contacts available, as long as you log into the same profile.

Your message history, however, is not going to carry over. Every time you log into Kik Messenger from a different device, you’ll be automatically signed out on your previous device, meaning that your message history is going to disappear right along with it. While you can easily sign in and out of Kik on as many different devices as you want, you won’t be able to keep your messages from all of your various contacts as you do so.

While this might seem like a minor inconvenience (and it is), it can also serve as a helpful trick should you ever lose your phone. If you’re worried about anyone finding your message history for any reason, you can simply log into Kik from a different device!

Sadly, there’s no official way to run Kik natively on the iPad, yet. I say “yet” without any clear expectation that we’re going to see an iPad version of the app, but we also haven’t been directly told that we won’t, either. It’s all dependant upon where the Kik development team places its focus, and considering that Kik has to compete with the likes of Snapchat, Instagram, and other social media and messaging platforms, it’s understandable that their attention is staying primarily on smartphones.

That said, the above guide gives you a pretty easy fix that can have Kik up and running on your iPad (Mini, Pro, or Air) with only a few taps in Apple’s App Store. If we covered everything you wanted (or even if you still have questions) let us know by chiming in the comments!