You are here: Home / App / Is iPhoto For PC Even Possible?

Hey there! So, you’re looking for a way to run iPhoto on your PC. You think to yourself, “Apple released iTunes for other platforms to use… maybe, just maybe, they’ve done the same for iPhoto?” You might have searched the internet high and low or we might be your first stop in your quest. Well, there are some articles out there that make it sound like they have all the answers and will be able to show you how to get iPhoto on your PC. There’s even an “IPhoto;” note the capital “I.” We have seen some of these articles and websites and believe them to be extremely misleading, so we will save you a little time and heartache and just cut to the chase.

No. iPhoto for PC is not even possible. And we can’t. We can’t even. We just can’t possibly even. WAIT DON’T RUN AWAY! No, iPhoto is not possible on a PC, BUT you can set up an iCloud account on your PC! Plus, there are several other options out there we would love to show you. With these apps, you won’t even miss iPhoto. And don’t worry, if Apple decides to make it possible to enjoy iPhoto on a PC, we will be all over that story like Kylie Jenner on Snapchat.

Every photo you take communicates something about a moment in time – a brief slice of time of where you were, who you were with, and what you were doing.—Kevin Systrom, co-founder & CEO of Instagram

Like after a bad break-up, iPhoto and PC just can’t be friends. Let’s talk about iPhoto a little bit. Because as of time of publishing, there actually isn’t really an iPhoto anymore. I mean, there is on my 2010 MacBook that I’m typing on right now, but elsewhere, you’ll be hard-pressed to unearth iPhoto. You see, Apple introduced Photos for OS X earlier this year (2015), in a move to essentially kill iPhoto. Photos is meant to replace iPhoto and is tightly knit with iCloud to ensure that all your Mac products can be streamlined into one big shared blob. 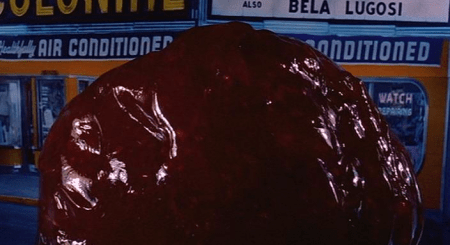 A new upgrade is avaaaaailablllleeeee…

Today, the phone, whether iPhone or not, is pretty much everyone’s primary camera, so, it only makes sense that Apple would build new photo software and services from the ground up just to keep everything connected. One step closer to syncing everything in your life. If you’re an iPhone or iPad user, you’ll already recognize Photos.

And this comes even after iPhoto had already been rolled into iLife ’11, an update to all Macs that included updated versions of iPhoto, iMovie, and Garageband. You had the option to keep iPhoto as it was, still available as a stand alone app, or you could update to this package deal. So listen, we want to first take you through a little history of iPhoto; why Apple pretty much got rid of it; why you might like to set up an iCloud account on your PC and how to do that; and finally, we’ll show you some other applications out there that serve as great alternatives to iPhoto and honestly, are great photo managing and editing apps in their own rights. As my grandmother would say, “And we’re off! Like a herd of turtles!” The first version of iPhoto was released in 2002, as part of Apple’s iLife software suite. This was a good two years after Apple bought the MP3 player / track management package SoundJam MP and rebranded it as iTunes. And seeing how iTunes became the standard sound file management software, it was a cinch that Apple would be looking to extend this brand dominance to other forms of multimedia: thus, iPhoto, which sought to do for photos what iTunes had done for sound.

Of course, iPhoto didn’t just let you manage your photo files, in keeping them all in the same place (though, of course, it did that, too). No, iPhoto was a bundled-in software package that let you tweak the color levels and do some very basic photo editing. And this was in a time when even the most basic photo management software was something that you had to pay through the nose for, or else (if you did find something free) it was a matter of downloading some sketchy software that was going to tear your computer apart. And we’re talking the early 2000s, before people were necessarily trying to get to your banking numbers (since nobody yet trusted the internet enough to bank on it). No, this was when people were trying to jack your computer up, just to prove that they could.

Anywho… Over the years, Apple has regularly upgraded iPhoto, and though it never enjoyed quite the ubiquity of it’s famous cousin iTunes, Apple has worked to keep it current. Edits included an increased integration with other iLife utilities, user interface (UI) upgrades, native integration with more and more social media platforms, and limited abilities to manage video files (though, of course, those are mostly handled through yet another application, iMovie.)

But of course, the biggest change came shortly after Apple transitioned to the Yosemite version of OS X. Yosemite was the version of the Apple operating system that really made a priority out of integrating the Mac experience with the already fairly-well integrated iPhone and iPad expereinces. Yosemite saw the advent of Hand Off, which allows you to port files from certain applications (Pages, Numbers, etc) back and forth from your iOS devices to your OS X devices without manually sending or uploading them. In short, Apple was prioritizing iCloud, and for iPhoto this became a complete rebranding. What was once iPhoto is now just Photos (consistent with Apple’s policy of naming all of their in-house software so generically that it’s almost impossible to Google for any advice when you need it).

So iPhoto is no more, Photos has taken its place. Whereas Apple had opened up iTunes for other platforms (as a means of incentivizing purchase of their game-changing iPods), they now have enough dominance on the casual computer market that it’s unlikely they’re going to make a similar move. They don’t have to, now. Their new tactic is pushing product integration. Which brings us to iCloud. We know if you’re reading this article the likelihood of you’re not being an all-Apple consumer is high. And guess what? We dig that. No one has to be an all or nothing shopper. You may very well own an iPod and a Windows PC. Or use an Android phone and love your Macbook. Either way, Apple has made it possible to participate with iCloud if you use a Windows PC. The major advantage of setting up iCloud across your devices is, as mentioned, streamlined product integration. You take pictures on your iPhone, iPad, iPod and Boop!, they pop up automatically across all the things. All of your edits are saved on all the things. All of your changes are saved on all the things. It’s convenient, to say the least.

How to Set Up an iCloud Account on Your Windows PC

If you’re ready to go that route, we’ll now take you through the steps to get iCloud on your PC.

That’s it! Now your photos will show up on your Windows PC.

That’s cool and all, but at the end of the day, maybe you don’t want your iPhone to talk to your PC. And you won’t really have Apple Photos on your PC, you’ll just have a place for all the photos on your phone to go. Or perhaps you just don’t want to drink the Kool-aid. We get that. So here are a few great alternative photo editing and managing applications that work just as well, if not better, than iPhoto or the still-new-and-working-out-the-kinks Photos.

And that’s all we have for now. Our condolences on the whole you can’t have iPhoto on your Windows PC. But we hope that this article gave you some ideas of how you can have at least a slice of your cake and eat it, too. Feel free to leave in the comments section any other tips, ideas, or iPhoto alternatives you love which we may have overlooked.

For once, you've got some time to kill. You could go on a walk, call your … END_OF_DOCUMENT_TOKEN_TO_BE_REPLACED

Playing games on your phone can be a great way to kill time, relax, or just take … END_OF_DOCUMENT_TOKEN_TO_BE_REPLACED