You are here: Home / App / What Does The Gold Star On Snapchat Mean?

When immersing yourself in a new application means memorizing an entire library of emoji and trophy graphics, it’s understandable if you get a little lost or confused. Amidst the sea of other smileys and symbols, many users want to know just what the “Gold Star” mean, in the Snapchat application.

It’s only natural that when an application explodes in popularity as Snapchat has, that its feature-set will follow. Millions of fresh users are going to arrive at the experience wanting fresh graphics and new things to do, and in our media-rich society, nothing appeases more than new flash and flair. For those less immersed in the constantly-updating nature of popular smartphone apps, this often means being stuck in a riptide of “new,” where the only way to keep up is to move at the same speed as everyone else using the app.

While most apps–especially those popular among teens–actively reflect this trend, Snapchat embraces it like philosophical doctrine. Snapchatters live in the moment, for the moment, and the short bursts of image and video that they upload from their experiences echo the speed at which they live their lives. In the ten seconds that you have to view a snap before it disappears, you might as well try to embrace that single moment from a person’s life just as they did–fleeting, but eye-catching. Attention grabbing. Nothing goes viral without having thousands of eyes upon it, and that’s exactly how Snapchat wants its users to live–as if your next experience could be an explosive moment that trends across a digital landscape.

We’ve written about Snapchat on Appamatix before, and in the following guide, we’ll explore every nuance of that “Gold Star” that’s so frequently featured in Snapchat media. It’s distinctly different from some of the symbols that are similar to it and has a specific meaning for any snaps that it appears next to.

Like many social media platforms, Snapchat can end up being a popularity contest. Millions of people are uploading thousands of images and videos daily. Snapchat encourages its users to broadcast their lives to their friends and the rest of the world, embracing our contemporary love for media and translating their experiences into media that can be consumed almost as quickly as these moments have happened.

If you’re not entirely in the know, here’s how it works: snaps only last a few seconds after you initially view them while stories can persist for up to 24 hours. While the recently-added replay feature has extended this somewhat, Snapchat content is meant to be consumed quickly, to make room for fresh new experiences waiting in the pipeline. More than any other smartphone app, this one strives to keep up with the people who are using it.

The Gold Star. What Gives?

Back to the popularity contest, though. You already have plentiful emoji and graphics that make sense from the get-go. If it has an emotive face (smiley or otherwise) you know that it’s the sort of standard fare that’s meant to convey emotion. Where our gold star falls into this won’t surprise you much, either. Think back to the simple concepts of “reward.” Think kindergarten or any particular stretch of your primary schooling when success and quick, smart thinking deserved some kind of reward. Is that gold star seeming a little bit familiar? 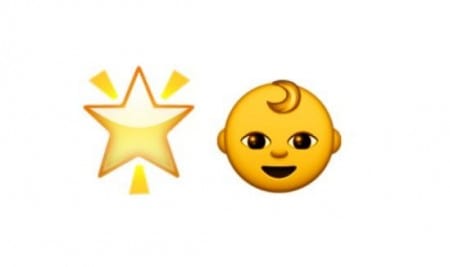 In essence, that’s all that it means. A snap with a gold star next to it means that it’s been replayed recently by other Snapchatters, and therefore likely deserves your attention too. You won’t know who has viewed it, or how many times it’s been viewed; only that other Snapchatters have had their eyes on it. It’s no guarantee that a particular snap is meant for you, or has been cherry-picked from your feed because you might enjoy it.

Nope. The gold star is only there to let you know that a particular snap has recently been replayed (more on this feature, below!) Simple stuff, right? Though it’s still a relatively recent addition to Snapchat (it was introduced in 2015), it’s still affecting the way that users interact with their feeds. Unlike the simpler emoji graphics that are just meant to convey a specific feeling, the gold star can give you some interesting ways to shape your experience in Snapchat, if you use it right.

What Else Can the Gold Star Do For Me?

Like most simple things, this one can be as useful as you’d like it to be. If you want a little more nuance out of your Snapchatting, read on to see how you can use the gold star to streamline your snaps.

Alongside the gold star, a “baby” emoji was also introduced to Snapchat at the same time. It joined the chorus of other symbolic emoji that can tell you an awful lot about the snaps they’re appearing next to! Unlike the gold star which is wholly controlled by what other Snapchatters are viewing, these interact more personally with you and your own experience. Here are just a few:

These are only a few of the emoji that can tell you just how active you are (or have been) with one of your friends on Snapchat. It’s not a comprehensive list, but we don’t need a library of emoji to construct a simple example.

Since the gold star only tells you that a particular snap might be pretty popular, you can know when your friends’ snaps might be trending! See one of the above emoji fraternizing with that gold star on a particular snap? It’s doubly worth your attention since  your friend (of varying degrees, thanks to the different shades of emoji) has a snap that’s generating some momentum.

You can also couple it with Snapchat’s “replay” feature. Perhaps added to appease Snapchatters that wanted more than a few seconds to interpret and experience their favorite snaps, the replay feature allows you to “save” a snap so that it can be viewed at your leisure for a period of up to 24 hours. It will still self-destruct and vanish into the void after that amount of time, but it gives you a bit more leverage when controlling your own Snapchat experience.

You’re not going to save and replay every single snap you see, so why not use the above lexicon of emoji to determine which ones are worth your time? Snapchat is still a very fluid, fast-paced social media platform, so you won’t want to bog yourself down with too many snaps. Recall what I said above about riptides and keeping up with the rest of the Snapchatters you’re swimming alongside. However, you can use the app’s emoji (including the new-ish gold star) to easily discern which snaps are the ones worth experiencing a couple of times.

As I’ve already said, Snapchat is a popularity contest. It’s a fairly informative one, however, that gives you a window into the lives and stories of the app’s millions of users. Rather than fruitless media consumption, Snapchat is instead a way to encounter and consume life experience that you might not otherwise have encountered. Whether it’s a photo or video of a beautiful place (or person) or a trending story in a particular branch of news that you’re interested in, the app likely has enough to suck you in and keep you absorbed.

Gold stars, hearts, and babies aside, content on Snapchat is meant to grab your attention. There’s a reason that its images and videos envelop your entire smartphone screen; in the brief few seconds (or hours, if you’re replaying a snap), you’re being given a glimpse into an experience that isn’t your own. A couple of decades ago, it would’ve made for some good speculative sci-fi, but with how prolific the smartphone has become–most have one in their pocket, let’s not even joke–we can safely assume that shared experiences like this are how we’ll continue to experience the wider world.

Take a look at our comments section below, trendy readers. Do you have a Snapchatter’s wealth of experience and stories? Any fresh and interesting ways to interact with the app’s various emojis, including the elusive gold star? Chime in with your Snapchat experience below, and shed some light on the newest updates and changes to occur in this massively popular social media platform.