You are here: Home / App / How To Get More Followers On Pinterest

Listen up, friends: Pinterest is serious business. I mean, if you thought it was just hobbies, crafts, and make-up tutorials, you will soon discover you don’t know much about Pinterest; or worse, you have not been using it to its fullest potential. Entire businesses have been built on Pinterest; it’s yet another wonderful app that can be utilized for fun and leisure AND growing a business / brand. The key to accomplishing the latter is: followers.

Followers, for many people on any of the apps which thrive on piquing the interest of the masses (whether Twitter, Facebook, Spotify, Vine, et al.) can be elusive. So, we’re here with some tips on how to get more followers, specifically on Pinterest; although the ensuing pointers may come in handy for some of the aforementioned platforms. (Also check out our articles for getting more followers on Vine and Spotify). So whether you are looking to grow your baby -clothes -made -out -of -recycled -picture -frames business or you just want to share with the world (and make sure the world sees) your amazing take on how to perfect the art of nose -hair tweezing, read on for the how to of getting more Pinterest followers.

I’d like to get four people who do cart wheels very good, and make a cart. — Mitch Hedberg 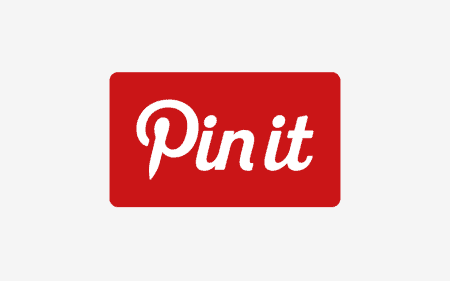 In a December 7, 2015 blog, Pinterest released the top 10 searches for various countries. Of course, that’s a constantly evolving list, but some topics have been and probably will be in the top ten, at least for the foreseeable future. In the United States, the list included: Harry Potter (likely to surge even more in popularity as the new Fantastic Beasts and Where to Find Them film not only comes out, but finally gives viewers a glimpse of American Wizardry), Lob Hair (I’ll admit, I had to look it up: it’s a “long bob”), Scandinavian Interiors, Vegan Recipes, & Alice in Wonderland (the classic celebrated 150 years this year). In Japan, Glamping (“glamorous camping” anyone?) and Eggs Benedict made the list; in France, Short Bobs (they would) and Easy Recipes; in the U.K., Dr Who Crafts (yes yes yes!) and Men’s Undercuts. And apparently just about everywhere, all the things Scandinavian are en vogue. So, what does all this mean to you? Why do you care?

Well, if you’re still reading, you clearly care. And you should. Simply put: supply and demand. People want stuff, whether to make it themselves or to purchase. And they want all manner of stuff. Pretty much anything under the sun is wanted by someone; one man’s trash is another man’s treasure and what not. And Pinterest is increasingly the place where people look and often find what they’re looking for. But Pinterest caters to more abstract wants than an eBay or an Etsy. This isn’t so much for people who want a tangible thing, as much as they want to share an experience, such as the experience of knitting their own Tom Baker scarf, or gaining a skill, like knitting their own Tom Baker scarf (can you guess what my New Year’s Resolution might be?).

If you’ve made it this far in this article and are not on Pinterest, allow me to give you a few reasons you should add this app to your social media platforms. If you’re already on and you seek the more followers business, feel free to skip to the next section, although I can be very entertaining so you might miss some pinnable material if you skip…just sayin’. 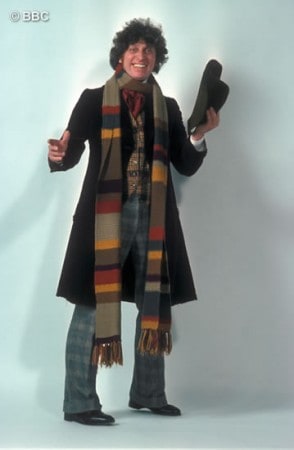 I, however, am not above the time-suckery myself, and have just spent a good half hour perusing various Pinterest boards, without even realizing it. So, guess what, marketers? People look at Pinterest! And how. And there are a LOT of people on Pinterest; over 100 million. And those people have money. Well, some of them do. With the advent of Buyable Pins, (“Buy It Now”), users of Pinterest can buy directly from the site. (This of course really complicates my earlier assertion about the benefits of Pinterest being more abstract.) And then there’s Promoted Pins, which is exactly what it sounds like, so that companies can promote their products directly to those parties most interested. If you’re into developing, Pinterest has a suite of APIs (application programming interfaces), allowing coders to build apps using Pinterest’s data. Let’s not forget, also, that a far greater number of people see your pins than simply your followers. Finally, Pinterest is about connecting people and building shared -interest communities, because sometimes, in the end, it’s not about things, but about experiences, and your brand can be a part of a shared and meaningful experience. And consumers remember that.

That was a lot of businessy -type talk (Sam the Eagle is so proud right now). But maybe you’re not of that mind and you were really just looking to get on Pinterest for pointers on how to create the perfect cat eyes and pin your recipes for homemade vegan lion food. That’s cool. You’ll still want some followers, for no other reason than connecting with others who share your affinity and passion for repurposed toilet seats. So without further ado, here’s how to get some more followers on Pinterest.

Did you ever see The Parent Trap? No, not the remake, the original, with Hayley Mills. You know the bit where they’re camping and they tell the evil, possibly new step-mother how to ward off mountain lions? By banging two sticks together. That is also how you ward off Pinterest followers. So quit going to potential followers’ houses and banging sticks outside their bedroom windows, you weirdo!

Seriously, though, there are some pretty straightforward tactics you can employ here. I don’t call them “tips” or “tricks,” because those suggest some magic silver bullet which will get you a million followers overnight. Rather, these are tactics which, if applied consistently, will score you a steady increase in your followership. And remember, followership is exponential. The more followers you get, the more likely you are to come to the attention of other new followers. Pretty soon, you’re exploding! You know, the good kind of exploding. Not cheesy scary movie head exploding. 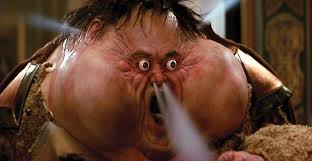 Complete your profile! And verify it. Don’t be lazy from the start. Give people an inkling about you and what you’re interested in and what you’ll be Pinning.

Earlier in the article, I mentioned some topics which are in high demand on the search engines. I also mentioned Pinterest’s API’s. There are ways of finding out what’s trending. Check out what similarly -minded Pinners (a.k.a. your competitors) are pinning and follow their followers. But don’t just pin whatever is popular; stick to things that genuinely interest you and are tied to your brand somehow. And when you’ve figured out what people are searching for, use key words and phrases in your Board names and descriptions. Make certain you stick with what’s relative when describing your Boards.

It is wise to have some Secret Boards going; don’t publish a half -finished Board. Make a Secret Board, put some time into it, and make it public when it’s a darn near masterpiece.

As the saying goes, “Interested is interesting” (which I guess could be repurposed here to “Pinterested is Pinteresting”). If you want people to follow you, you need to be willing to follow others. Why should someone listen to what you have to say, or care about what you add to the conversation, if you’re the digital equivalent of that person who “adds” to conversation by saying “Oh yeah, and did you hear about [whatever the person who was literally speaking right before you just said]”? Don’t be that person.

Take advantages of conferences and conventions

I know the temptation for increasing your social media profile is to limit your actions entirely to things that can be accomplished online, and indeed, there is a lot that can be done that way. However, if you really care about gaining more followers, you should be taking action in meatspace as well. Most of my Twitter followers, for example, I gained by attending conferences and conventions centered on things I care about. When you meet people in the “real” world, you’re more than just a name to them, or a random profile suggested by a search algorithm. You’re a person, perhaps even a friend, and your interest (and expertise) in the topic will come across as more sincere and genuine, as opposed to you just making mercenary decisions with follower count as your only concern.

Well, those are some tactics that should help you grow your Pinterest Followership. Feel free to share this article with anyone who’s been looking for some solid ways to increase their digital profile, and let us know in the comments which tactics have served you best.