You are here: Home / Alternatives / 10 Games Like Speak Out for Your Next Game Night

Speak Out is the type of game you play with your friends, but it can get a bit old. What are some games out there like Speak Out, where you can play with partners, guess key phrases, and laugh a bit at each other’s expense? You do need a group of people to play this game, so we tried to find other adult games you can play with a group.

In trying to find games like Speak Out, we focused on the following criteria:

All of these games fit these requirements and have some extras which will make your next game night the best one you’ve ever had. Most of these games are widely available, or you can get them online.

Cards Against Humanity is a party game which will have everyone laughing and will maybe leave a few people offended. It is one of those games where people can sub in and out, drop out early, and maybe have a few drinks. The game is simple. Each player will pull a black card with a question and everyone has to answer with their funniest white cards. Once you’ve played this one a few times, you can even invest in some expansion packs.

If you are with a group of friends who are easily offended, or you don’t know everyone who will be there, Apples to Apples is a similar game which doesn’t get as awful. It is the same concept. Someone will put out a green card, and everyone else has to put down red cards.

Whether you want the card to make sense or be funny will be up to you. Often, it will change per the judge. There are tons of expansion packs, so the fun will never have to end.

If you have had the same group of friends for a long time, Great Minds Think Alike is the perfect game for you. You need to choose the answer you think everyone else in the room will choose. The more people you can match, the more points you will get. It doesn’t necessarily have to be your own opinion. You just have to know the opinions of your friends.

You can buy a version of this game or there are tons of templates online. It makes for a great a game at birthday parties, wedding showers, baby showers, and graduation parties.

The rules of What Do You Meme are quite simple. You need to compete with your friends to create the funniest memes. Pair a caption card with a photo you turn over. Everyone will get a chance to judge and pick the best combination. 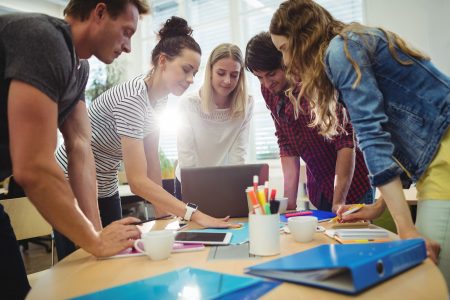 We all spend hours and hours looking at memes online, so why not put that research to work? This is a game which can go on a long time, people can hop in and out, and you will probably get into some lively debates.

How much do you know? Balderdash is the type of game where everyone is on the same page, so you don’t have to worry about one person running away with the entire game.

The game contains real but unbelievable information: facts, words, names, and more. Players will need to make up fake answers to the questions and then read them off with the correct answers. Everyone else will have to try to spot the lie. You score points for fooling people or for guessing the lies accurately.

This one gets really competitive and has even been known to cause fights, so proceed with caution!

Cranium is a great game which will give everyone the chance to show off their different talents and things they aren’t so great at. 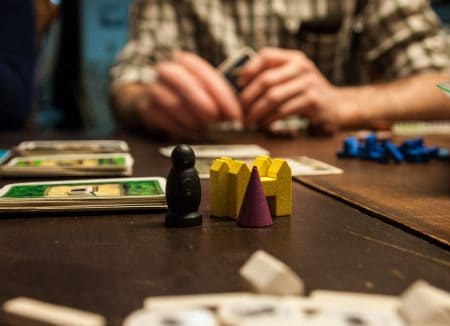 Players will team up and move around to the board to compete in four different activities: Drawing, knowledge, performance, and word skills. The teams must get tokens in every category before their time runs out. They will have to do things like sing songs, make up interpretive dances, spell words without certain letters, and more.

Do you know pop culture? Do you love words? If so, this is a great game for you. You need to find the rhyming pairs which satisfy the clues your partner will give you. You’ll come up with answers like Britney Spears in Tears, Obama Riding a Llama, Harrison Ford Swallowing a Sword, and more.

The game really tests your brain and because it is randomized, no one really has an advantage over anyone else.

You’ve probably heard of the trolley problem: you are walking along the road and see five people tied to the trolley tracks. There is a trolley coming and you notice a lever. If you pull the lever, you will save the five people but kill the person standing on the other side of the tracks. What do you do?

This game expands on that by adding in people like your own mother, an immigrant family, dinosaurs, and the cure for cancer. How will your friends react? Fight for your side to win the most points.

In 5 Second Rule, you have five seconds (that’s it!) to name three things which fit into a specific category. You will need to think fast and talk fast in order to get them out. If you can’t do it, the person next to you will get a shot at it. The person who has the most cards at the end wins.

Spyfall is another fun game where you need to know your friends and their tells. Everyone in the group gets a specific location and a role, except for one person who is the spy. Everyone has to ask and answer questions to try to identify each other and identify the spy. The spy has to pick up clues as to where they are without giving themself away.

These games are all fun, quick, and can be played with groups large and small. Games are only as fun as the people you play with, and games like Speak Out are best with people who are willing to get a little silly. Let your hair down and play some games today.