You are here: Home / Alternatives / Free Movie Download Sites Without Paying And Registration

Even though streaming media is the new norm by which we consume most of our entertainment, that hasn’t made the process of finding the films, television, or music that we want much easier. Amidst the myriad services charging monthly subscription fees, most users are jonesing for a free site, one that foregoes paying and registration, from which to download movies and other media from. If it seems like a pipe dream, that’s because it pretty much is–free content is almost always never supposed to be free, and treating it like it is will only land you on the wrong side of copyright infringement charges (if you’re supremely unlucky, that is.) Still, that doesn’t mean we can’t share some information that will help you to be a smarter consumer in our media-fueled culture, and that’s exactly what Appamatix is here to do, today.

“Free” is a word that’s taking on all kinds of weight, lately, and a lot of the responsibility falls on the way that we live our digital lives. We all have smartphones, right? When was the last time you were browsing the app store, swiping through dozens of different apps that each want your attention? If you’re like me, that one word keeps popping up next to more than half of them: free, free, free! When we do encounter an app that has an attached price tag, our finger hovers over that “purchase” button as if we’re making a life and death decision. “Is this actually worth $1.99, or will the ‘free’ alternative suit me just fine?”

I’d venture that the proliferation of ‘free’ apps in our day-to-day life has significantly skewed our perspective regarding what we’re entitled to, such that we don’t want to pay for anything in the digital space if we don’t have to. It’s not very often that we become objective enough to think of the people who created this content, be it an app or a Hollywood blockbuster before we consider how much we’re willing to pay for it.

I’m not sure about you, but that sort of mindset doesn’t sit well with me.

Rather than comparing everything to the imaginary ‘free’ standard perpetuated by app stores (because nothing is ‘free’ without sacrifice), let’s instead balance cost against value, and see if we can’t suss out some of the movie and television streaming sites that are best suited to what you want to watch. Paying for multiple streaming services in this day and age can cost an arm and a leg, but paying for the right one is a whole other story. Before going any further, let’s address the elephant in the room. Netflix has become gigantic, so much that it has its own cultural meme attached to it in the form of “Netflix and chill.” It’s purely a streaming service, with no downloadable options available. Why does it get a place on this list, then?

Mostly, I include it out of necessity. We can’t talk about online movie viewing and leave Netflix out of the picture, especially since it offers more affordable options for that viewing than a majority of its competitors. In addition to that, there are certain films and television shows that are featured solely on Netflix, and they’ve received enough critical acclaim that they’re most certainly worth your attention.

For $8 per month, you can have access to the full Netflix catalog on a single device. That’s hundreds of films, dozens of television shows, and many documentaries that are constantly changing all of the time. Bump that up to $10, and you can access Netflix on two devices. Think of how many movies you can buy for $8, or how many cups of coffee, or how many trips through the Burger King drive-thru. When you start to examine the value in this light, it’s fairly clear that ‘free’ doesn’t give you that much more than $8 per month will, and with Netflix, you’ll have the reassurance that you’re not downloading anything illegally. Here I go again, lumping services together in such an awkward way! Though…it might not be as awkward as you think. Amazon, already regarded as a shopping and sales giant across the entire world, is also one of the best providers that you can find for downloadable videos as well as streaming video! How that works can seem slightly convoluted from the outside, so let me break it down into two parts.

First up, the Amazon market as a whole offers a massive library of films and television for purchase that dwarfs any other competitor. If it’s made the transition to digital, there’s a good chance that you’re going to find it on Amazon, even if it’s not anywhere else. Of course, these are all individual purchases that stand apart from Amazon’s streaming service, and they’re all subject to the sales and standard retail prices of movies and TV shows. But, that doesn’t make it any less viable of a place to shop for your media needs.

Amazon Prime Video, on the other hand, has quickly risen to be a direct competitor to Netflix in the streaming media arena and offers both a wealth of shows unavailable on other services as well as its own original programming. The trick that throws most users off is the Amazon Prime price point, which isn’t exactly explained concisely anywhere. For $99 per year (or $10.99 per month–your choice) you’ll not only get access to the entire Prime Video streaming library (which constantly changes, like Netflix), you’ll also get free two-day shipping on select items from Amazon, the Kindle lenders’ library for avid readers, and the Prime Music curated playlists and services.

As far as value goes…hopefully we’ve shown you just why Amazon Prime and its streaming video service are such a ridiculously good value. As always, the choice is yours, but this is not a service to overlook.

Okay, so maybe popular streaming video services mostly consist of great big elephants in the room, but Hulu is another that we just can’t afford to ignore when you’re looking to get as much value as you can from your precious dollar. It’s similar in concept to Netflix but is actually less expensive. This is due to its advertising revenue model and its focus on new and popular network television shows. Hulu is the cable cutter’s dream!

The biggest difference that users will notice right out of the gate is the fact that your media has commercials. Some may dread this addition more than others (I know that I do), but it isn’t a dealbreaker, and Hulu does offer an enticing “No Commercials” plan for $11.99 per month. When you consider that a subscription will give you access to all of your favorite network cable shows (but not premium shows–those will cost extra), you’re saving quite a bit of money compared to what you’d normally pay per month for cable access.

Of course, if you don’t mind commercials and advertisements, you can always opt for the $7.99 per month “Limited Commercials” plan, which only features a modest amount of them. Hulu is far more focused on television than films, but you’ll get the newest episodes as they air. You’ll also get access to quite a few movies overall, including classics from the Criterion Collection. 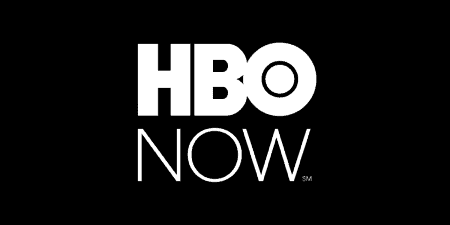 The last entry on this list is being included because it was practically created by sheer, popular demand from media hungry users. Now, I know full well that HBO is largely regarded as an expensive addition to cable service, and as such is usually outside of the average users reach. Previously, you had to have cable access before you even had the option of expanding that cable access to include HBO. It was horribly unfair to cable-cutters, especially since some of the best programs on television were happening on HBO. (Game of Thrones? Girls? Rome? I could go on and on.)

It’s still one of the most expensive options on this list at $14.99 per month, but once again, if you stack that against the cost of even a single movie purchase every month, it’s easy to see just how much content you’re getting for your money. An HBO Now subscription will give you access to everything playing on HBO, as well as every HBO original series and film that has ever played on the popular network. In addition to that, you’ll get access to over one hundred films, many of which are blockbusters and new releases that not even Netflix and Amazon have access to, yet.

Not even a free, illegal download service is going to give you the kind of value you’ll find in HBO Now, and while it might be one of the most unexpected entries on this list of recommendations, it is absolutely my favorite. Check out this list of available devices that you can use with an HBO Now subscription.

Hopefully, you haven’t felt misled by the title of this article. “Free” movies and television aren’t available in the same way that popular apps are unless you’re willing to cross the lines of legality and download things that would normally carry a price tag. That’s not our jam at Appamatix, so we’d instead like you to encourage the sheer amount of value that you can get from the more popular streaming video services online. The amount of content that you can net per month at such low price points is unprecedented.

Payment, registration, and legitimate access are the name of the game if you want to watch movies and television online (legally, at least), and while that might be a jarring concept in a world that wants more and more of its digital media ‘free,’ it’s never been easier to get more value per dollar than it is right now. If you found our guide helpful, don’t hesitate to share it, and as always, leave questions and comments below!