Just what in the hell is “Finstagram?” Is it an Instagram extension, or fake Instagram? Is it a meme? It is an online joke, being shared in various corners of the internet and you’re just not in on it? If you’ve run across the term, it’s likely piqued your curiosity based on its name alone, but the truth is that it’s none of these things…sort of. It’s another link in the social media chain, a smaller event in a larger phenomenon and in our brief guide, we’ll take apart the terminology and figure out just what’s going on with Finstagram.

The digital era has taken a firm hold on the way that we conduct ourselves in the public sphere. Of course, it’s also contained our entire perception of what the public sphere is. No long constrained to our face-to-face interactions with people, the digital has become encompassed as “public,” and the particulars of our privacy settings on myriad platforms of social media. If your Facebook profile is even remotely “public,” then you’re just as wide open to the rest of the world as an unlocked door.

Younger generations haven’t just rolled with this change in discourse; they’ve taken it by the horns and used it to shape everyone’s perception of themselves and the generation as a whole. Take a look at the trends happening on popular platforms like Twitter, Facebook, and Instagram, and you’ll quickly see that, for people using it to market themselves, perception controls everything that happens in online social media.

Such is the case with “Finstagram” and its relationship with the social media overlord Instagram. People unfamiliar with the term automatically assume that it must be some sort of competitive service or a third-party client that people are using to get more out of their Instagram profiles. It’s not a bad assumption to have–Twitterific is merely an extension of Twitter, to provide a comparative example. However, the truth is that Finstagram is an user-coined term and an user-generated phenomenon that springs straight from the unspoken rules of “how to Instagram.”

If you’ve read Appamatix’s previous guides concerning Instagram followers, you already have some idea of the best practices surrounding the social media platform. How many times per days to post, how many hashtags to include, how to properly caption your images; the list goes on and on, but there are tried and proven methods that you can use on Instagram to catch and hold peoples’ attention, thereby generating a healthy body of followers.

Finstagram doesn’t care about followers. Well, that’s not entirely true. It does, but for entirely different reasons that people with normal Instagram followers might. Let’s take a look at some of those Instagram “best practices,” and then examine the ways that Finstagram contrasts with them.

For most who use it, Instagram is a platform for personal promotion. Whether you’re promoting yourself, your business, your latest album, or even your most recently published book, the reason that most people use the service anymore is to reach as wide of an audience as they can. This isn’t always the case–it’s just the trend that Instagram has taken now that social media names like Snapchat have gobbled up the shorter attention spans that used to frequently post here.

Check out your own Instagram feeds, and see how many of these basic tenets are followed:

Most of them, right? That’s because they’ve become the standards by which people gain new followers; the methods of using Instagram that are the furthest reaching without being obnoxious about it. These aren’t rules or suggestions put forward by Instagram itself; instead, they’ve been generated by the social culture that uses it. Flying in the face of these rules isn’t considered taboo, but it might turn some users off right out of the gate.

Essentially, if you want followers, these are the basic guidelines that you’ll usually follow. With me so far? Good. Now, get ready to throw it all out of the window, because that’s not what Finstagram is about at all.

If anything, Finstagram has come to exist as a reaction to the “best practices” currently espoused by those with huge Instagram followings. as I hope to demonstrate, this development shouldn’t come as a surprise to anyone, considering what’s expected from people who manage to generate a large number of followers on Instagram.

Think about celebrity culture for a moment. Unless you’ve partaken in the craziness that is that lifestyle, it probably looks a bit like a set of unmanageable burdens tacked onto the already weighty responsibilities in life. Celebrity culture turns people into set pieces, where everything you say and everywhere you appear is viewed with judgemental scrutiny. Your followers aren’t just followers; they’re critics who are waiting for you to slip up; waiting for an opportunity to pour their own penchant for drama on some perceived element of your life based on…literally any scrap of information they can get ahold of. 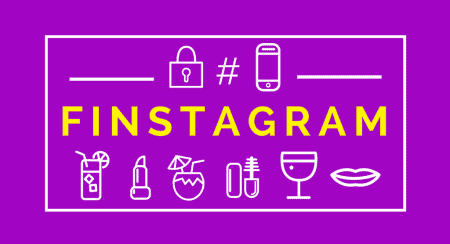 The social media phenomenon has been incredible for helping us to stay in contact with other people, but it’s also allowed celebrity culture to become more pervasive and, worse, invasive in our lives. The more followers that you have, the more pressure you’re going to feel to perform. When you go to sleep at night, you can’t even look forward to the coming morning without an accompanying sense of dread about what happened in response to your social media presence while you were sleeping. It’s unprecedented in human history, and we haven’t quite figured out how to deal with it, yet.

Enter Finstagram, a minor trend that mostly exists among young people using Instagram. It’s not a “fake Instagram,” necessarily, and it’s not an entirely different service from the main social media service. Instead, Finstagram is a way to approach Instagram that diverges sharply from the best practices outlined above.

Finstagram users are sick of the rat race that has become social media, and most people who partake in the trend want to instill some fun back into their experience. That’s the most important thing to know; they’re doing it for fun.

The basic premise of it is this: you create a separate Instagram account that does or doesn’t feature your actual name, and you lock down the privacy on the account as tightly as you can. Nobody can find it unless you choose to follow them first, which means that you can cherry-pick the people that are able to view your Finstagram. Because of this, you don’t use your Finstagram for self-promotion. You use it to share fun things, whether it’s something stupid that happened during your day, something inane and fascinating from dark corners of the internet, the Tarantino posters on your wall, or literally anything else. You curse, you post as frequently as you want, and you hashtag the hell out of your pictures (though, because of the tight privacy settings, those hashtags won’t go very far.)

People do all kinds of crazy stuff when they create a Finstagram, even going so far as to create an entirely different persona. They’ll link pictures and share captions that sound as if they’re coming from someone entirely different, and it’s for the sake of entertaining the close circle of friends that they allow to follow the profile in the first place. Contrary to kneejerk suspicion, there’s nothing wrong or illicit about Finstagram accounts. They’re meant to liberate. They’re meant for fun. They’re a way for people who are feeling the typical pressures of social media to liberate themselves from its influence, and bring some enjoyment and control back to the experience.

In the end, there’s only so much fighting against the current that you can do. Social media is shaping up the way it is because of the practices that the rest of the world employs when using it, and Finstagram isn’t out to change any of those. If it were, it wouldn’t be so intentionally isolated. That privacy and control can be a true relief, though, when compared to the pressures that can stack up when you have thousands of followers.

How about it, friend? Does a Finstagram sound tempting? Are you constantly stuck fighting against the implied demands of a large number of social media followers? Hell, I don’t even have that many followers and it sounds tempting to me. The important thing to know, though, is that Finstagram is something people are doing for fun; it’s not inherently fake and it’s mostly quite harmless, considering how isolated Finstagram accounts tend to be from the usual business on Instagram. If you found our guide informative, let us know what you thought in the comments below, and don’t forget to share on Facebook and Twitter (or hey, even Instagram!)