You are here: Home / Alternatives / Download iPhoto For PC: Windows 7, 8

Now that practically everyone in the US has a smartphone in their pocket, it wouldn’t be a far cry to say that each of those people has become an amateur photographer. Apple’s well-regarded image-editing suite for Mac, iPhoto, has long drawn the attention of jealous PC users, and we’re here today to suss out whether or not you can download iPhoto for your Windows 7 or Windows 8 PC.

In truth, we can’t even accurately refer to the software as “iPhoto” anymore. In 2015, as Apple took further steps to combine the experiences of its flagship devices and operating systems, iPhotos was rolled into the overarching “Photos” experience that’s available on both Mac and iOS. The features from iPhoto have been incorporated into that built-in media management tool that comes preinstalled on every Mac computer, iPhone, and iPad. Some have taken this to mean that Apple has stopped support for iPhoto, but that couldn’t be further from the truth. The company even keeps its iPhoto web page updated, in spite of the software having been incorporated into a more widespread image management suite.

As a result of this, Photos has become an exceptionally powerful little image-editor, no matter which platform you’re using it on. Though it may look like a simple image organizer on the outset, you can also use it to crop and resize images, while also altering the saturation, color, and warmth of your photos. Several popular filters are available too, and from within the Photos app, you can share your images on practically any social media or web-based platform.

It’s not going to replace heftier design software like Adobe Photoshop, but it has certainly held its own for the average consumer over the years.

While this is great news for Mac users (since it comes preinstalled on every device and with every operating system package) it doesn’t exactly bode well for those on Windows PCs. As of 2016, there is still no way to implement the Photos app on a Windows computer. Under the tight reign of Apple’s proprietary control, it doesn’t look like it’s going to happen anytime soon, either. Apart from iTunes and the QuickTime Player application, no other Apple software has made the migration to a different operating system and, truth be told, there isn’t a great deal of incentive for Apple to do so, yet.

That doesn’t mean that we should stop asking for it as responsible consumers, but in the meantime, there are several software titles, apps, and online services that can serve as excellent stand-ins for Photos. 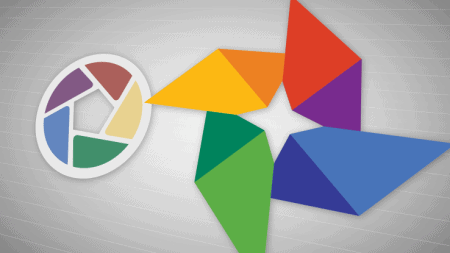 This entry in our list of recommendations is going to take the cake, so I’m not even going to save it for last. If ever there was a multiplatform contender that stood a chance of making Apple’s Photos app shake in its boots, it has to be the ever growing Google Photos app.

“What about Picasa?” you might ask. Previously, it was an automatic go-to when people didn’t have access to the user-friendly toolkit provided by Apple’s software. Thankfully, it’s finally being given a new, appropriate home within Google Photos, which is only appropriate, considering just how long Google has owned Picasa in the first place. Prior to its incorporation into the larger app, Picasa existed as a sort of half-supported stepchild, lingering on the sidelines and still used by thousands of people, but rarely updated and woefully out of date when compared to other contemporary software.

Now, we arrive at Google Photos, and if you haven’t given it a try, you owe it to yourself to do so. It’s a free service offered by Google that provides you with practically everything you need to manage your entire media library. Here are a few of the most noteworthy features.

Granted, those photos and videos can’t exceed 16 megapixels or a 1080p limitation, but if any of your files are larger than that, a cloud-storage service is somewhat impractical, anyway. Whereas other services such as Apple’s iCloud or Dropbox will make you pay a premium for extra storage space, Google is casting aside that rule and giving you unlimited access and storage. It’s unprecedented, it’s really cool, and I have the feeling that it’s even managed to convert some people away from using Apple’s Photos app.

The list of benefits available to Google Photos users could go on and on, but here’s one last bit to whet your appetite: any changes that you make in your uploaded media can be automatically applied to the original copy on your hard drive–even if that original copy is in Apple’s Photos. This cross-application of image-editing results makes Google Photos a truly versatile platform, and one that you should check out no matter what device you’re using. 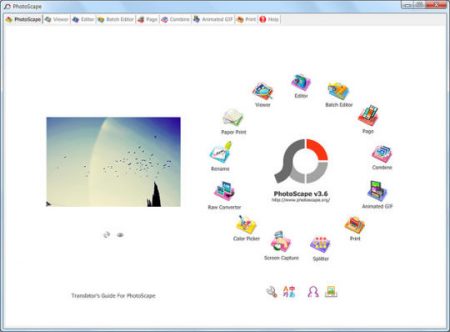 Prior to the growth of Google Photos, Photoscape was a close contender with Picasa, and many professionals relied upon it as a free software option for image-editing. Many still do, although the crowd is thinning out thanks to the increasingly better offerings from both Apple and Google.

Still, if you’re one of those users that would prefer not to play ball with the mega-giant media platforms, then Photoscape is still an excellent free option that will give you a surprising amount of control when it comes to organizing and editing your media. It has many standard fare features that allow you to adjust your images, from contract to saturation, warmth to brightness. It also has a few advanced features, such as a clone stamp tool, backlight correction, and effect brushes that allow you to apply unique aesthetic effects when used.

Photographers, in particular, will find a lot to enjoy with Photoscape since it carries a RAW to JPEG image conversion system that’s all but necessary for professional photography work. Outside of more robust editing suites such as Gimp or Adobe Photoshop, RAW image conversion can be a difficult process to wrangle, but Photoscape handles it quite easily. Social media hounds will enjoy the ability to merge separate photos into customized frames–an especially appealing feature for anyone looking to create the ultimate Instagram capture.

In truth, there’s no reason that a software-based editor like Photoscape can’t accompany your use of a more web-based cloud storage system like Google Photos. Combined together, they’ll give you a serious amount of control over how you present, edit, and store all of your media. 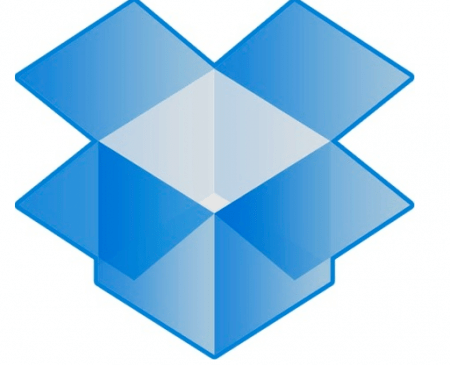 I’ve already made brief mention of Dropbox, but I’d like to briefly explore it as its own option, here. Since there are quite a few reasons that people yearn for an app like Apple’s Photos in the first place, it’s important to provide apt alternatives for each of those reasons.

If all that you’re looking for is an effective way to store, share, and safe-keep your images, videos, and other files, then Dropbox is certainly one of the best options for you. It doesn’t offer the appealing, unlimited storage potential of Google Photos, but it’s tried and true and is also always improving its interface and service.

Like Google Photos, it can be installed on any platform–Windows, Mac, iOS, Android, or Chrome–and features lightning-quick synchronization between all of the platforms that your Dropbox account is attached to. It’s a dual-function cloud storage and local storage software, which means that you can instruct Dropbox to keep all of your files in cloud storage, and also, keep them synced and up-to-date locally on any number of platforms.

It has a surprising amount of versatility, which has drawn in individuals and businesses alike for several years. Starting out with Dropbox is free, and if you do manage to fill up its rather generous amount of storage space, you can always pay for a little bit more.

While it’s regrettable that Apple’s Photos app isn’t available on Windows–and doesn’t look to be coming to us anytime soon–you can rest assured that it’s putting pressure on alternative software developers to step up their competition. A glance at Google Photos will reveal as much, and may even tempt some Photos users into trying this new, unlimited-storage platform.

Though we can continue to lament not having more widespread access to what used to be iPhotos, both Mac and Windows users (7, 8, and 10) can all find advantages in these alternative software options. If you’re a Photos convert (or even a Photos veteran) chime in below with your comments, and share your thoughts about our alternative recommendations or Apple’s proprietary ninja grip on its software.