Remember when you would run home from school as fast as you can so that you could turn on your Nintendo or Playstation and pick up where you left off the night before?

The fond, yet annoying days of having to wait hours on end to be able to play that new addicting game you just got. Here’s to technology and a little useful trick to fix that dilemma!

In an ideal world you could play Clash of Clans anywhere you like, from your home to your office, while on a train or bus or airplane. Luckily for you, I’ve got a few tips that’ll help get you a little closer to that ideal world. This guide is meant to cover everything you need to know to link BlueStacks and Clash of Clans so that one of the best mobile app games of all times can be brought to more devices than ever.

The steps below are easy to set up but you may not have ever done something like this before so I’ll walk you through everything you need to know. Best of all, it is completely free to download and play, just like the app is for iPhone and Android.

New To Clash Of Clans?

If you haven’t played Clash of Clans previously, you’re missing out on one of the best and most epic app based games of all time. In fact, Clash of Clans is the top grossing app of all time both in iOS and Google Play. It’s an awesome strategy game where you build your own “clan” including constructing buildings, training troops, building up an army, and ultimately trying to battle another clan to get their gold and elixir. The app is most commonly played online with a community where you can join up with other clans in allegiance.

Clash of Clans was the first game released by Supercell and considering the fact that it is the top grossing app of all time, that is an incredible feat. Supercell has also created Hay Day and a recent release of Boom Beach. Both games have a similar look and feel to Clash of Clans, albeit, different objectives and “themes” for each.

Bringing Clash of Clans to Desktop

You would think, the top grossing app of all time would have enough money and incentive to want you to play the game any and everywhere. Given that most people carry around their iPhone or Android with them most places, Supercell can be confident their games are available when you are out. But what about when you’re sitting at home or you’re at work and want to take a quick 15 minute break from chugging through excel spreadsheets or filling out TPS reports? On top of that, it would be great to play the game on your 30″ monitors and really dive into the game and all it’s glory.

There are a few great features of BlueStacks that make it the best option out there:

Ready to dive into the good stuff? Let’s walk you through how to download, install, and get BlueStacks up and running and then we can cover getting Clash of Clans on BlueStacks so that you can play on your desktop computer anywhere you’d like.

Below I will walk you through the steps to get you up and running. Note, there are a few caveats, the main one being that you will need access to a Google Play account. So if you have an Android device, that’s great, if not, try to get a friend’s login if possible. There are ways to download the apk file through other websites but I wouldn’t advise downloading the app from another website beyond Google Play as you don’t know if it contains a virus or malicious spyware. It’s better to stay on the safe side.

Simply follow the steps below and let me know if you run into any issues. If you do, I can try to help you work through them on my end.

1. First, you’ll want to head over to BlueStacks and click on the download button depending on if you’re using a Mac or a PC. The PC version is a bit more well tested as the Mac version is Beta. But they should both work either way.

3. Now that you’ve got BlueStacks installed you can get it setup with your Google Play account. Make sure you first head over to play.google.com and sign up for an account if you don’t already have one. When you sign up, that’s when you want to register your Android device with your Google Play account. Unfortunately, Google won’t allow you to download their .apk app files without having a registered device. I wouldn’t recommend downloading the .apk file from somewhere else as you don’t know if it will contain a virus or not.

4. Now that you’ve got Google Play setup, simply open BlueStacks and click the “1 click sync” button which will sync your Google Play account to BlueStacks. This is a quick way to bring over the apps that you had on your Android device and put them on BlueStacks to play on your computer. You will have to go through the setup process by entering in your Google login information.

5. Now that Google Play and BlueStacks are linked you can click the search icon at the top right and type in “Clash of Clans” in the search box. That will bring up the Clash of Clans app and you will be able to download and install the app to BlueStacks.

6. Once you’ve gotten it you should be able to go to settings, then go to the Google Plus icon which will let you login. You’re now ready to play Clash of Clans on BlueStacks! 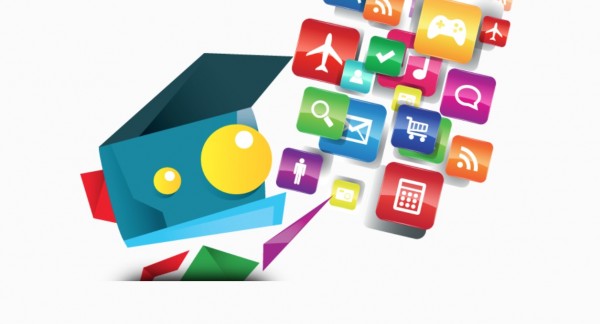 If you have previously played Clash of Clans and want to import your current game to BlueStacks, you can follow these instructions to help you sync them. You will have to first run through the normal tutorial play to get to the point where you can select the settings button.

Now that you’ve gone through the initial tutorial, go to the settings button and go to “link a device” which will link your Mac or PC to your old device, iPhone or Android that you used to play at first. Make sure you change your Mac or PC to be the new device.

You will now want to go to your iPad, iPhone or Android and go to settings and select that this is the old device. It may ask you if you’d like to link it to another account, choose yes and just choose you want to link it to “another device” which will allow you to link it to BlueStacks (Android). You may need to enter in a new code that Clash of Clans has given you for the new device.

You should now be all setup with your old Clash of Clans account on your new BlueStacks app. You probably want to restart Clash of Clans/BlueStacks to make sure it takes effect.

Clash of Clans For PC with Andyroid

Another great option is to use another Android emulator called Andyroid, similar to BlueStacks but can be a better option in a lot of situations. I find Andy to have less issues with glitches in general. Also, Andy works well on a Mac if you also use that to play games.

It’s similar to BlueStacks when you download the app all you have to do is install the software and from there you can login to your current Google Play account and download the Clash of Clans app. I find that in a lot of cases Andy runs better with my graphics card and there are less crashes.

Use Clash of Clans without Touch Screen

When you’re playing Clash of Clans on your computer you likely don’t have a touch screen. If so, you will want to follow these tips to make it easier. You have to attack using the mouse button which can be difficult. Sometimes there can be an annoying delay, especially if you have a slow graphics card.

If you want to zoom in you can hold down the control key on your keyboard and scroll with your mouse scroll button. You can also press + or – while holding down control to zoom. It’s not initially intuitive how to zoom in and out.

Can you switch playing Clash of Clans on a new device?

You can start a game on your iPhone or Android device and from there you can start playing the same game just on your PC. All you have to do is link the game to your Game Center account. So in order to do this you will have to link your current game on your iPhone or Android to the game center. That way you can sync the account and Supercell knows which game they should use on the new device.

This is a great option if you want to go back and forth between devices. Say you’re at home and want to play on your phone, but then you go to class and want to switch to using your laptop PC to run Clash of Clans. It’s super easy to make the switch. However, it will log you out of your game on the previous device so you can only have the game loaded on one device at a time. This prevents someone tricking the servers and two people playing the same game at the same time.

It may be a bit difficult if you want to switch from your iPhone to a PC as this will be switching from the iOS operating system to the Android operating system. If this is the case you may just want to start a separate game to use on your PC. If you’re set on switching from iOS to Android you can follow this CNet guide that will walk you through the steps. If you just started a game it may just be easier to start a new game instead of going through all the steps.

Know of any other good options beyond BlueStacks to play Clash of Clans on PC or Mac computers? Let us know your experience with the guide above and if you got it to work on your end. We hope now you can play Clash of Clans any and everywhere, like the gaming gods intended!