You are here: Home / Alternatives / Best Messenger For PC (Windows)

The speed with which we communicate in 2016 is pretty remarkable if you spend some time examining it. We’re no longer scrambling to keep in touch so much as we’re looking for the best messaging software and applications by which to do so, which is why today, Appamatix is here with a list of the best of the best–the messengers that you want to install and use on your Windows PC. From browser-based titles that you can pick up anytime, anywhere, to fully featured applications that’ll handle anything you through their way, we’ve got you covered.

Tech savvy users aren’t spoiled for choice, that’s for sure. Technology carries the weight of a great majority of our communication, but most of the time, we automatically assume that smartphones are all that we truly need. After all, isn’t everyone packing one in their pocket, these days?

There are quite a few ways to bring that same level of accessibility to your computer, even though they’re not always obvious. Many of our favorite applications also have versions that can be installed on desktop and laptop computer. More still focus on being as lightweight as they can, usually working as a synched “messenger portal” in your web browser of choice. Still more don’t have a native PC version at all, and thus, we rely upon top-notch Android emulators to bring them to Windows.

Here’s the trick about nailing down the “best” of these handy tools: which one works the best overall is going to depend on your needs; not our expertise with using them and writing about them. Therefore, we’ve prepared a list of the best, along with plentiful details about each of them that will help you to narrow down which one is right for you.

In an effort to make this list as concise as possible, it’ll be broken down into two parts: native application and emulated applications. Those designed to run on Windows (or in a web browser) are all lumped into the same category because they don’t require an emulated environment in order to work. Those that do will be a part of that second list, where we’ll also briefly describe the emulation process to those unfamiliar with it (don’t worry; Appamatix covers emulators a lot!)

To kick things off, we’ll look at the most immediately accessible messaging apps for you, on Windows. These are the apps that either install on your computer, run through your web browser, or sync up with the correlating smartphone version of the app. Keep in mind that all of these are excellent applications with the types of features that people value in a contemporary app; there isn’t a “best” of the bunch, so much as these are the best that you’ll find amidst the ocean of competing apps. Admitting my bias, I’m including Facebook Messenger first on this list. If you’re wondering about the app’s accessibility, all that you have to do is look at the accessibility of the social media platform that spawned it. Facebook isn’t only massive, it’s wide open to the entire world’s use, and so too is its messaging service.

You’ve probably sent a message on Facebook, before. It pops up as a little notification at the bottom of your browser window, unintrusive yet informative. Concise, yet as attention-grabbing as it needs to be. Messenger is much the same. You’ll have access to your entire network of Facebook contacts, and will be able to send audio and video messages, as well as place audio and video calls to each of them. This is one of the few apps that has successfully taken the calling feature made popular by apps like Skype and FaceTime and incorporated it with the rest of its messaging features. 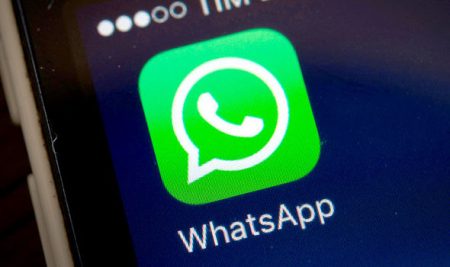 WhatsApp has been around for years, during which it has weathered the rise and fall of competing messaging apps all around it. Through all of those years, WhatsApp has only changed through the features it’s added. It remains hugely popular with millions of daily users, and also stays on track with its original mission statement: to be a “pure” messenger that isn’t constrained with advertising or trendy graphics.

WhatsApp’s minimalistic design helps it to serve as a viable replacement to your mobile device’s baked in messaging features, but it’s the Windows access we’re here for. If you head to the WhatsApp Web portal through the app’s website you’ll find a QR code. The thing that sometimes throws many users off is the fact that WhatsApp Web isn’t a standalone messaging service; it’s more of an extension of the app on your smartphone.

Using the WhatsApp app (that never gets old), you can scan the QR code on WhatsApp Web to sync your mobile device with your browser. As long as they remain synced, you’ll have every bit of access to WhatsApp in your Windows-friendly browser as you would on your phone!

WeChat has been around for a while, but it’s recently begun gaining quite a lot of traction due to its ease of use and the bevy of features it’s packing. It has audio and video calling, audio and video messaging, as well as stellar accessibility across a wide variety of different platforms.

While it excels on smartphones (most messaging services do, these days), it also has a downloadable desktop app for Windows PCs. Once you have your WeChat account setup, the desktop app and everything that happens on the mobile version of WeChat will regularly sync. Convenient, eh?

If that wasn’t enough, it also features a web portal that connects in virtually the same way as WhatsApp Web. You’ll head over to the WeChat Web portal, scan the QR code with your mobile app, and get busy with all of those messaging features right from your web browser. Chalk another win up for Windows PCs! 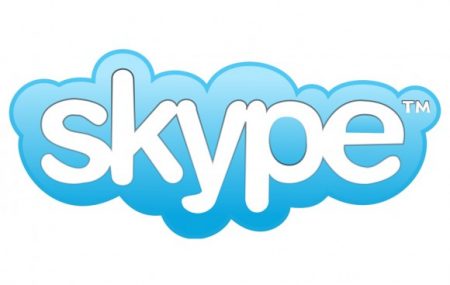 Skype is the odd duck on this list because it isn’t technically just a messenger. It’s also a productivity tool, as well as several other things, but its messaging features are too good to not give it the mention that it’s due. Windows users also benefit by the fact that Skype is owned by Microsoft, and therefore integrates perfectly in the operating system.

Think of Skype as the progenitor of consumer friendly, free video calling. It’s been a host for that feature for years, to such an extent that “Skype” is practically a verb that means “video call.” People use it to keep in touch with contacts across the world, and its servers are stable and strong enough to keep up with high-resolution video and high-quality audio. On top of that, group and individual messaging is top of the line, and every place that you have the Skype app installed will sync up and store all of your messaging histories.

Head over to the download site and pluck up a copy of Skype for every compatible device you own. If you’re a fan of long-distance video calling over Wi-Fi, it’s a stellar choice.

Emulation means that we’re going to need to go through one significant, extra step before we can have your messaging app up and running, and that’s because none of these choices run natively on a Windows PC. Don’t worry; we won’t let that slow us down too much.

The reason that you might want to go the emulation route is simple–a lot of people have friends on these mega-popular apps, and running them from Windows can provide you a level of accessibility beyond what you have on your smartphone. That’s reason enough, right?

For our needs, we’ll be turning to one of several popular Android emulators. The process is simple–the emulator uses your computer’s resources in order to create a virtual environment that mimics that of another operating system, in this case, Android. If legality is a concern, don’t worry about that, either. While some emulators and the applications that they run can end up on the wrong side of the law, that won’t be the case with ours. Since we’re getting all of our apps through the Google Play Store, we’re off the hook.

Before we take a look at the apps, we’ll need to find you a decent emulator. I recommend either Bluestacks or Andyroid. Each has a slightly different aesthetic and approach, but both are free and both will tackle any Android software we throw their way.

Once you have your emulator installed, just head to the Google Play Store and search for…either of these two applications! If you haven’t heard of Snapchat, I have to wonder what size of rock you’ve been hiding under the past few years. All jests aside, it’s become one of the most popular social media and messaging platforms that people are turning to on smartphones, and the reason is because it’s just so much damn fun.

The foundation of Snapchat is its micro-media messages, aptly titled “Snaps.” Consisting of only a static image or a few seconds of video, they can be edited in fun and amusing ways and then shared with your contacts. Make ’em good, because they only ever last a few seconds before disappearing forever!

On top of that media-focused foundation, however, is an excellent messaging service that can rival the offerings of anything else on this list. Don’t believe me? It even has video calling! Once it’s up and running in your emulator, you’ll have access to all of this, but the best experience you can have with Snapchat is on your smartphone. Paired with your Windows PC, though, you’ll have the best of both worlds. Kik is another smartphone-focused app that doesn’t really have an excuse not to have a native Windows app, yet. That said, it works perfectly fine through Android emulation, and we’ve covered it several times on Appamatix before.

This option is particularly trendy among youth, but users of all ages are on this platform. It has plenty of features on the way (plenty of them bot-related!), but among its most interesting features is a built-in web browser that makes sharing online content particularly easy between your Kik friends.

It also doesn’t require much of your personal information when you’re setting up an account, which is often particularly appealing to those that don’t want to divulge a ton of details about themselves. All you’ll need is an email address, an username, a display name, and if you’re setting up for the first time on your phone (which I recommend), you have the option of inputting your phone number.

These are only a taste of the total number of messaging services out there that will work on your Windows PC, but as far as Appamatix is concerned, they’re the best of the best–the apps and software most worthy of your attention and time. The best part? Every item on this list is entirely free. Pick your favorite (or favorites) and download away!

It’s up to you to decide which messenger for Windows PC best suits your needs, but I’m willing to bet that one of those on this list fits the bill. Share you questions and comments below, and don’t forget to share this article on Facebook or Twitter if you found it useful!