You are here: Home / Android / Backup Contacts On Android Phone

Backing up contacts on an Android phone may be something you don’t even think about, but you should. Who remembers anybody’s numbers any more? My wife used to roll her eyes at me because I had memorized her license plate, but didn’t know her number until we had been married for three years. (You see, her number was always already in  my phone, but I needed her license plate in order to be able to tell her car apart from several similar ones in our apartment complex). My point is, it is now just casually assumed that you’re going to keep the contact information of even the people closest to you in your phone, instead of in your head.

It’s convenient, yes, but just like with any other convenience, there is the danger of dependence. What happens when you lose your phone? Do you have to relearn everybody’s numbers? Do you become that guy from the early days of Facebook, constantly setting your status to “Hey, I lost my phone; please message me with your number!” Fortunately, we have the fix for you here, as we’re going to tell you how to backup your contacts on an Android phone.

We are able to find everything in our memory, which is like a dispensary or chemical laboratory in which chance steers our hand sometimes to a soothing drug and sometimes to a dangerous poison. — Marcel Proust

Backup Contacts on an Android Phone

In Phaedrus, Plato (in the voice of Socrates) argued that literacy destroyed the human mind. He saw it as unnatural, and that by enabling men to turn their thoughts into objects in the material world (written documents), it weakened their ability to reason and (here’s the important part) remember. Well, maybe he was on to something there. Just a little bit. Sesame Street put this sentiment in the form of “Forgetful Jones,” which is the nickname my parents gave to me when I was 5. I’m not bitter about it.

There are probably people reading this who remember (along with me) when cell phones were a pretty neat idea, but were only ever found in the cars of the super-rich. Eventually, they became more affordable (and more portable), but we were still just so glad to be able to make calls from everywhere, we didn’t even care we still had to remember all those phone numbers.

When phones did finally start having enough hard drive to store phone numbers, it could only store a few. And even then, when you got a new phone, you would have to change everything over manually.

Eventually, the cell phone hard drives became sophisticated enough, along with a certain standardization of access ports and cables, that when you bought a new phone, the people at the store could transfer your numbers from one to the other. Maybe. Depending on the models of the phones. Oh, and they had to have a special box to do it. And they were going to charge you.

Those readers who skipped all of these versions of phones and went straight to smart phones have been wonderfully patient, while Grampa here talks about walking to school uphill in the snow barefoot both ways, but the fact of the matter remains that now we have all sorts of wonderful, free, built-in means of preserving and backing up our data, we should take advantage of it.

I have detailed elsewhere on the site the means of performing a Factory Reset on a Samsung Galaxy S4, as well as some of the reasons why you might choose to do that. And while I glossed over the act of backing up data, I would like to revisit that again to hit up a couple of other points.

Why You Should Back Up Your Contacts

As much as I like my gadgets and physical possessions, if I lost them — sure, I’d be upset, but I’d recover. Because things, gadgets, objects, these things can just be repurchased again (most of the time). However, when I lose my data, that’s always a much more stressful event for me. The data is usually nothing that I just got somewhere, but something that I have built up. It represents a chunk of my life and experiences, and is in many ways irreplaceable. 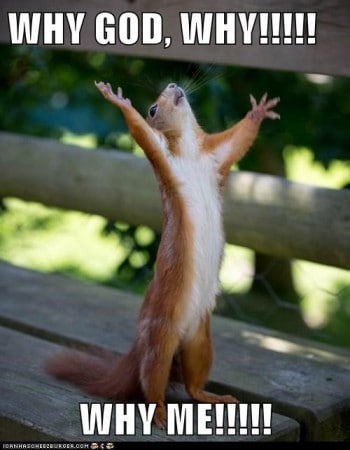 This is just as true for your contacts as it is for your tax returns, that novel you’ve been working on, or the list of your enemies. Sure, it’s usually relatively easy to regain the contact information for the people you still see regularly, but what about the people you were on the verge of losing contact with? Okay, yeah, in some ways you may be tempted to say, “If I haven’t spoken to them this year, odds are I’m not planning on ever speaking to them again,” as if your best friend from college were just that argyle sweater vest that you can very safely donate to charity. But somewhere down the line, you’re going to regret losing that contact. And yeah, even total jerks that you’ve blocked or have otherwise writ out of your life, you want to keep those numbers — how else will you know not to answer the phone when they call.

Add to this the fact that, unless you are seriously strained for data storage, storing your contacts digitally comes at no extra cost, and one of the biggest reasons as to why you should care about keeping your contact data is actually why not?

Also, phones get lost, phones get broken, phones get stolen. If a phone were just a phone, then you could shrug and go on. But with identity theft on the rise, perhaps you’re worried about somebody posing as you to social engineer your friends into giving up important information. Oh crap, you should call them to warn them! How can you? You don’t have their numbers.

Okay, so I’m taking my tinfoil hat off now, and let’s move on past the why, back to the how:

How to Back Up your Contacts on an Android Phone

You know, iPhone (Macintosh in general, to be fair) makes a lot of noise about ease of use and general user-friendliness, and while it’s true that iPhones are largely goof proof (mainly at the cost of any kind of customization of experience), you don’t exactly have to be Ada Lovelace in order to work with an Android. This is to say, that most things you need to do in an Android phone are fairly manageable. Even if the precise order of menus and buttons isn’t always apparent, we’re not talking about Babel Fish levels of frustration and obscurity.

In fact, there are several ways to back up your contacts. Here are the three main ways — most others are just variations on a theme.

Method 1: Backing Up to Removable Storage

One of the simplest means of backing up is to back up your contacts to some form of removable storage, such as an SD card or a SIM card. No, this isn’t going to be the best for a phone that is completely lost (because the backed up data goes with it), but if you’re about to sell, replace, or donate your phone, this’ll serve your purposes just fine.

Method 2: Backing up to Gmail

Google owns Android. Of course, they own everything, including you (check your EULA), but they own Android in more specific ways. This allows for some great syncing with Google’s other services (namely, everything). So, it’s a cinch to sync your Android contacts with your Gmail account.

There are numerous third-party apps that allow you to hook your Android up to your computer and access your mobile device with the ease of managing the files on a flash drive. Different makers of Android devices may have software that works better with them, but as an example, this walkthrough will focus on Samsung devices. I’ve not played around with every variation, but this seems a fairly indicative process.

Use what you want, though personally, I don’t see any point in using anything other than Kies. On Samsung phones especially, Kies is the internal software that manages software updates. But the computer version (available for free for both Mac and PC from the Samsung website) will allow you to access your data. Simply install it on your computer, then connect your phone to your computer.

Open Kies. Your connected phone should display. Select that phone, and in it select “Contacts,” and then select “Save to PC.” We’ve just walked you through three distinct means of backing up your Android contacts. If this has helped you, or if you have a friend that this could help, please share this article. Be sure to check out some of our other Android-related articles, too. And if we’ve left out a method that’s always worked well for you, mention it in the comments!