Do you remember the first time you started texting? It may be the first time you got your own phone, or maybe you “borrowed” your parents to text a friend about meeting up. Of course, texting is so common now that asking that question of a lot of people might be as meaningless as asking someone when they first spoke on the phone.

If you’re like me, you text much more often than you talk. Whenever one of my friends tells me, “don’t text me; messaging isn’t covered under my plan,” a part of me wants to ask if they use a coal-burning rotary phone. I know I shouldn’t think that, as everybody is working with different sets of needs and resources, but it’s just a testament to how common texting has become.

And we still call it “texting,” even though that’s not entirely accurate: “text” implies words, and now, we have so many more ways to communicate via texts than simply verbal communication: we can send jpegs, links, animated gifs (which I never thought would come back) and, of course, emoji. These days, there are thousands characters that you can use while texting. That’s why I’ve put together the ultimate guide to WhatsApp emoticons, including their meanings, and a master emoticons list with everything from emoji smiley faces to that cute puppy.

It’s not unusual that I won’t know the meaning of something so I will need to look it up. That’s nothing to be ashamed of. As you’ll see from this article (and certainly from it’s title), there are literally hundreds of emoji out there, each expressing different moods, variations of thoughts, and abstract ideas.  That’s why I’ve created this list so that you can go back and reference it whenever you’re stumped or want to see what all the options are when texting your friends.

“Soon I was incorporating 🙁 and 😉 and ;( too and after that the live emoticons, and now, without any intention of ever reducing the enormity of my human emotions to these shallow shortcuts, to this typographical juvenilia, I went around all day reducing them and reducing them, endowing emotions with, and requiring them to carry the subtle quivering burdens of my inner life.” – Joshua Ferris: To Rise Again at a Decent Hour

You may be unclear what exactly emoticons are and what they are used for in common day conversations. Emoticons and emoji have become increasingly common among younger generations to convey emotions within their text with the use of characters or images. The first started coming to prominence in old computer-based instant messengers like AIM (AOL Instant Messenger—which is what you used when you wanted to talk to someone but your arms were too tired to lift your coal-burning rotary phone). Originally just used as punctuation for other thoughts, emoji eventually came to be the transmitted thoughts themselves. And early on, it came to be seen how handy they were for communicating tone or sarcasm (things normally lost in written communication). The usefulness of this is such that they’ve been greatly extended, offering far more nuanced options than the original happy face / sad face / angry face / etc.

Dictionary.com elicits the meaning of emoticon as the following. “Any of several combinations of symbols used in electronic mail and text messaging to indicate the state of mind of the writer, such as 🙂 to express happiness”

It is not uncommon to see a conversation filled with these emoticons and their use to represent a state of emotion or thought. The most common form of them are the smiley faces, which vary as you can note below all the way from elated to angry. Of course, though they are still called emoticons (or emoji), most of them don’t inherently have anything to do with emotion anymore: many of them are random objects, such as a camera, a rose, a foot (for when you want to end a conversation like the opening credits to Monty Python’s Flying Circus), or a piece of sushi.

How to Enable WhatsApp Emoticons

Originally emoticons were entirely the stuff of punctuation. You typed “:)” and your reader just knew to translate that to a happy face. Eventually, some email and messaging clients would auto-translate these to the little yellow faces we’ve come to recognize. Of course, as more and more images have found their way into our emoticon library, it’s gotten nearly impossible to remember all the typing shortcuts necessary to bring them up, which is why most phones have or have available for download a special keyboard consisting entirely of emoticons.

If you’re on an iPhone, go to your keyboard by opening up a text. If you see a globe symbol at the bottom left then you already have the emoji keyboard enabled and you can start using it right away. If not, follow these steps.

1. Head over to your iPhone’s settings app.

2. Then tap General then Keyboard.

4. Scroll down to find the Emoji keyboard and choose it. This will enable the keyboard to be used whenever the normal keyboard pops up. Simply tap on the little globe at the bottom left to bring it up.

If you’re on an Android device then I suggest heading over to the Google Play store and searching for a free app that will install thousands of emoticons on your Android so you can use them in WhatsApp. This is better in my opinion than using the built in emoji keyboard.

Below I compiled a list of the shortcuts to emoji if you’re on WhatsApp. This option allows you to actually manually type in the smiley face, etc. without having to search for it in your emoji list.

Simply type in the text to the left on the table below to get the resulting emoticon on the right. You can also just copy and paste it from this post to your WhatsApp conversation.

Keep in mind that some of the options below work on different devices so you may find that some do not work on your iPhone or Android but the majority of them work from my testing. Leave a comment below with your favorite so we can see what is the most popular one out there.

Now to the list of emoji that you can manually enter into your keyboard to make your own on the fly. This is easy if there are a few you like a lot and memorize and you can type them in quicker than searching for them.

Now let’s get into the master list you’ve been waiting for. Here, we outline 843 of the best WhatsApp Emoticons out there. You will find everything from the entire range of faces from smiley to angry, animals, buildings, signs, places, flags, etc.

We hope that everything you’ve wanted is in the list below. Simply copy and paste any one of these to be able to use them in your own conversation and you can reference what they mean below so you can make sure you’re not conveying the wrong emotion. 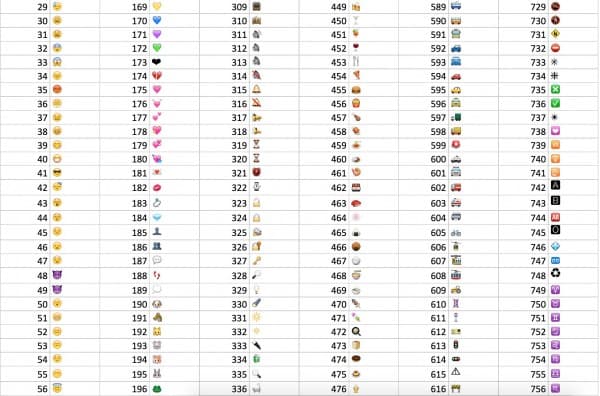 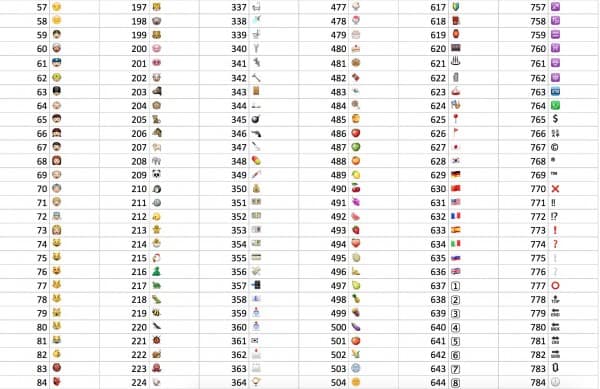 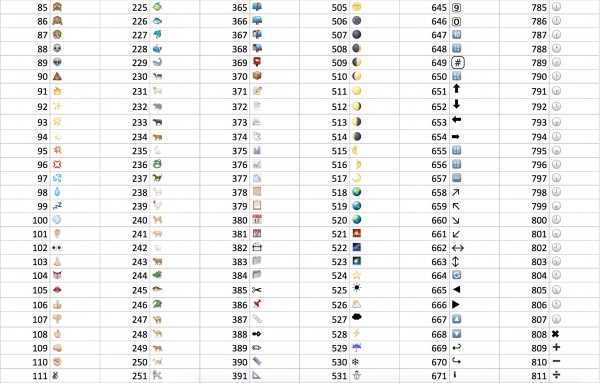 Now for the meaning behind the ultimate list of emoji. See below corresponding to the number next to the emoji.

That wraps up this guide to WhatsApp emoticons and hopefully gives you a sense of the sheer number of options out there when it comes to expressing your emotions.

Leave a comment about your favorite emoji and we will see if it’s a common favorite among readers. For once, you've got some time to kill. You could go on a walk, call your … END_OF_DOCUMENT_TOKEN_TO_BE_REPLACED

Playing games on your phone can be a great way to kill time, relax, or just take … END_OF_DOCUMENT_TOKEN_TO_BE_REPLACED