You got to love the little things in life, like when you unsuspectingly read hilariously funny comments when on YouTube or Facebook. Luckily for you, I’ve compiled a list of some of the best comments.

The popular site Reddit was practically built on it’s users actively commenting and continuing a conversation on their user created posts. Every site hopes to have that kind of interaction, where people are asking and answering questions, providing comedic insight, or simply their point of view.

Below, I’ll outline the funniest comments that I’ve seen on YouTube and Facebook and provide photos of them as well. I’ll also go into some detail about creating your own good comments and how to keep the conversation interesting and lively.

“I actually regard Facebook as a huge bore, but I cannot refrain from participating in it. I guess I crave the feeling of hope it gives me to think that today will be different from yesterday, that I will find an interesting comment or poke or video, and on the extremely rare occasion when that happens, I am just thrilled.” – Roseanne Barr, Comedian

Below is a curated list of some of the best comments from around the web, specifically focused on Facebook and YouTube comments. Please leave a comment below with your personal favorite or take a screenshot and let us know below. 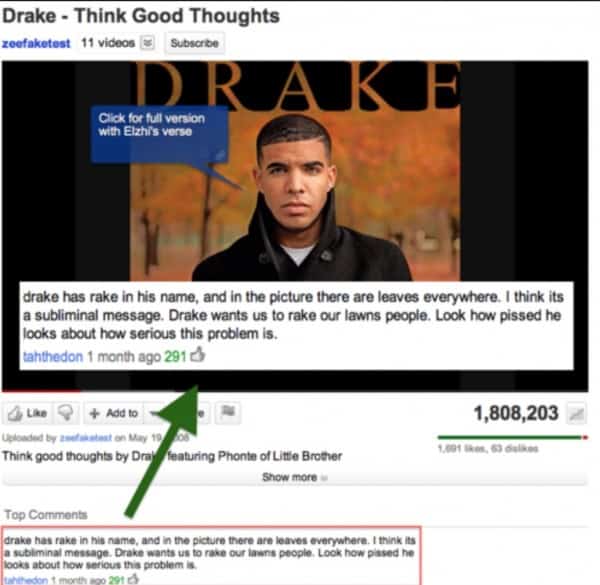 That wraps up the top 90 comments from Facebook and YouTube. Make sure you let us know below if you’ve seen other great ones around the web!

How To Make Funny Comments

If you read through the comments a lot of them have similar tones to them and you can get an idea of how to construct your very own quotes that will make people laugh. Tip 1: The first tip is to be very literal to the point that many people wouldn’t even think of that. For example, the comment that “What if my opponent has arms, what do I do then?” is extremely literal and super funny. The user is playing off of the fact that the video is using a dummy without any arms. Most people would overlook this and think that’s just normal but you can use it as a prime example.

Tip 2: Another option is to just make fun of someone in the video or some thing in the video. This has to be tactful, you don’t want to insult someone or make them feel bad but there are good ways to poke fun of people and it still be super funny.

Tip 3: Read through a bunch of content from comedians, follow funny people on Facebook and Twitter and you’ll get a sense of how to make quick and short snippets that will make people laugh. Ultimately, that’s the goal, is to make people laugh.

Tip 4: Take something that is an extreme and poke fun of it. You can comment about how small something is or how big it is, etc. Hyperbole is often used as a good way to make people smile. Make sure you share this post with all of your friends so they can have a bit of a laugh as well!