You are here: Home / App / 8 Ways To Get More Snapchat Views

Happy 2016, y’all! As we ring another year, it is very clear, Snapchat is here to stay; at least for now (ten points to anyone who sang Gershwin’s “Our Love is Here to Stay” as a result of reading that sentence). One thing I really love about Snapchat is it has put the word “ephemeral” back into everyday usage, at least as far as writing is concerned. And unless someone has created an emoji for the word “ephemeral,” now a whole new generation can nail that word on the SAT’s or whatever other nonsense standardized test they’re making kids take these days. The other great thing about Snapchat is saturation: one cannot post too much on Snapchat. It’s kind of the point; post and Snap to your heart’s desire. And wait and post some more and watch the views roll in. Lather. Rinse. Repeat.

What’s that you say? The views are not rolling in? Sorry, I couldn’t hear because I had my headphones in. Oh, you said you would like to get more views on your Snapchat Stories. Well, we’ve got you covered. Here are some pointers and tips on how to get more Snapchat views. Soap is not optional.

So much of what we do is ephemeral and quickly forgotten, even by ourselves, so it’s gratifying to have something you have done linger in people’s memories. — John Williams

8 Ways to Get More Snapchat Views Snapchat has been on fire for about a year and it shows no signs of slowing. In fact, the ephemeral photo / video messaging app’s estimated worth is at $16 billion, according to Snapchat. Some companies have reportedly paid upwards of half a million dollars for ads on Snapchat. And with over 6 billion videos viewed by over 100 million users daily, no matter how you slice it, Snapchat is where it’s at right now (even if the money isn’t, although, to be sure, there is money there and in the coming year, Snapchat will likely release a new API for advertisers to use, so who knows what we’ll be writing about Snapchat in another year).

We here at Appamatix are always keeping an eye out for what’s new with your favorite apps and Snapchat is no exception. From the secrets of Snapchat 2015 to unlocking Snapchat’s trophies and using the fun new geofilters, Appamatix is always trying to stay on the up and up of what’s going on with this wildly popular app. Because there is literally always something new going on with Snapchat; if nothing else, there are millions of new daily updated Snaps and Stories. So, let’s get to why you’re here: getting more Snapchat views. You post your mini ephemeral works of art, and by golly, you want, nay, need the world to see your Snapchattery prowess and cunning.

Note: At the time of this writing, a new app called Slinger was released. With this app, you can save your Snapchat Stories and videos. According to TechCrunch, the app hopes to “be the permanent home for vertical videos.” We’re excited to see more from Slinger and look forward to giving it a whirl and reporting back to you.

So here are a few ways to get more views on your Snapchat Story: 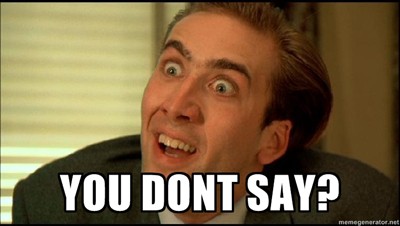 Yeah, yeah, yeah. This is one of those “easy to say / tough to do” things that’s almost not worth mentioning at all. Of course, everybody’s going to try to post good content. Nobody ever sets out to say, “Today, I’d like to be completely disappointed in myself online.” After all, “Good” is completely subjective. So let me rephrase: post stuff that makes you happy; stuff that interests you. Trust that there are others who are interested. I mean, come on; think of the crap you yourself willingly watch while on Snapchat. Nobody wants to feel left out or feel like they may have missed the best Story of the day, so consumption is the name of the game. Give your followers (and your future followers because after they see that really fun Story you posted, they’re gonna become your followers) something they have been waiting for all day.

But think about it this way: if you’re not interested in what you’re posting, why should you expect anybody else to be?

Like I said, “less is more” doth not reign on Snapchat. To put it in other terms, “You can’t win if you don’t play.” You can’t score followers if you don’t post the stuff that will get you followed. So post, post, post. This is not Facebook, where you have to worry about “Ach, at this point, am I just annoying all my friends and family?” (Side note: I live in a dream world where people actually ask themselves that question before they post to Facebook.) Send out a barrage of stuff. Be clever, be witty, be timely. Be aware of what’s hot and follow that trend.

Ask what they like (or don’t like) about your Stories. Take the feedback in stride. The more you can hone your Snapchat output into something that your followers are really likely to respond to, the more likely those followers are going to be to recommend you to friends. Also, try to make a game out of it. Send out Snaps that encourage them to respond, perhaps in a contest form or just in a playful spirit. When following you is an active and enjoyable experience, followers are more likely to keep you in mind, as opposed to one of the myriad accounts they follow on autopilot and don’t think about otherwise.

4) Add your Snapcode on all of your more popular Stories.

The Snapcode is a neat take on the QR code which allows you to share your Snapchat contact information more reliably. With a simple image, other Snapchat users can just point their Snapchat apps at the image and boom, you’re added. It’s easy and visual, so you can easily add it to other visual things. SUCH AS YOUR STORIES! Simply put your Snapcode at the end or beginning of your Stories and now, when your followers share your content, they’re sharing you as well! Which is to say, they’re sharing your contact information. And when your content is interesting, and other users have such an easy time following you, then that virally shared stuff is going to lead to people following up on that Snapcode in order to follow you… even if only out of morbid curiosity.

No man is an island, and neither is any social media service. So few of us only have Facebook or only have Twitter or only have Pinterest, etc… Usually, we have several. So you want to share your stuff on all of those fronts. That way, the people who share your Twitter stuff may start following you on Snapchat, as may the people following you on Pinterest, Instagram, etc…. All these sites tend to speak to different target audiences, so the more platforms you use, the bigger a cross-section of the social-media using public you can get to notice you. Publicize your Snapchat name and BooR Code on your other stuff. The more followers, the more views. 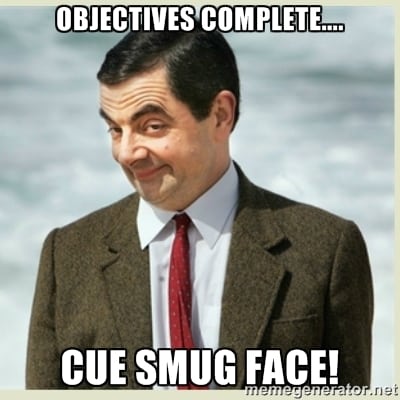 Seriously though, think about people using Snapchat the same way you do. It’s usually pretty quick to go through the Snaps themselves, but if you’re looking at a backlog of Stories, it might not be a high priority to get through it all. And then you forget. So even your best friends might not be following your stories as avidly as they might. So be a dear and send out a little Snap as a reminder, referring your followers to the new Story. That way, the thing that they can check passively (the Snap) is there to alert them to the presence of (and get them interested in) the thing that requires a little more active engagement (the Story). But don’t be an ass and spam your friends. Just give them a heads up that you have a new, awesome story that they just have to watch or the world will end.

Keep your Story at the top of your friends’ feeds by updating it every couple of hours. And get friends to contribute to the Story. That way, once again following you becomes something active and interesting, as opposed to a light chore that people do once a day and then forget about completely. So keep posting and reposting. Each new twist you add to the Story increases the likelihood that it gets shared (and you get followed). Also, each new contributor is going to send out the same content to his or her own followers (many of whom likely are not already following you). If this new round of followers are interested in your collaboration with their friend, they may start following you, too. I’m not here to communicate! I’m here to be listened to!

So, when you do get new Followers (you lucky dog) follow them back. The odds are, they’re trying to do exactly what you’re doing: adding as many followers as they can. It costs you nothing to help them out as they’ve helped you. Do this within reason, remembering that word of mouth is very powerful. The more followers you connect with and establish a relationship with, the more people see your Stories.

Those are some simple but effective tips for gaining more Snapchat followers. Are there any other tips that have worked for your? Feel free to share them (and your Snapchat handle, if so inclined) in the comments below. And if you know anybody that this article could help, please share it!