These are reasons you might need a teleprompter: you are the president (probably of the United States of America) and you have to deliver a long-ass speech and look like you’re sincere and approachable; you sing in a church choir and you don’t read music so it’s no use looking down at the music; you’re a celebrity and you have to do a spiel on a fancy-pants awards show; you are Miley Cyrus and you can’t remember the words to your own damn song; you are Ron Burgundy?

You teach kindergarten and your class is putting on a play. Teleprompter to the 5-year-olds’ rescue! Have to deliver a speech in school? Practice with a teleprompter! Want to have a conversation with your deaf grandma? Think outside the box by putting your text inside a box! Are you ready to explore the world world of teleprompters? Read on to discover our 5 Best Teleprompter Apps for iPhone, iPad, & PC.

I always said that I wouldn’t use a teleprompter, and if I start to sing real flat, I’ll hang it up.–Jimmy Buffett 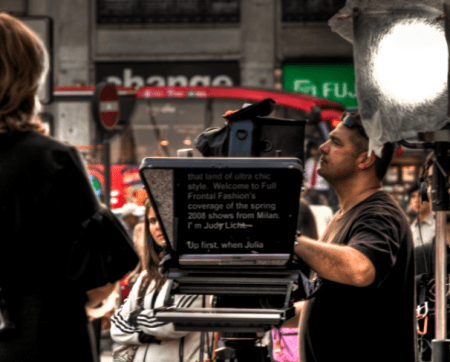 We here at Appamatix not only enjoy the “how” or “why” of apps, but also the history. So first, we want to tell you about the history of the teleprompter (wait! It’s actually really interesting and cool, we promise, but if you don’t care, it’s fine, whatever, we’re sorry you had a terrible teacher somewhere along the way who made it difficult for you to want to learn about the world you live in. It’s fine.

Really. Skip to the next section. We’ll just be over here having fun learning about the teleprompter and bettering ourselves). Then, we’ll talk about the best teleprompter apps out there right now. Finally, we’ll show you how you can turn your personal computer into a teleprompter in cases where you don’t want the tiny screen of an iPhone or don’t have access to an iPad.

The Teleprompter — A Brief History

Seriously, it is really interesting. It’ll get your creative juices flowing. If nothing else, it might help you finally beat Robert at Monday night trivia. That got your attention. The short of it is a Broadway actor named Fred Barton, Jr. had the idea when he was doing a lot of television. The year was 1948 and what you may have missed if you didn’t take History of Television in school is a lot of television was live during this early period. You see, in theatre and film, actors learn the lines, they have time to memorize them and even rehearse; whereas with television, actors have to learn lines on a weekly sometimes daily basis. No easy feat, especially if you are a guest appearing on several different shows in a week. And live? That’s in real time, so you forget a line, you’re screwed.

There were cue cards sometimes, but there’s a lot of room for human error. So Barton had the idea of lines somehow scrolling in a place where the actors could see and deliver the lines smoothly. It came in the form of a half of a suitcase encasing a roll of butcher paper! That’s some ingenuity right there. Barton took his idea to then vice president of 20th Century Fox, Irving Kahn, who in turn took the idea to Hubert Schlafly, an engineer and television research director. In 1949, Schlafly submitted the patent for the “television prompting apparatus” (TelePrompTer) and the rest is history. For a more in depth read on this topic, check out Smithsonian Magazine’s article, which explores the political nature the teleprompter has taken on throughout the years. That was fun, wasn’t it?

First up, let’s talk free. Because if you haven’t had experience with a teleprompter, you’ll want to practice a bit. As journalist and MSNBC political commentator Chris Hayes put it, “Reading off a teleprompter is an easy skill to do passably well and a difficult skill to do very well.” Just think how many Saturday Night Live awkward teleprompter moments you’ve seen. You know, when celebrities are so clearly reading lines from off stage? It’s awkward so let’s not go there. Although, Fun Fact: In every Stefon sketch, the writers would sneak into the teleprompter at least one joke Bill Hader hadn’t seen in rehearsal, so Stefon’s habit of breaking up during his lines is very genuine.

But let’s do look at a free option if you’re just looking to get your feet wet. Go on, dip that toe in the water.

Now let’s say you’re looking for something with a little bit more and you’ve got a little budget set aside for such expenses. These apps are kind of middle-of-the range as far as cost goes, but top of the class when it comes to performance.

Turn Your PC into a Teleprompter 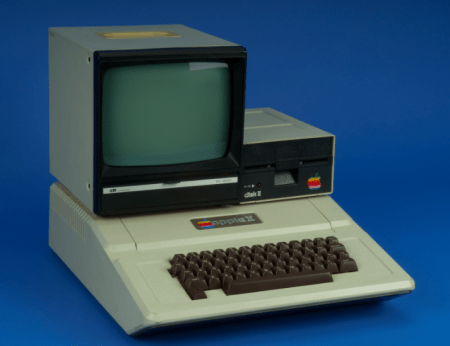 As promised, here a couple of websites you can use on your PC to meet your teleprompting needs.

Well, there you have it! There are so many options out there, though, really. LOADS of teleprompter apps to explore. Let us know in the comments if we missed your favorite and any other experiences you may have had with teleprompter apps.

It should be noted, some of these apps and plenty of others are also available for Android. That’s all we have for you now so we’ll leave you the way we began with the wise words of Ron Burgundy: “You stay classy, San Diego.”