The battle between all things “i” (which is to say, Apple products) and all things “not” rages on. If you’ve recently made the switch from an iPhone to an Android device, you are, no doubt, missing what is widely considered the best aspect of the iPhone: iMessage. What are the best alternatives? What’s an Android user to do? Don’t worry, we’ve got you covered.

Today, we’d like to remind you of and possibly introduce you to the best options for messaging from an Android device. There’s no doubt that iMessage is a really wonderful and seamless application, but there are some good alternatives out there that will fill the iPhone -shaped hole in your heart. If you’re an iMessage die hard and don’t care to continue with this nonsense because “nothing will ever be as good as iMessage, I don’t care what you say! You’re not my dad!,” then, woah, calm down, number one, and then, number two, head over to this offering of Apple Eating Android. (Pssst! Android users: it’s actually an article of Android Eating Apple. Don’t tell the Mac lovers. It’s a prank. Tee-hee. Shhhhhhh. They’ll never know what hit ’em!)

I kid around a lot, but pranks are not my best strength! — Betty White

It behooves me to relay the recent news that iMessage may very well be on its way to Android, though this news is only slightly more than speculation. But it certainly has got people talking. In an article from ZDNet’s Zack Whittaker, he reported on a Town Hall meeting Apple CEO Tim Cook held and therein took questions and discussed concerns ranging from new employee benefits to emerging markets like India. Looking at the source article (9to5Mac.com) linked in Whittaker’s article, nothing is directly said about iMessage; what is said is that Tim Cook is excited about future products (but that’s essentially his job), and hinted that Apple Music on Android may be a means of “testing the waters” about the viability of extending some of its other services towards other, competing platforms. (More porting to other brands.) Many have taken that to mean iMessage must surely be on the docket somewhere down the line because of its great success as some of the best, if not the best, encrypted messaging software and its popularity within the Apple realm, a favorite app across platforms.

So the news is not totally unfounded, but shrouded in speculation and gossip. For our two cents, if iMessage is coming to Android in the near(ish) future, this is pretty rad news, as Android users could message with iOS users without the aid of another app and with assurance that the government isn’t eavesdropping (and won’t be able to unless there’s a warrant and backed up messages involved). So, that’s something to keep in the back of your mind, but in the mean time, please enjoy these five alternate iMessage offerings.

Note: In case you have not heard, the FBI has demanded that Apple hack into the iPhones connected to the San Bernardino, California shootings and Apple is refusing. There’s even a court order at time of writing. This has serious implications for the future, so please don’t think this has no bearing on you, whatever your preferred device and operating system. We’ll be following this development as it plays out and would encourage our readers to do so as well.

We’ll begin with a kind of no-brainer. Google Hangouts is Google’s answer to iMessage. Anyone with a Google account will find access to Google Hangouts. Features include instant messaging, video chats, and voice calls (the voice calls use data). One of the things people love so much about iMessage is message syncing across platforms. With Google Hangouts, you can message from your computer or your phone and the conversation syncs. Google Hangouts is no longer hidden in Google + or Gmail; it has its own website that is clean and straightforward. Other features include: stickers, GIFs and location sharing. Google has really put in some time and given some love to Hangouts over the past year, so even the non-Android user who uses Gmail can use Google Hangouts as a messaging service. I have found it particularly handy while checking my email and my good friend in Argentina happens to want to chat. I can IM from my computer and when I leave the computer, continue the conversation on my phone.

Another extremely viable option for your messaging needs is WhatsApp. And bonus! Whereas WhatsApp used to come with a small but still present price tag, WhatsApp is now free. WhatsApp rivals iMessage in the encryption department, and how. In fact, WhatsApp just came out defending Apple in this whole FBI debacle. But that’s besides the point. You may have seen us praise WhatsApp in the past. It is the most popular and definitively the most widely used messaging app in the world. And last year, WhatsApp released a web version, so you can enjoy WhatsApp from your phone or your computer, although the process is less than ideal. With all the standard messaging, stickers, group threads, location sharing, and photo and video sharing features that we’ve all come to expect from a messaging service, and with the latest tally of 990 million users (yeah. That’s fast approaching one billion. Que evil laugh. Not that they’re evil. More the one billion; you know what, forget it.) WhatsApp does use some of your data for voice calls but the app also keeps a handy and easy to find track of your use.

You may be scratching your head on this one. You’re either thinking “What is PushBullet?” or “I thought PushBullet was for file sharing.” Well, there is much more to this app than meets the eye. PushBullet got an upgrade that involves the feature you want from your messaging service: syncing among devices. Like, multiple platforms and multiple devices. Instead of having to use a go-between like Dropbox or a USB stick (especially unusable with iOS devices, which don’t have a USB port), you can push the file you want directly from one device to another.

But now PushBullet has gone beyond that and has added messaging functionality. So now, not only is this a great utility for sharing files among your various devices (why should Apple get all the fun with Hand Off… and then only half-implement it on a small number of apps), but now it can also be a nifty little messenger.

You can visit the website and learn all about PushBullet here. We recommend you do that thing. 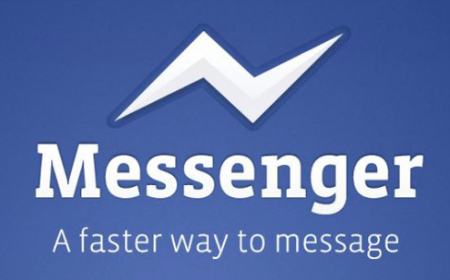 So, yeah, we know Facebook owns WhatsApp; but Messenger and WhatsApp are still two separate apps. And whereas WhatsApp is huge in other countries, Facebook still reigns in the United States. If you have a Facebook account (and at this point, there are few who don’t; I’m not knocking it, life is simpler without it for the most part, so don’t go in the comments and be all “I don’t have Facebook and I love my life.” I’m just saying, a ton of people do have Facebook), you can have Messenger. They split the Messenger functionality off of the Facebook app some time ago, and at the time I thought it was annoying (why have two apps for one site?) but now, I really like being able to use Messenger without having to endure Facebook.

This is how I function on my iPad; I deleted the Facebook app because Facebook was killing me slowly, but I’m still able to get messages and chat with my friends and business colleagues through Messenger… and I’m less apt to want to throw my iPad across the room with this set up. Also, a friend of mine on hard times currently doesn’t even have phone service, but he’s able to keep in touch with everybody using Facebook Messenger. Messenger allows for voice calls over data; conversations are synced across devices in real time and you know most of your friends already have this service.

Here you will find Messenger’s webpage where you can read up on all Messenger has to offer.

We’ve talked about Viber before. We think it’s a pretty nifty app that meets several needs. It’s very similar to WhatsApp. It’s a great alternative to Skype. It made this list because it offers a desktop app, giving you the option to message from your computer or your phone, or switch back and forth just because you can. The desktop app is synced through your account, and it makes this app one that can really rival iMessage, since iMessage is also available on Apple’s laptops and desktops (under a different name, though), with Viber, you can replicate that sort of cross-platform functionality. And it should work whether all of your devices are from the same developer or if you’re one of those for whom brand loyalty is not a priority.

And now it’s your turn. We know we covered only five very fine apps that all offer something equivalent to iMessage; we also know there are others out there that you enjoy. Feel free to share your favorite messaging app or one on the list you’ve had a good (or not-so-good) experience with in the comments below. And please share this article if you found it helpful or interesting (or both).