HAP…….PY NEW YEAR! I don’t know about y’all, but 2016 is already loads better than its predecessor. New year, fresh start. New year, new apps. And if they’re not new, there are plenty of apps that have been around that you know you’ve been curious about. Why not let aught 16 be the year?

This is the year you have vowed you will get organized, and how! Evernote was fine for last year, but perhaps you are looking for something different this year. Perhaps you have read about some other idea & text management apps that rival and even out perform Evernote. Or maybe you have never even heard of Evernote but I just got your attention there with the words “idea & text management apps.” If any of these are true (or if none of them are true and you just really dig our articles — P.S. Thanks!), then please enjoy our latest offering: 5 Best Evernote Alternatives for 2016.

Choice is important for the tech user, so we here at Appamatix really like to bring you alternatives to a lot of the popular apps that a lot of people are using. Seeing how we haven’t actually written anything about Evernote specifically, first, before introducing you to some great alternatives, let’s spend a hot minute talking about Evernote itself; because, honestly, it does get the job done. Actually, it gets lots of jobs done, which is some of the complaint. Sometimes apps have a few too many bells and whistles. But we are very big proponents of having loads of choices, so read on to discover whether Evernote is the capture / organize / note-taking app you have always dreamed of or you need to be in the market for an Evernote alternative. Evernote was founded in 2007 and currently calls Redwood City, CA headquarters. There is one thing I’m hoping you infer from those two facts: that Evernote has been around for nearly a decade, so they have had some time to craft a well made product and fix bugs and change with the times and demands of the consumer; whatever else you may infer about Redwood City is up to you. Ohhhhhh! Burn! Not really. I’m quite certain it’s a lovely place.

Anywho, Evernote is a great app for saving and organizing pretty much any and all things digital. Features for the basic (read: FREE) version include syncing across devices, messaging and sharing in the app, and easily saving notes as well as clips from the web. Note that notes aren’t all locked in to a very specific format, as if you were still using Wordpad for all of these needs. These notes can be made up of pretty much any content — from your chicken scratch hand-written notes to images to scans, notes are what you make them. You can then take those notes and do what you need to with them within the app, like organize them into notebooks, make notes on the notes (hey dawg, I saw you like notes, so I put notes on your notes so you can note while you note!), even record audio to go with a note.

As with most things, the more you pay, the more you get. With Evernote Plus, the $24.99 per year version, you get additional features such as access from offline and saving emails to Evernote. And with a Premium account ($49.99 per year), there’s even more, such as taking your notes into full on presentation mode and annotating attached PDFs. If you’re looking for team work, Evernote offers Evernote Business with all the Premium features.

You can download Evernote for Mac here. For iPhone/iPad, here. And for Android, here.

Here’s what people love about Evernote:

And since we’re here to talk about Evernote alternatives, of course you know that everything isn’t going to be sunshine and roses with this app, as popular as it is. Here’s what people don’t love about Evernote:

So, that’s Evernote. For a while there, it was at the top of the game and is still regarded as one of the best note-taking applications out there. But, it has its drawbacks and isn’t available for PCs running Linux. So here are some noteworthy (tee-hee) Evernote alternatives.

Hey, do you remember when people referred to this corporation as Mi¢ro$oft, and it was a matter of personal pride to avoid using any of their products? Of course, that’s back when they were the unapproachable juggernauts of home tech, and Mac products were entirely underground. These days, they don’t enjoy quite the market dominance that once they did (thanks in part to an anti-trust case over a decade ago which knocked them out of the hardware business entirely), so I don’t think that using some of their products have the same stigma that they used to.

Especially when it comes to that suite of programs that Microsoft just does right. I mean, I use Mac Pages, Keynote, and Numbers on my iPad (because I got them when they were still free on iOS devices, before the Microsoft iPad suite was even slightly usable), but the suite of Word, Powerpoint, Excel, and other is pretty well recognized (and not without good reason) as being competent and utterly worthwhile applications. And one of the later additions to this suite is OneNote, which is the same sort of organizer we’re talking about here: you can type, copy, paste, insert photos (and other multimedia) or even doodle in it like a whiteboard space.

OneNote has a perfectly intuitive user interface, and it syncs with the OneDrive service (which grants more free space than Apple’s iCloud).

And if you are a Mac user (either for computers or for mobile devices) and think that you consequently won’t have access to this app, rest assured that OneNote is free for all users.

You can get OneNote here.

Man, first Microsoft, and now Google. We sure are going for the underdogs in this review of Evernote alternatives, aren’t we? But honestly, something you can’t really fault Google for is its variety of web-based apps that it uses to flesh out its other services. Granted, sometimes these features, like Google Docs, don’t have the full functionality that you would like or even expect from their paid versions. But the apps tend to be free, which helps, and are usually available on pretty much all mobile platforms. And since Google is web-based, web integration is no problem, and the work you do in one app will be available on your other devices, provided that they’re all synced to the same account and you’ve got reliable internet access.

And Google Keep has some interesting features you don’t see just anywhere, such as location-dependent alerts. So if you have Google Keep remind you that you need to get curry powder (for example), it will remind you when you are in a grocery store. That is cool… but also kind of creepy, since that means that Google has that much awareness of your location. I’m only half joking, because a lot of users might not be comfortable in giving Google even more insight into their movements. If that’s not a concern for you, though, this is a very competent app and worth a test drive.

You can get Google Keep here.

Think of Simplenote as the WhatsApp of Evernote alternatives — in that Simplenote favors ease of use and a streamlined experience over any of the myriad of options or bells and whistles you may find in the other apps listed. Simplenote does a short list of things: it saves your notes, it archives older versions of your notes, and it lets you search your notes. As is pretty standard for the offerings on this list, it syncs across all devices, and in the premium version, you can even sync it to your DropBox. (This last may be particularly of interest to multi-system users. After all, each brand has its own cloud service — iCloud, OneDrive, Google Drive, etc… — and DropBox is quickly distinguishing itself as the neutral territory of internet storage). 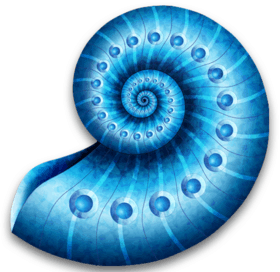 I was on the fence about whether to include DEVONthink or not. On the one hand, it’s only for Mac and Mac devices. So the people who aren’t super brand loyal, or who like to use a variety of platforms for their various needs, aren’t going to get any use out of it at all. But I’m including it nonetheless for a couple of reasons: first of all, it allows for a little competition with the bundled Mac apps. Don’t get me wrong, of the pre-loaded apps on my devices, Notes is one of the few I have used with any regularity. At least, it’s one of the few that doesn’t have a permanent home in my Crapple folder. But DEVONthink is a great app for those who both want to extend the usability of their devices and exercise a little personal choice in the software they install on their devices. DEVONthink takes the simple Notes functionality and it adds useful features like multiscreen support and tabs. I mean, think of all the times you just want to copy a note from one file to another, but you can’t do that ever easily in Notes, because every time you switch from file to file, you go right to the beginning. Higher tier versions add support for scanning and OCR recognition. So if you do a lot of archival work, or if you’re in Digital Humanities, or for any reason you find yourself working with a lot of scanning apps, maybe you want to give DEVONthink a think.

Those are just a few of the Evernote alternatives that are out there. Expect more from us on this topic, as it seems to be a hot one, and there are a lot of stones that we’ve left unturned. If there are any note managers that you particularly like, or if you would like to add to our comments on any of the one’s here,  please let us know in the comments.