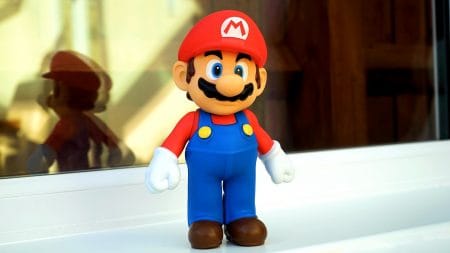 Video games have taken an important role in defining leisure for most people across the world. One of the most exciting video games is the Super Mario run. On his own, Mario runs on the right side of the screen perpetually in which you then control his jumps with some variations. In case you need a quick hop, you just need to tap the screen while in case a long leap is desired; you need to hold your finger down. Using a combination of both taps and presses, he can be able to jump walls, catapult himself over danger and hold unto ledges. Even though the game is controlled by a single thumb thus allowing you to use one hand to play it, it has plenty room for creativity as well as exploration. However, one needs some tips in order to make the game as interesting as possible.

Below are some of the tips that you will find helpful in the course of playing this game;

while all you need to do in order to jump is tap the screen, there are a number of ways in which this can be done. When you tap and hold the screen, it leads to a higher jump while tapping and holding then tapping again makes him spin. In case you want to go back a bit, you need to tap, hold, and then swipe to the left. It’s important to ensure that you employ the right jump at the right time as well as anticipate your next jump in advance. If you time your jumps well, you will be able to hit the center of two blocks thus obtaining two power-ups.

in the course of running, you might find yourself in a situation where you have left some coins behind that you may need to collect. To make this happen, you need to collide with the wall or brick head on. This will cause Mario to jump in the opposite direction and thus a cool way to pick coins that are either above or behind you.

every level has routes you can go about in order to complete it. In order to collect all coins, one needs to play the same level several times ensuring that you take different paths in each attempt. Ensure you remember the arrows you had followed in the previous attempt to make sure you try and exhaust the multiple routes.

the challenge coins are pink in color and are found at the beginning. They are special coins as they are able to get you more points compared to other coins. Obtaining this exclusive coins gives you boasting rights of how good you are at playing this game. Once you have captured the five pink coins, they are replaced by purple coins after which the black ones appear.

once you land on the red bricks, the pause button on it enables you stop the game for a while. This allows you to take stock of what is happening as well as figure out your next move. When Mario dies, the bubble power up will enable him resurrect. Tap the bubble to resurrect yourself at the right time and take advantage of this opportunity to perform better in the next attempt.

after every 3 levels you will be engaged in a fight with a boss and the only way to defeat them is finding their weakness. Observe their surroundings and use it against them. For instance for you to beat bower, you will need to drop your axe on the bridge that supports him. Also before fighting the boss, ensure that you are all powered up. And while fighting, note that you are going to lose some energy after every blow.

in the course of running, the arrows are inevitable. Ensure that you follow the arrows as they lead you to coins hidden along the path. It also leads you to exclusive pink coins which adds you more points than the normal coins.

creating the Nintendo account is the only way you can easily be able to unlock the Toad character. Once in the Kingdom screen, click on the My Nintendo button and select theredeem button under the picture of the toad.

while playing the game, you will realize that jumping to the highest pole and grabbing the flag is not a walk in the park. While jumping, ensure that you tap and hold the screen to make sure it’s a long jump. This will ensure that you maintain the same level while accelerating forward instead of going down and thereby increasing the probability of you grabbing the flag.

while in the toad rally mode, you will play to win over the toads so that they enter the kingdom. Opponents come in five different colors and you require all the types of toad available to rebuild the kingdom. Ensure that you do not play for the same color multiple times.

Super Mario run is a very exciting game as long as you are familiar with the above tricks when playing it. There are many other tricks that can be employed while playing this game. However, the key to ensuring that you are good at it is making the right move at the right time, collecting pink coins, and also taking advantage of the pause bricks which enable you buy time to figure out your next move.