You are here: Home / Alternatives / 10 Best Money Making Apps To Get Rich

When it comes to the mobile app marketplace, we’re used to spending it, not making it, right? Read on to find out about 10 of the best money making apps that you can use “to get rich.”

The idea of monetizing apps isn’t anything new under the sun. For as long as we’ve been paying for any sort of mobile access on an app-populated marketplace, we’ve been paying for the apps, too. However, there are plentiful ways to get something out of all that time spent on our smartphones and tablets, as long as you know how to go about it. Opting into certain applications can have a surprisingly hefty payout depending on how active you are online and on your device.

The thing is, you wouldn’t know that many of these apps (or the tasks they ask you to complete) even exist without a little bit of digging. That’s the secret to their appeal and their success, in most instances. None of these apps require a torrent of people looking for money in order to work; they need a few specialized people that have managed to find their way to the apps, that have the nuanced requirements necessary to complete certain tasks.

If all of this sounds somewhat vague and very broadly described, that’s because it’s the only way to describe this odd collection of paid applications available on smartphones. They’re so diverse in purpose and in their function that the only connecting quality between them is that they can lead to you getting paid! How much and how frequently is dependent upon how deep into the rabbit hole you’d like to go; to say that you’ll “get rich” is only a slight exaggeration. As with most types of work, you’ll get out of it what you decide to put in, with regard to time and energy.

Let’s look at these 10 lesser-known apps and the various ways that they can lead to you getting paid! They’ll be presented in no particular order or ranking, except to illuminate the diversity of app-based tasks that can make for a lucrative little side-hustle. 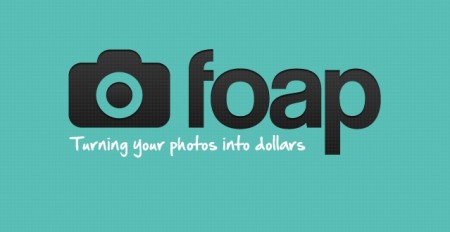 When smartphones started packing cameras, everyone in the world became an amateur photographer, whether they wanted to or not. Contrary to what many film connoisseurs will tell you, the cameras on smartphones are actually pretty good; so good, in fact, that apps like Foap will let you earn money from your smartphone pictures.

Essentially, Foap turns you into a stock photographer. you can add photos from your own collection to the app’s massive library of user-submitted images, charging what you want for each of them. How much should you charge for each of your photos? That’s going to take some trial and error to figure out, and will also be dependent upon how good (and unique!) your pictures are! Take a look at Foap to see what kinds of images are in demand, and receive basic tutorial instruction on how to get started. We all have a little bit of hoarder in our heart, especially when it comes to books. They’re skinny and perfect for occupying shelf space; so perfect that we’ll allow them to pile up for a lifetime when there’s really no need to keep most of them! Time to get rid of your extra books and also get paid with Bookscouter! Using the ISBN numbers on your books, you can look up optimal prices, find individuals and companies willing to buy your books, and then pack them up for shipping.

The only thing that keeps more people from taking advantage of apps like Bookscouter is the same thing that keeps them from getting rid of all of those books: it can seem like a mighty hassle until you’ve done it, and you’re suddenly rewarded with both money and a clutter-free home. Give your book collection a good once-over, and let yourself be rid of the volumes that you’re not going to pick up and read again, anyway.

With as fast as our day-to-day lives tend to move, we’re already living “on-the-go.” Our smartphones were made for it, our attention spans reflect it, and now EasyShift will let you take those digital-era lessons and turn them into a way to make some money. Though this entire collection of money-making apps is a diverse bunch, EasyShift itself diversifies your methods of earning rewards and cash even further.

It works like this; you’ll be given an assignment from a myriad of options. Take photos. Hand out fliers. Eat at certain restaurants. “Explore your city,” is how the app is marketed, and from the assortment of metro-oriented tasks that you’ll be given, it’s not inaccurate. How much you’ll be paid depends on the jobs you’re completing, but it’s typically a competitive rate, and the types of jobs available will always keep things from getting stale.

We’re a culture of instant gratification and very nearly of pre-gratification. Addicted to trailers and previews, we thrive on the hype and buildup before we even get our hands on new media, at all. App Trailers takes advantage of that trend and allows you to get paid while engaging in it.

The app works just as advertised–you’ll be paid-per-install, and asked to learn the ins-and-outs of new apps by watching their preview trailers. Instead of receiving actual rates, however, you’ll be rewarded with points that can then be turned into redeemable gift cards and other valuable items. Those with a thirst for new technology and a finger on the app market’s pulse can find a lot to enjoy about App Trailers. There’s a lot to compare between Gigwalk and EasyShift, in terms of how the app works and how it’ll eventually get you paid after a little bit of time and effort. From my own experience, and based on the testimony of the app’s users, Gigwalk provides you with much more focused work from larger companies. You’ll be a marketplace detective, searching out products and reporting back on their availability and presentation in various retail outlets. You’re the “field agent” for a company that wants to know how its product is doing in the wide world. Rates are comparable to what you’ll find on EasyShift as well.

Are you a frugal shopper? Do you pay close attention to your receipts, keeping them handy for long after your purchases in the never-ending pursuit of being a better, faster, smarter shopper? If that describes you even in the smallest way, then Ibotta is the app for you.

Similar to App Trailers, you won’t be making money directly. Instead, like with many apps on the list, your attention is going to be targeted towards specific products. If you’ve recently bought these products, all that you have to do is snap a photo of your receipt, upload it via the Ibotta app, and you’ll be eligible for rewards and rebates. Not a bad gig when the only real task is buying something that you were shopping for in the first place.

Much like Ibotta, Shopkick is going to reward you simply for being a shopper. Even if you don’t go shopping multiple times per week, the app is still worth checking out. If you walk into or make a purchase from certain stores featured on the Shopkick app, you can end up with surprisingly hefty rewards for your trouble. Like with many apps on this list, it exists because manufacturers, distributors, and producers want to know how products are doing and how they’re selling in these retail spaces.

Your rewards are going to come in gift cards, not cash. When it’s money saved, however, it becomes little different than a cash reward! You can probably already tell quite a lot about this app’s purpose and function just from its name (and from the fact that we’ve already talked about Ibotta.) Like its competitor, Receipt Hog encourages its users to save and upload snapshots of receipts, which can then be turned into points. These points can give you a wide variety of potential rewards, such as Amazon gift cards and more.

The trick to Receipt Hog and other apps like it is to use it often. Every purchase you make won’t give you rewards, but if you check in with the app often enough, you may be surprised to find just how much of your shopping can be relayed back through apps like this, and leave you “richer” than before you started.

I’d be remiss in not including a single “survey-based” app on this list, considering how popular and prevalent they’ve become on smartphone app stores. Cash King works like this: you’ll install the app as normal, and then be given access to questionnaires and surveys. Complete them, complete a lot of them, and you’ll be rewarded!

There are several apps like it, and none is really better than the other. It should be noted that you’ll have to complete a lot of surveys in order to make substantial earnings. However, given the popularity of apps like this, that hasn’t dissuaded many people! 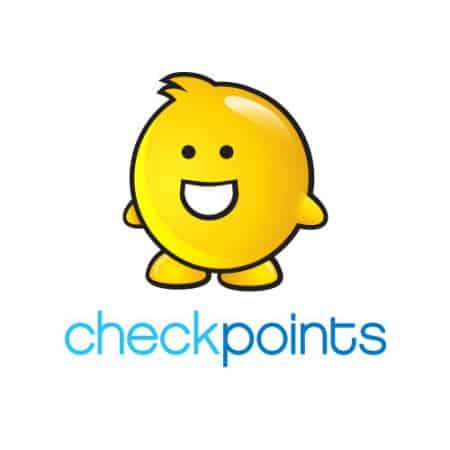 I’ve saved this one for last because familiarity with the other nine apps on this list will tell you exactly what you’re in for with Checkpoints (“the app that pays back!”) Surveys, shopping, videos, rebates, and almost anything else we’ve covered is fair game in Checkpoints. Your rewards will come in much of the same form, too: gift cards, shopping opportunities, and more.

Checkpoints reliably carries a diverse number of tasks for you to participate in, and has absolutely earned its place on this list as a reliable way to turn your app time into pay time!

While the above apps are most certainly some of the most popular on your mobile app marketplace, they’re by no means every app that can lead to you getting paid. Still, based on significant feedback, they’re 10 of the best money-makers that you can use to “get rich,” or, at least, get paid! Chime in below with your own experiences and ideas about how to get paid using apps!

For once, you've got some time to kill. You could go on a walk, call your … END_OF_DOCUMENT_TOKEN_TO_BE_REPLACED

Playing games on your phone can be a great way to kill time, relax, or just take … END_OF_DOCUMENT_TOKEN_TO_BE_REPLACED