Whilst apps like Instagram and Twitter are all about accruing as many followers and likes as possible; there is a whole sub-section of social media where users prefer to express themselves anonymously. Apps like Whisper allow their user base to share secrets, rants, and confessions with those around them without having to worry about being judged or identified.

In a world where our every move is increasingly being monitored and recorded, it’s no surprise that there’s a real market for this type of app, (although you shouldn’t be entirely uncynical about such things). Whisper is perhaps the most well-known anonymous social network, but it is by no means the only one. This article will discuss ten apps like Whisper, to help you find the right one for you. 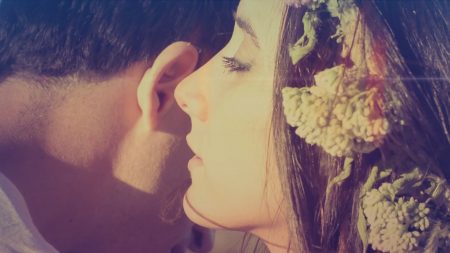 Yik Yak is one of the better known anonymous social networks, and it allows you to see posts that others have made, from within a ten-mile radius. The app allows you to interact with other people’s content, by commenting and “upvoting” other users’ posts – helping the best ones to reach a wider audience. Users can view popular posts in major cities using the “Peek” feature, though this will not be of interest to everyone. Yik Yak is generally quite a busy network and would be an ideal introduction to this kind of app.

The paranoid’s choice of anonymous social media; Cloaq doesn’t require you to enter any personal information when signing up, and instead, each user is given a nondescript username (something which is becoming increasingly common for anonymous social networks). This means that none of your precious information is shared with the app (other than your password), so in the event of a hack your identity could never be connected to your confessions. You might think this would be perfect for Edward Snowden-types, however, we’re sure that if someone tried hard enough, there would definitely be some way of working out who had said what. Still, for everyday anonymity, you can’t get much better than Cloaq.

As the name suggests, this app is intended to be an outlet for its users to let off steam, allowing them to rant and rave till their heart’s content. What’s interesting is that Steams allows users to do this in a very stylish way, boasting an attractive and easy to understand interface, as well as the ability to create some good looking content using images, texts and video. Steams previously had an angry red face as their app icon, and the replacement of this with a more subtle microphone motif suggests a move away from the app’s predilection for negative, angry posts.

Describing itself as “anonymish,” Wut specializes in anonymous messaging, with any posts you make being sent out to all of your Facebook friends also using the app. What makes Wut particularly interesting is that posts only ever appear on the lock screen, and disappear once the phone is unlocked. This kind of transient messaging can be a lot of fun with a big group of friends.

Whilst messages from Wut disappear forever once they’ve been swiped away, posts to Viper are deleted once the poster has left the location from which they were posted. There’s something exciting about knowing that any content you’ve uploaded to the app will be gone the second you disappear into the night. This is the perfect way to anonymously rant about your school or workplace and not have to worry about repercussions the next day.

If you grew up in the age of chatting to random people on chat rooms or instant messaging services, then Popcorn Messaging will be a throwback to these more innocent times. The app allows you to chat one on one with anyone within a mile of your location. Although it’s not as anonymous as some other apps on the list (unless you choose not to share any identifiable information), this app is a genuinely useful way to communicate with others in situations where you don’t know anybody else, such as concerts, events, or when moving to a new city.

With kids being increasingly exposed to anonymous apps it made sense to create one exclusively for them, where they can post in a safe space away from the more toxic elements of social media. After School (not to be confused with a more general social network with the same name) allows school kids to post anonymously to a dedicated school message board which has a zero-tolerance policy against cyberbullying. If kids are going to post anonymously, it’s vital they do so in a safe space like this.

This take on the anonymous chat app – created by a fourteen-year-old – is almost like an attempt to “gamify” the social media sub-genre. Backchat lets users chat anonymously to their Facebook and Google+ friends, whilst giving them “Clues” – details about a users activities and interests – of the other person’s identity, which can also, perhaps controversially, be purchased for $0.99.

Memo attempts to harness anonymous work-related posts in order to improve office standards. When you first sign up, you must verify who you work for, and can then use the app to talk candidly about your experiences in your place of work. These posts are then intended to be read by management in order to assess employee morale. Apparently, Memo is already being used by companies like Amazon, IBM and even the US Military.

This mature take on the anonymous app allows like-minded adults to bond over subjects like relationships, LGBT issues, and parenthood. Users are given writing prompts in an attempt to help them loosen up and join in on the civilized discourse. This is not an app where trolls are welcome, as it serves as a safe space for educated adults to anonymously converse.

As you can see, there are a number of social media apps like Whisper, each of which offers its own unique take on how to anonymously communicate with strangers and those around you. From kids to college students and adults, regardless of your age or interests, this list is bound to help you find the perfect anonymous social network to suit your specific needs.